To understand the most important debate in conservative-libertarian circles, just ask one question: Over what areas of your life does government enjoy complete, arbitrary, and unreviewable authority? Proponents of judicial restraint say “most”; proponents of judicial engagement believe that the correct answer is “few, if any.” How can fair-minded people who honor the Constitution and believe in limited government reach such different answers to such a fundamental question?

It essentially comes down to whether we believe that citizens are entitled to an honest and constitutionally sufficient explanation when the government restricts their freedom. After a period of indecision, the Supreme Court finally said “no” to that question in order to make way for the massive and unconstitutional expansion of government during the New Deal. For most of America’s history, the Supreme Court had little occasion to interpret or apply the Constitution because it was largely inapplicable to the states, and the federal government generally stayed well within constitutional bounds. But that changed in the early twentieth century, when progressives decided that the solution to the Great Depression was to have the federal government assume control of the national economy, and the Supreme Court belatedly realized that when the Fourteenth Amendment says “no state shall do X, Y, or Z,” it actually means that no state shall do X, Y, or Z. Suddenly, the Court was in the business of enforcing constitutional limits on government power against an unabashedly statist, progressive agenda that included everything from federal cartelization of the agricultural, industrial, transportation, and energy markets to eugenic sterilization of “socially inadequate” young people and mandatory racial segregation at the state and local level.

Though it initially resisted many of those usurpations, especially at the federal level, the Supreme Court soon threw in the towel and held that questions regarding federal power, economic regulations, property rights, and almost everything else besides the free exercise of speech and religion would henceforth have to be sorted out at the ballot box. This New Deal “constitutional revolution” was an act of expedience, not principle. It was carried out under the banner of “judicial restraint,” the animating principle of which was that judges must uphold any exercise of government power unless it is explicitly forbidden by the Constitution. The immediate and predictable effect: an explosion in the size, scope, and prerogatives of government.

Judicial restraint creates a ratchet effect in favor of more government power. Most constitutional cases that get to the Supreme Court present plausible arguments on both sides, and if the key question is, “Could I think of some way this policy might possibly be constitutional?” the answer will nearly always be yes. And the resulting expansion of government power in that case will then set the baseline for the next case, where the question will be, “Is this a permissible incremental expansion of power beyond the last one we upheld?” Once again, the answer will generally be yes. Repeat that simplistic equation enough times and eventually you get the government that we have today: massive, implacable, unaccountable, and impossible to square either with the Founders’ promise of a federal government whose powers were to be “few and defined” or with the Ninth Amendment’s command not to “deny or disparage” rights not specifically enumerated in the Constitution’s text—a command extended to the states by virtue of the Fourteenth Amendment’s Privileges or Immunities Clause.

The perverse effects of this reflexive restraint were on full display in the Obamacare cases. The majority twice rewrote key provisions of the Affordable Care Act in order to avoid striking it down or blocking the president’s unlawful payment of subsidies, without which the program would collapse. When Chief Justice John Roberts wrote that “every reasonable construction must be resorted to, in order to save the statute from unconstitutionality,” his emphasis was on “save the statute”—in keeping with the central ethos of judicial restraint.

By contrast, proponents of judicial engagement reject the idea that judges should strive mightily to save statutes or pretend the government is acting for constitutionally permissible reasons when it is not. Judicial engagement calls for judges to decide cases by determining what ends the government is actually pursuing when it infringes someone’s liberty—and ensuring that those ends are constitutionally permissible. Contrary to current Supreme Court doctrine, that determination should always be made by a neutral adjudicator based on admissible evidence rather than government-favoring speculation and conjecture.

Though he has repeatedly criticized judicial engagement, it remains unclear to me which of these prescriptions Mark Pulliam objects to, because he consistently fails to address them. Does he agree with the Supreme Court that the government’s true ends should be relevant in some cases and irrelevant in others? Does he believe that the Supreme Court is correct that only a small subset of constitutional cases should be decided based on facts and evidence, while most are determined based on judicial hypothesis and surmise? And does he agree that judges should serve as advocates for government in most cases by “resort[ing] to [their] own talents” to justify its infringements of liberty?

I think that these restraint-inspired features of modern judicial review are indefensible in principle and disastrous in application. While no theory of constitutional interpretation or judicial review is perfect, some approaches are demonstrably superior to others. Judicial engagement, with its unwavering commitment to honest, impartial judging in every constitutional case, beats the government-empowering abdication of judicial restraint hands down.

Clark Neily and I agree that the Supreme Court took some wrong turns during the New Deal and that some of those mistakes—such as a limitless interpretation of Congress’s power under the commerce clause—have enabled overreaching federal laws and regulations. We also agree that the Supreme Court erroneously stripped constitutional protections from most economic liberties, relegating these freedoms to deferential “rational basis” review, pursuant to which the government usually wins. As a litigator who is often unable to prevail against the government under rules stacked in its favor, Neily is understandably infuriated.

The solution to these problems is for the Court to limit or overturn its errant Commerce Clause precedents and to restore economic liberties to the status they previously enjoyed—not to undertake a wholesale revision of our constitutional system, which is what “judicial engagement” entails. Judicial engagement, as propounded by Neily and some of his libertarian colleagues, goes beyond “honest, impartial judging” in every case; it represents a highly controversial theory of constitutional law based on unwritten—or “unenumerated”—rights lurking in the Constitution, applicable to both the state and federal governments and enforceable by unelected federal judges against the political branches. Judicial engagement presupposes a state of nature in which everything is a protected liberty, all laws are presumptively invalid until proved otherwise, and life-tenured judges decide which laws—local, state, and federal—pass muster.

Judicial engagement is devoid of credible textual, historical, or doctrinal support, which is why critics have described it as faux originalism. To my mind, judicial engagement would create government by judiciary, greatly exceeding the scope of judicial review contemplated by Federalist No. 78 and even the lawmaking role proposed at the Constitutional Convention by James Madison’s Virginia Plan (which the delegates rejected). The Framers feared democratic passions—the “dangerous vice” of faction—but were realistic enough about human nature to diffuse power among three branches of government that would check and balance one another. Judicial engagement would invest undue power in the judiciary, at odds with the republican form of government.

In a constitutional republic, certain principles are placed off-limits to political majorities and protected as constitutional rights. In other areas, the legislative and executive branches make policy choices. Courts are supposed to interpret the Constitution in accordance with its terms and to enforce the rights actually set forth in the document—not to invent rights that comport with their own subjective policy preferences. “Legislating from the bench” is an obvious abuse of the judicial role—and an all-too-common phenomenon since the advent of the Warren Court in the 1960s. By criticizing the concept of “judicial restraint” as resting on the unassailable notion that “judges must uphold any exercise of government power unless it is specifically forbidden by the Constitution,” Neily unwittingly reveals why libertarians advocate a fantasy constitution brimming with “unenumerated” rights waiting to be discovered.

Clark Neily is director of the Institute for Justice’s Center for Judicial Engagement and author of Terms of Engagement: How Our Courts Should Enforce the Constitution’s Promise of Limited Government.

Mark Pulliam is a contributing editor at the Library of Law and Liberty. He writes from Austin, Texas.

What should conservatives prefer? 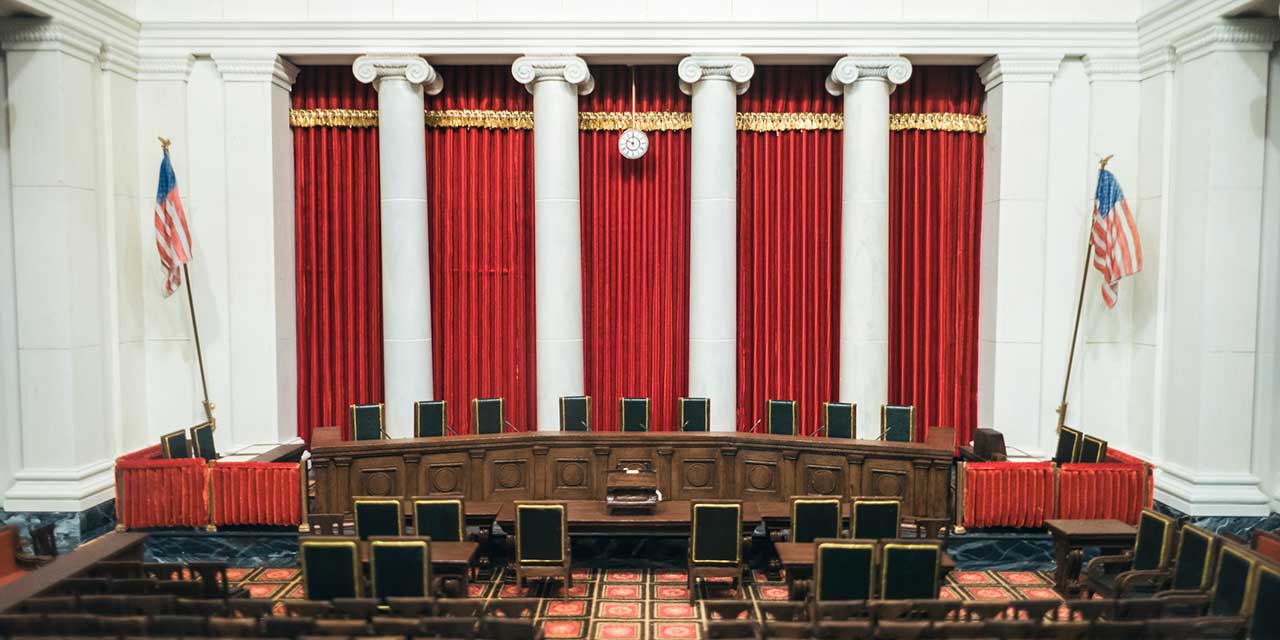 Clark Neily, Mark Pulliam What should conservatives prefer?
More on