In the spring of 1798, a young William Hazlitt was walking with his idol, the poet Samuel Taylor Coleridge, when the two men encountered a fisherman who told them about a boy who had drowned the day before. The fisherman had risked his life trying to save the boy, explaining, as Hazlitt later remembered, that “he did not know how it was that they ventured, but, Sir, we have a nature towards one another.”

The interconnectedness of all things was one of the main themes of Coleridge’s poetry that year, a momentous one in the history of English literature. In June 1797, with Britain at war with revolutionary France, 24-year-old Coleridge retreated to the Quantock Hills of Somerset County, where he befriended another poet, the then-unknown William Wordsworth, 27, who lived nearby with his beloved sister, Dorothy. The two men had previously met, corresponded, and admired each other’s work; Coleridge already thought Wordsworth “the best poet of the age.” Now, in the refuge of the Quantocks from that summer to the next, their friendship blossomed, and so did their writing.

They were different in so many ways, each embodying distinct strains of Romanticism. Coleridge, a bit slovenly, was generous, expressive, and easily moved by the iridescent beauty that he sensed around him. He had a strong religious, even mystical, sensibility. Wordsworth, brooding and distant, had a keen sense of his own greatness and was once seen walking in the moonlight in a black fur cap and green gown looking like a “grand Signior,” as Dorothy recalled. The tension in their ways of being ultimately undid their friendship, but not before it spurred their poetry. Their opposing spirits pushed and pulled against each other that year, unleashing some of the most celebrated poems in the English language, from Coleridge’s “Kubla Khan” and “The Rime of the Ancient Mariner” to Wordsworth’s “We Are Seven” and “Tintern Abbey.” Their time together culminated in the publication of Lyrical Ballads, which ushered in the Romantic movement, forever changing the course of English literature.

How did these two young, troubled men—together with Dorothy, the third person in their creative trinity—manage such a feat, and over such a short period? In his book The Making of Poetry: Coleridge, the Wordsworths, and Their Year of Marvels, the British writer Adam Nicolson re-creates that legendary year in vivid, memorable detail. Having written insightfully about great literature in previous books, Nicolson adopts a more journalistic method in this one. He set out to live as Coleridge and the Wordsworths did. He walked where they walked that year, read what they read, and immersed himself in the early drafts of the poems they wrote, trying to understand what inspired these singular minds and how their creative process unfolded. Part biography, part cultural history, part nature writing, The Making of Poetry explains how the people, places, and ideas that the poets encountered shaped the words that they wrote. The artist Tom Hammick accompanied Nicolson for much of the year, creating woodcuts from the fallen timber of Alfoxden, where the Wordsworths lived—and his images, hauntingly beautiful, illustrate the book.

Nicolson’s history is revisionist. The Quantocks year is often portrayed as an idyllic time of creativity and delight in nature—a writer’s retreat in Arcadia. But darker forces were at work. England was in crisis. The spirit of the French Revolution had crossed the channel, causing great alarm and paranoia throughout the nation. Civil liberties were suspended during the war, and spies were dispatched around the country to sniff out radicals who might be conspiring with the French—even Coleridge and Wordsworth were surveilled by an itinerant spy. The countryside was racked by poverty. Bad harvests and malnutrition had stunted people’s growth. “The country people here,” wrote Wordsworth, “are wretchedly poor; ignorant and overwhelmed with every vice that usually attends ignorance in that class, viz—lying and picking and stealing &c &c.”

The poets, too, were in turmoil. Coleridge, rudderless and full of doubt, was under attack in the conservative press, while Wordsworth, depressed, teetered between despair and guilt—despair over his inability to rise to the promise he sensed in himself, and guilt over abandoning his lover and their daughter in France several years earlier.

Politics also left them wanting. Coleridge and Wordsworth initially supported the French Revolution, but they had grown disillusioned by its fever by the time circumstances brought them together in 1797. Still, they were young and idealistic. But in the Quantocks, they channeled those revolutionary energies toward their writing. On their many walks across the hills, they searched for a new type of poetry that would be “enduring and creative” with “a power like one of Nature’s,” wrote Wordsworth. Their project was fundamentally democratic. Rejecting the artifices of the poetry of their time, they wanted to write poems for ordinary men about ordinary men in the common language of ordinary men. “The political changes of the day,” Hazlitt wrote later, were the model for that year’s “poetical experiments.”

Thus was born Lyrical Ballads, their collaborative work published anonymously in 1798. The collection of poems opened with Coleridge’s “The Rime of the Ancient Mariner” and concluded with Wordsworth’s “Tintern Abbey.” By Wordsworth’s instructions, the design of the book was austere, with no ornamental embellishments or curlicues—to echo the poetry itself. It opened with a short “Advertisement,” or preface, written by Wordsworth, which Nicolson humorously calls “one of the most hostile pieces of marketing material ever published.” “The majority of the following poems,” Wordsworth declared, “are to be considered as experiments. They were written chiefly with a view to ascertain how far the language of conversation in the middle and lower classes of society is adapted to the purposes of poetic pleasure. Readers accustomed to the gaudiness and inane phraseology of many modern writers, if they persist in reading this book to its conclusion, will perhaps frequently have to struggle with feelings of strangeness and awkwardness.”

Unlike the earnest “Advertisement,” much of the poetry itself was fresh and vital. From Coleridge’s “The Nightingale”: “You see the glimmer of the stream beneath, / But hear no murmuring: it flows silently / O’er its soft bed of verdure. All is still, / A balmy night!” And Wordsworth’s “Tintern Abbey”: “Five years have passed; five summers, with the length / Of five long winters! and again I hear / These waters, rolling from their mountain-springs / With a sweet inland murmur.” Some critics mocked the simplicity of the verses, but to others, like Hazlitt, they had “the effect that arises from the running up of the fresh soil, or of the first welcome breath of Spring.”

One of the pleasures of Nicolson’s book is that it gives readers a behind-the-scenes view into the poets’ creative process. We see Coleridge walking through a wooded landscape in his signature zigzag stride, notebook in hand, jotting down impressions. We see Wordsworth, following the path with more deliberation, uttering phrases that Dorothy, trailing behind, is taking down. “The evening was dark and cloudy,” Dorothy wrote to a friend about one walk: “We went eight miles, William and Coleridge employing themselves in laying the plan of a ballad, to be published with some pieces of William’s.” We also see Wordsworth, in his notebooks, reworking fragments of poems, crossing out false starts, and simplifying his language—“refining his meaning,” writes Nicolson, “in consecutive phrases like a man molding and reshaping the nature of what it is he needs and wants to say, trying always and repeatedly to catch the animated greatness of the wind in these trees and on these heights.”

In one charming anecdote, Coleridge suggested that the two men write a prose epic about Cain. Wordsworth was to write the first part, Coleridge the second, and whoever finished first, the third. Coleridge quickly wrote his section and rushed into the room where Wordsworth was working. Thirty years later, Coleridge remembered the scene: “I hastened to him with my manuscript—that look of humorous despondency fixed on his almost blank sheet of paper, and when its silent mock-piteous admission of failure struggling with the sense of the exceeding ridiculousness of the whole scheme—which broke up in a laugh.” They abandoned the epic. Instead, Coleridge wrote “The Rime of the Ancient Mariner”: “It is an ancient Mariner, / And he stoppeth one of three / ‘By thy long grey beard and thy glittering eye, / Now wherefore stopp’st me?’”

This story hints at the other dark spirit animating that year—the tension between the two men. Over the months, their friendship and collaboration grew strained. “The style of Coleridge and myself would not assimilate,” Wordsworth wrote. Wordsworth preferred writing simple and direct verses about the world as he directly experienced it, while Coleridge wrote poetry with metaphysical themes in language that was overwrought. At times, Coleridge found Wordsworth’s poetry too prosaic, “clinging,” he wrote a friend, “to the palpable, or often to the petty.” Wordsworth, for his part, thought Coleridge’s style was affected and later disparaged “Mariner” as poorly written.

It did not help that Coleridge prostrated himself before Wordsworth’s greatness. “His philosophic poetry had a grand and comprehensive spirit in it, so that his soul seemed to inhabit the universe like a palace, and to discover truth by intuition, rather than by deduction,” he told Hazlitt. “I have now known him a year & some months,” he wrote another friend, “and my admiration, I might say, my awe of his intellectual powers has increased even to this hour.” To another: “The Giant Wordsworth—God love him! . . . he has written near 1,200 lines of a blank verse, superior, I hesitate not to aver, to any thing in our language which any way resembles it.”

Coleridge’s inferiority complex and Wordsworth’s sense of superiority were ultimately a toxic brew for their friendship and for Coleridge’s creative development. Speaking of Wordsworth’s resistance to his ideas, Coleridge noted that it was difficult “for a mind so original to compose another man’s thoughts and fancies.” In the years to come, Coleridge would lose faith in his standing as a poet, deferring to Wordsworth in edits and “labouring over revisions of Wordsworth’s own poems,” Nicolson writes. When an updated edition of Lyrical Ballads was published in 1800, it appeared under Wordsworth’s name alone, though it also contained Coleridge’s work.

Wordsworth may have been the greater poet—but Coleridge was the more visionary one, Nicolson hints. When they first connected in the Quantocks, Wordsworth’s verses were fragmentary, and his spirit was “dead to deeper hope.” Nicolson writes that Coleridge was a “vital life-spirit pouring into Wordsworth.” With Coleridge’s encouragement, Wordsworth overcame his despair and began to see the world anew as a transcendent and enchanted place, in which all things were connected. When Wordsworth wrote in his notebooks that year that “unknown modes of being” are “bound / Together by a link, & with a soul / Which makes all one,” it was Coleridge speaking through him. Later, Wordsworth became fond of quoting from Milton’s “Paradise Lost,” lines that sound more Coleridgean than Wordsworthian: “Millions of spiritual creatures walk the earth / Unseen, both when we wake and when we sleep.”

The solitary genius may be a trope of the Romantics, but in 1797 and 1798, it was two men of greatness whose minds came together to create a new kind of poetry.

Emily Esfahani Smith, a journalist in Washington, D.C., is the author of The Power of Meaning. 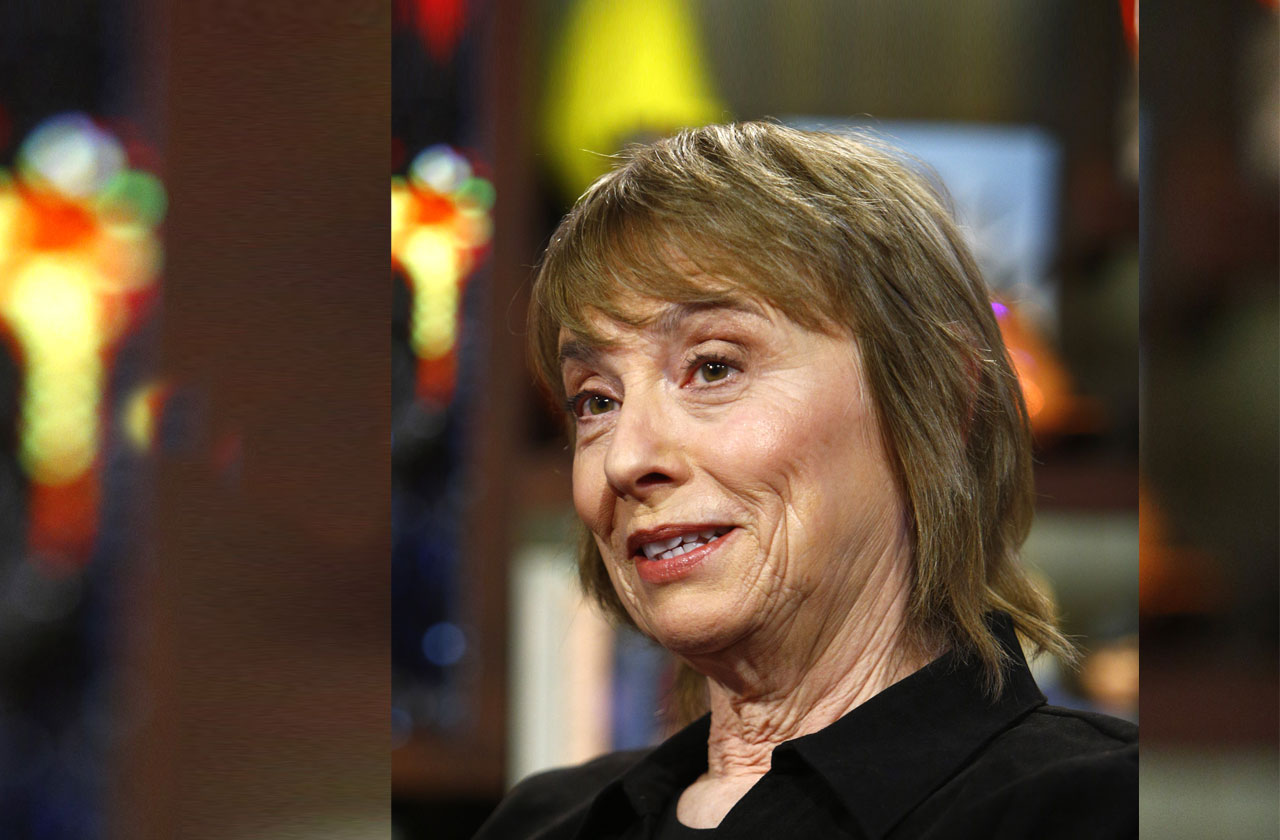 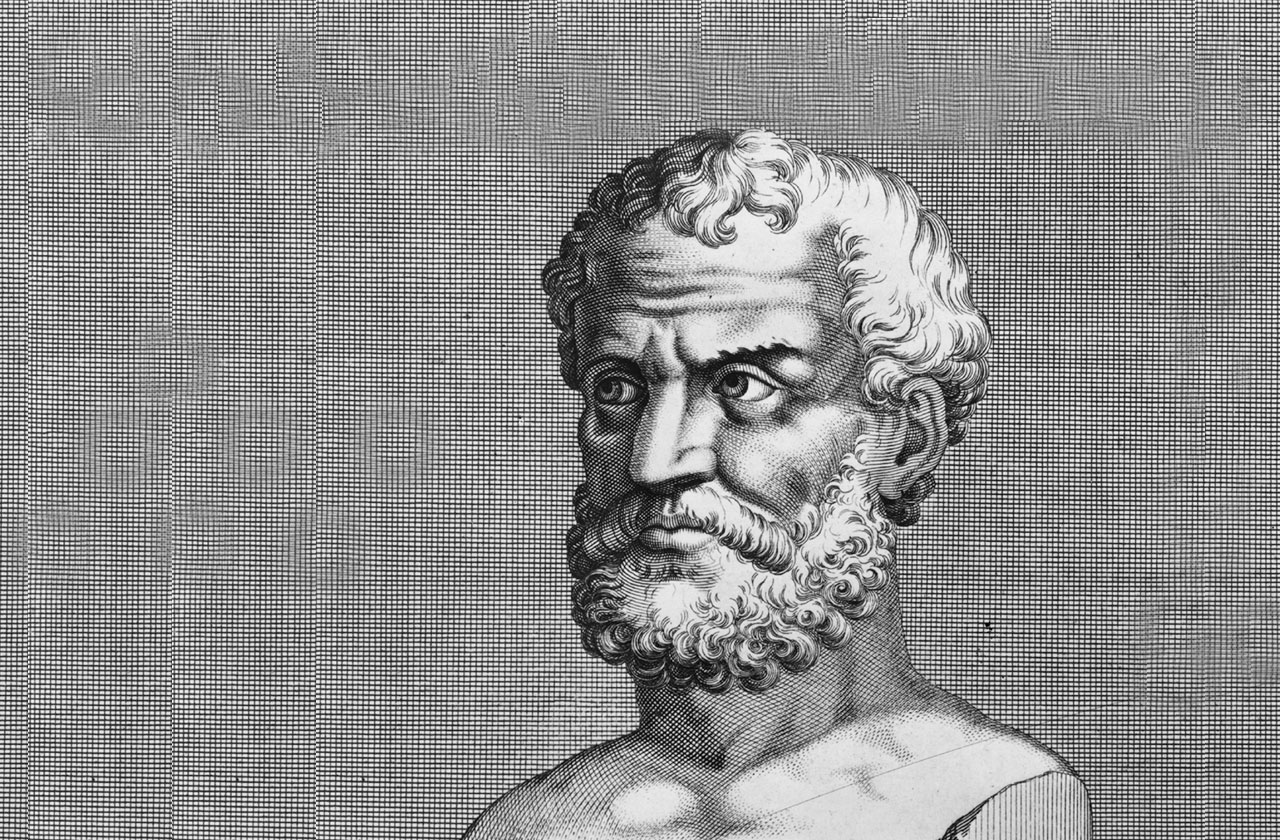 Emily Esfahani Smith A new translation of Theophrastus offers humorous and insightful glimpses into personality types—including our own. 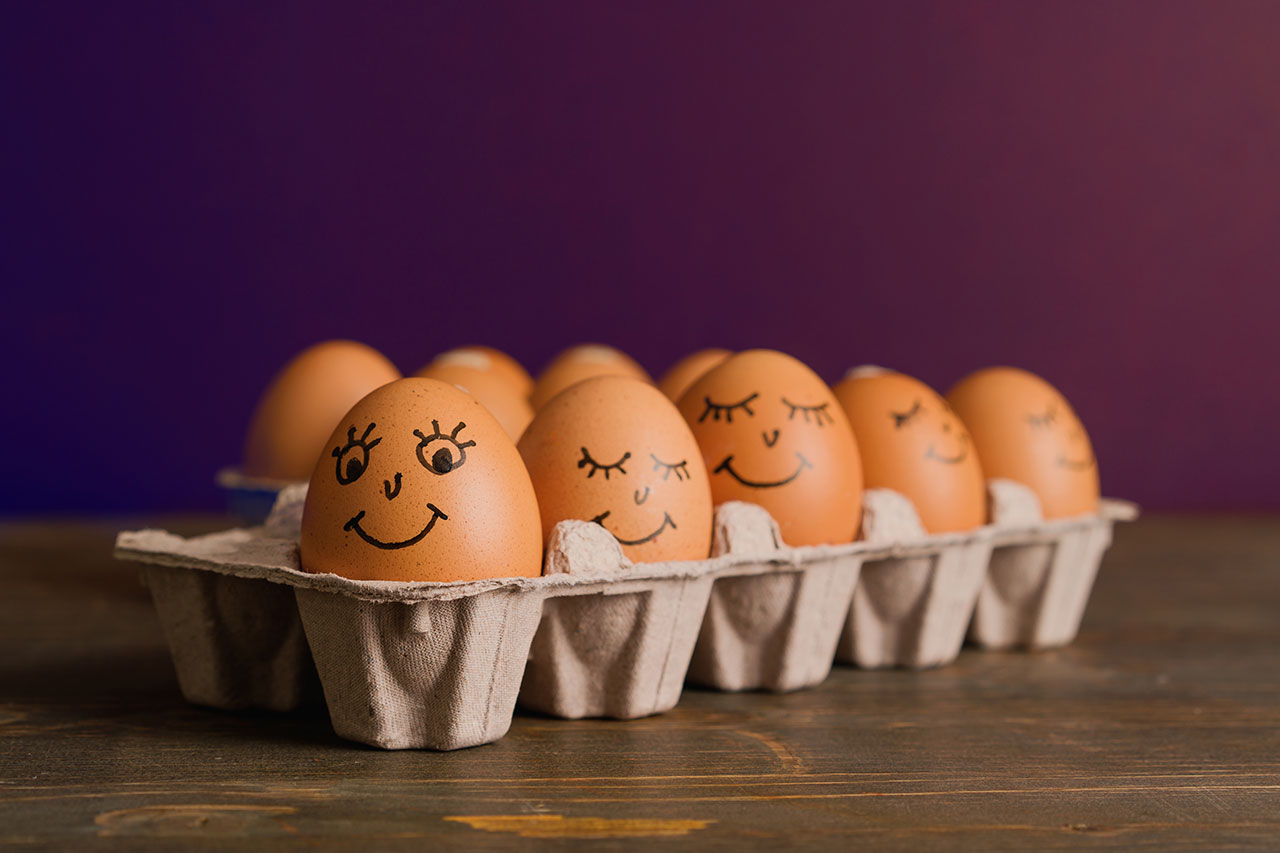 Emily Esfahani Smith Today’s college students have been raised to view discomfort as intolerable.
More on