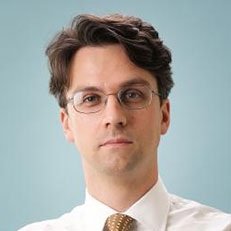 Stephen Eide is a senior fellow at the Manhattan Institute and contributing editor of City Journal, where he researches state and local finance and social policy questions such as homelessness and mental illness. He spoke with City Journal associate editor Daniel Kennelly about New York City’s homeless population during the Covid-19 pandemic, policing and public order, and the pace of New York’s recovery.

What are the challenges facing New York City and its homeless population as winter approaches amid the pandemic?

Homeless services in New York still operate on a mid-April mindset. That’s the case even though Covid didn’t harm the homeless population as much as many feared, the Covid situation citywide is far more under control, and other cities are now trying to restore normalcy (if that’s the right word) to homeless services. Current protocols, the isolation-hotel approach most notably, will need to be changed, but when that should happen has not been agreed upon.

How are the protests and Defund the Police movement changing policing in New York?

They’ve weakened support for quality-of-life policing without offering a credible alternative. Progressives will concede that we need cops to respond to serious felonies, but they want to rely less on them to address noise complaints and mental-health crisis calls or to manage protests. The broader public remains unpersuaded by this philosophy, but many city politicians are strongly sympathetic, and elites wield disproportionate influence, given low engagement in local politics in New York.

Fewer gentrifiers. Less tourism, domestic and foreign. Less of what E. B. White called the “tidal restlessness” of daily commuter traffic. To recover, New York needs to bring back the crowds, on which the city’s entire economic model is based. It needs to coax hundreds of thousands of metro-area residents into unwinding their current teleworking arrangements. New York will come back, but at a slower pace than the nation.

In your Summer 2020 City Journal essay “Amy Cooper’s Town,” you noted that “shared public spaces require shared standards of order." Do these still exist within New York neighborhoods, let alone in the nation as a whole?

In modern America, crises seem invariably to divide us more than unite us: 9/11, the financial meltdown, and now Covid-19. New divisions have sprung up everywhere, and at the neighborhood level, too. Some people enjoy lighting fireworks off all night; some people have to work the next day. Some people object to living next to a shelter housing 200 single men with behavioral-health problems; others can think of no better example of “integration.”

If you had to recommend one book to shed light on this year, what would it be?

Christopher Caldwell’s The Age of Entitlement.

Stephen Eide The policy shouldn’t be as dominant as it is.
eye on the news

Republicans to the Rescue in Oregon?

Stephen Eide Win or lose, gubernatorial candidate Christine Drazan is likely to make a positive impact on politics in the state—and especially in its troubled largest city.
books and culture