Illegal immigration to the U.S. is flourishing—and so are the mischaracterizations about why migrants are coming here. One of the most common distortions is the stock phrase that migrants come here “fleeing violence and persecution.” It’s meant to inspire sympathy, but here’s an assertion that’s much closer to the truth: migrants are flooding into the U.S. because they’re seeking higher-paying jobs and more generous welfare benefits, and because they think we’ll let them stay now that Sheriff Joe Biden is in charge.

Ecuador, a beautiful Andean nation of 17 million, illustrates this point. In the first six months of 2021, authorities apprehended more than 45,000 Ecuadoran migrants on the U.S. southern border—a 434 percent increase over last year. (By comparison, during the same period authorities caught about 25,000 Venezuelans, and apprehensions of Mexicans and Central Americans were up 144 percent.) These rather inconvenient migrants expose the “violence and persecution” storyline for what it is: hyperbole bordering on falsehood.

For years, the Cuenca region in Ecuador’s south has sent more migrants to the U.S. than any other in the country. Cuenca is a charming, safe place that’s also an increasingly popular retirement haven for Americans. International Living, Money, Stern, and numerous other publications have rated Cuenca as one of the best places in the world to retire. In 2020, the U.S. homicide rate was 11.4 per 100,000. In Ecuador, it was 7.7.

I just returned from a three-week trip to Ecuador with my wife and two children. We traveled to the country’s three largest cities (Guayaquil, Quito, Cuenca) among other destinations and couldn’t have felt more safe or welcomed. I spoke to many Ecuadorians, including quite a few who would like to move here. None mentioned fear of violence, persecution, or climate change—another pet theory the Left has for why many want to move here. Ecuador’s per capita GDP is just over $6,000, and everyone there who has entertained the idea of moving to the U.S. has heard Biden’s welcoming rhetoric on migration.

One cab driver in Cuenca told me that he was saving up the $15,000 he needed to pay a coyote to make it to Chicago illegally. A friend of his had recently made the journey successfully and said that the coyotes could match him up with a child—age 8 to 15 or so was best—to improve his chances of being let in. Our ten-minute cab ride cost $2, and cab drivers in other cities like Quito and Guayaquil are also being undercut by Uber drivers, so it’s easy to understand why he doesn’t want to stay put.

Ecuador became a haven for U.S.-bound migrants from around the world under the leadership of former President Rafael Correa, a leftist amigo of Nicolás Maduro who was in office from 2007 to 2017. He believed in “universal citizenship” and welcomed anyone to travel to Ecuador visa-free. Ecuador became a hotbed for human smugglers, as thousands of migrants from the Middle East, Africa, and beyond entered the country and then came to the U.S. overland via Colombia, Central America, and Mexico. Ecuador later amended the policy, but citizens of just 11 countries need visas for Ecuador now, so it’s still a global rallying point for U.S.-bound migrants.

Ecuador recently elected a new conservative president, Guillermo Lasso. After years of failed leadership from Correa and his leftist successor, Lenín Moreno, there’s some optimism that Lasso, a businessman and banker, will turn the economy around. But wages in Ecuador will likely never approach U.S. levels, so migrants will continue to be tempted to cross illegally.

Economic migrants hail from many other countries besides Ecuador, of course. U.S. authorities detained 24,633 Brazilians at the border in the first six months of the year, representing a 631 percent year-over-year increase. Brazil has its share of problems, but one cannot plausibly claim that migrants there are fleeing widespread violence or persecution. These figures don’t even include July, which reportedly saw the highest number of migrant apprehensions (210,000) in more than 20 years.

I don’t blame migrants from Brazil, Ecuador, or any country who want to better themselves by moving to the United States. But those who are desperate enough to break our laws, from Ecuador or anywhere else, tend to be less skilled and educated than those holding out hope to come legally. According to Pew Research, immigrants in the country illegally are much less likely than lawful immigrants to be proficient in English (34 percent vs. 57 percent in 2016) or hold a college degree (17 percent vs. 37 percent), for example.

As the most desirable destination in the world for immigrants, the United States can afford to be choosy, so there’s no reason to settle for anyone but the best and the brightest rather than simply letting in whomever shows up and then telling the American people that they came “fleeing violence and persecution.”

Democrats understand that Americans are sympathetic to those fleeing genuine danger and oppression. Lumping that comparatively small group of migrants into the same basket with a much larger group of economic migrants from countries like Ecuador is merely a political ploy in the service of misguided policy. 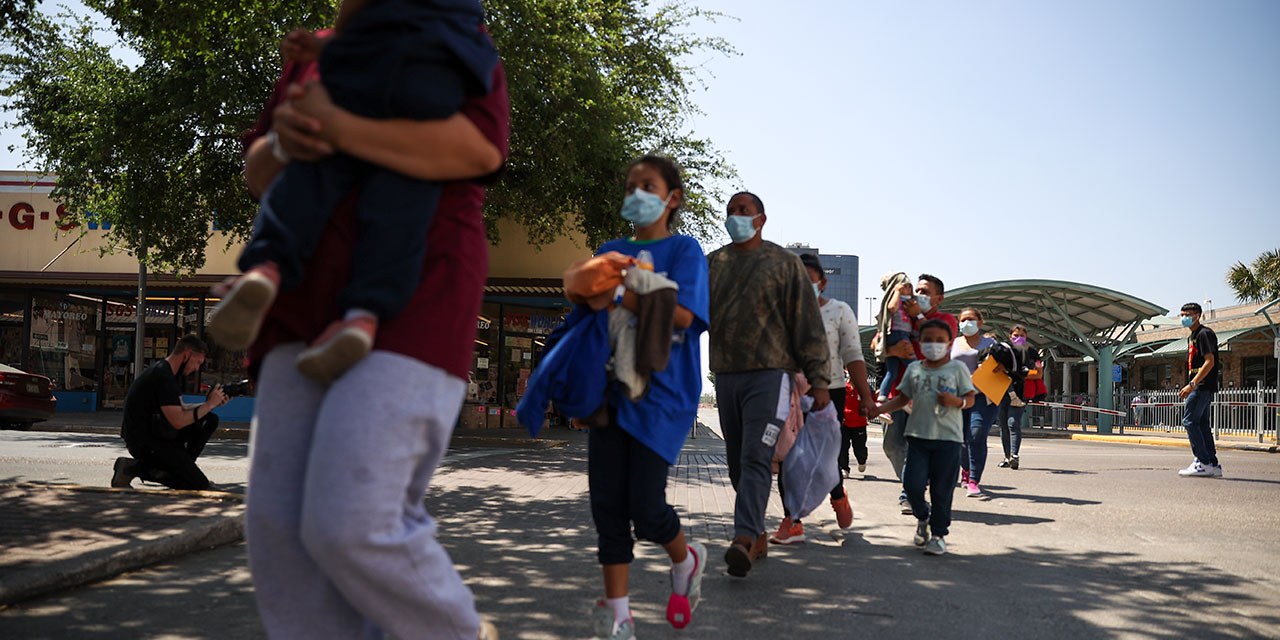