According to whistleblower documents, the training begins with the premise that “virtually all White people contribute to racism” and have internalized “fairly consistent narratives about race” that “don’t support the dismantling of racist institutions.” Therefore, the trainers argue, white federal employees must “struggle to own their racism” and “invest in race-based growth.”

“White managers” are asked to create “safe spaces” where black employees can explain “what it means to be Black” and be “seen in their pain.” White employees are instructed to “provide unconditional solidarity,” remain silent, and “sit in the discomfort” of their own racism. If any conflicts arise, the trainers insist that whites “don’t get to decide when someone is being too emotional, too rash, [or] too mean” and cannot protest if a person of color “responds to their oppression in a way [they] don’t like.”

Ross, who created the training, is a fixture in what can be called the “diversity-industrial complex.” Based on a review of federal contract data, since 2006, he has billed the federal government more than $5 million for diversity trainings, seminars, and materials. His biggest year was 2011, when he billed the General Services Administration $3 million for “consulting services” and NASA $500,000 for “power and privilege sexual orientation workshops.”

It’s somewhat distasteful, though crucial, to disclose that Ross is white. He holds a bachelor’s degree in history but has positioned himself as an expert in “neuro-cognitive and social science research,” spending the past three decades selling “unconscious bias,” “white privilege,” and “white fragility.” Ironically, though, Ross has used his own privilege to enrich himself at taxpayers’ expense. In the language of his own discourse, he has monetized collective black pain to create individual white profit.

Incredibly, Ross and his likeminded colleagues have expanded their footprint under the conservative Trump administration. Based on a review of federal contract data, since Trump’s inauguration, Ross has conducted at least 17 trainings for federal agencies, including the Department of Justice, the National Institute of Health, and the Office of the Attorney General. The permanent bureaucracy understands that it can ignore the policies and priorities of any one administration, while building institutional power according to its own ideological agenda. The diversity consultants and their bureaucratic enablers want to convert “everyone in the federal government” to the work of “antiracism,” a concept that, in their vision, does not signify colorblindness but rather an aggressive new racialist ideology. The trainings make clear its assumptions and prescriptions.

As Treasury Department documents reveal, the new directives won’t be confined to the workplace. At the end of the training, Ross instructs federal employees to “talk to [their] children about race,” because “bias begins to take shape in our brains around 3 years old.” It’s easy to see where it goes from here: a nonstop sequence of diversity seminars, trainings, and curricula, from preschool to grad school and beyond.

What can be done? First, the Senate Finance Committee should immediately launch an investigation into the Treasury Department’s training and Ross’s massive contracts. Second, Trump should issue an executive order banning federal agencies from teaching the toxic principles of critical race theory, race essentialism, and neo-segregationism. And finally, the public should brace for a long war against the diversity-industrial complex and its enablers. 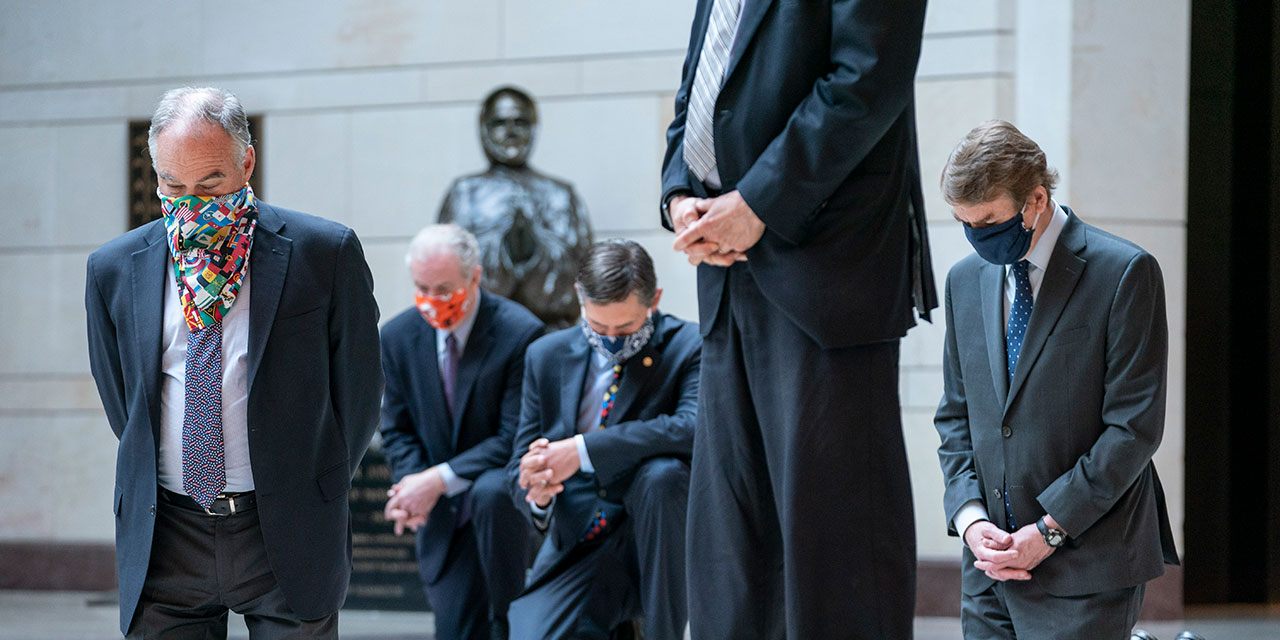