Over the past century, as globalization accelerated, viral epidemics have become a serious threat to humanity. In 1918, the Spanish flu killed about 50 million people around the world. The average age of victims was 20, and many died within a day. A comparable flu struck Mexico in 2009, infecting at least 1 million victims. This time, the average victim age was 40. Such flus or pneumonias, different from ordinary seasonal flus, kill the young rather than the elderly. Youth lack natural immunity because of their limited exposure to viruses.

These epidemics are becoming recurrent, too, and emerging more quickly. They’re especially prevalent in China, which has experienced remarkable growth since the turn of the century. In 2003, a pneumonia epidemic, SARS, infected thousands in China before reaching Canada and the United States. At the time, the SARS story paralyzed media, but even today, we don’t know how many people succumbed to the virus, because Chinese authorities hid the evidence.

Now China’s latest epidemic, the coronavirus, is causing anxiety worldwide while remaining largely a mystery. Coronavirus typically spreads between animals and humans, the illness leaping from one to the other, mutating and becoming deadlier as it evolves. The latest mutation originated somewhere in China’s Wuhan region, home to vast chicken and pig farms, where dubious hygienic conditions prevail amid a large population. But now the virus has traveled, as did previous epidemics. The Spanish Flu, for example, likely started on a U.S. chicken farm and then traveled by ship. It took one infected sailor, going from port to port, to create a global pandemic. But the risk is even greater today, with airline traffic making the globalization of a virus almost immediate.

When a new virus emerges, it takes months to create a vaccine for treatment. In the interim, only time and isolation can manage infection rates. Nor is there any remedy other than medicines that ease symptoms. The highly respected French epidemiologist Robert Sebag told me that, judging from past experience, it’s conceivable that up to 15 percent of those who contract the Wuhan virus could die. Chinese officials, though conceding that the virus is highly contagious (and more so than SARS), maintain that the more likely figure is 3.5 percent. This is, of course, largely guesswork for the time being. The only effective measure against the virus at this point is to isolate the sick to control contagion. But the source remains unknown, making management difficult; and not enough Chinese doctors exist—and not all are competent—to contain an illness spreading from city markets to the countryside.

Chinese Communism worsens the problem. According to Communist Party logic, all is well, and news that reflects poorly on the government must be suppressed. Any negative development, from a train accident to an epidemic, is harmful to the Party’s glorious and progressive image. Dissimulation is the norm throughout the land. In 2003, for example, China denied the SARS epidemic; once the virus had spread beyond its borders, Beijing’s admission came too late to do any good.

This time, China is taking an aggressive approach, isolating a province of 40 million people. It’s still too late, though: the epidemic required a quicker response to a smaller area, but local authorities delayed action in favor of silence. As a result, since the epidemic began—the start date remains unknown—several million travelers have entered and left Wuhan. Now coronavirus has spread throughout China, as well as France, Canada, and the United States. At this point, isolation is likely impossible, and even the Chinese government will have difficulty detaining 40 million people. For now, the coronavirus will have to run its course, and when it subsides, it will take months to determine how many succumbed to the illness.

Such epidemics will occur again—perhaps as soon as next year. Establishing better sanitation standards on Chinese farms could improve prevention. The Communist Party must also change its culture by rewarding, rather than punishing, those who raise alarm. An early quarantine, even if it proved groundless, would be better than one that is late and useless.

An effective vaccine protocol isn’t beyond reach. Current flu vaccines protect against about 20 percent of cases, depending on the seasonal mutation. It would be possible to create and store vaccines over a larger spectrum, on the order of 80 percent, but this would require massive investment in research and production. The University of Minnesota’s Michael Osterholm, an expert in fighting the flu virus, believes that scientists should equate battling deadly epidemics with the Manhattan Project—this time, to save lives. Indeed, considering the number of avoidable deaths, such a project would be economically viable. But people have short memories. The flu has been around as long as humanity; it ravaged ancient Greece. Yet it goes forgotten from one year to the next.

Another problem: we confuse seasonal flu with special viral strains that kill younger people in huge numbers. No one wishes for it, but only a global epidemic of extreme gravity could launch the necessary research and change political behavior. We don’t know if the Wuhan virus will spark such a change. The threat, in any case, is more serious and more immediate than global warming—but will a real threat arouse less fear than a theoretical one? 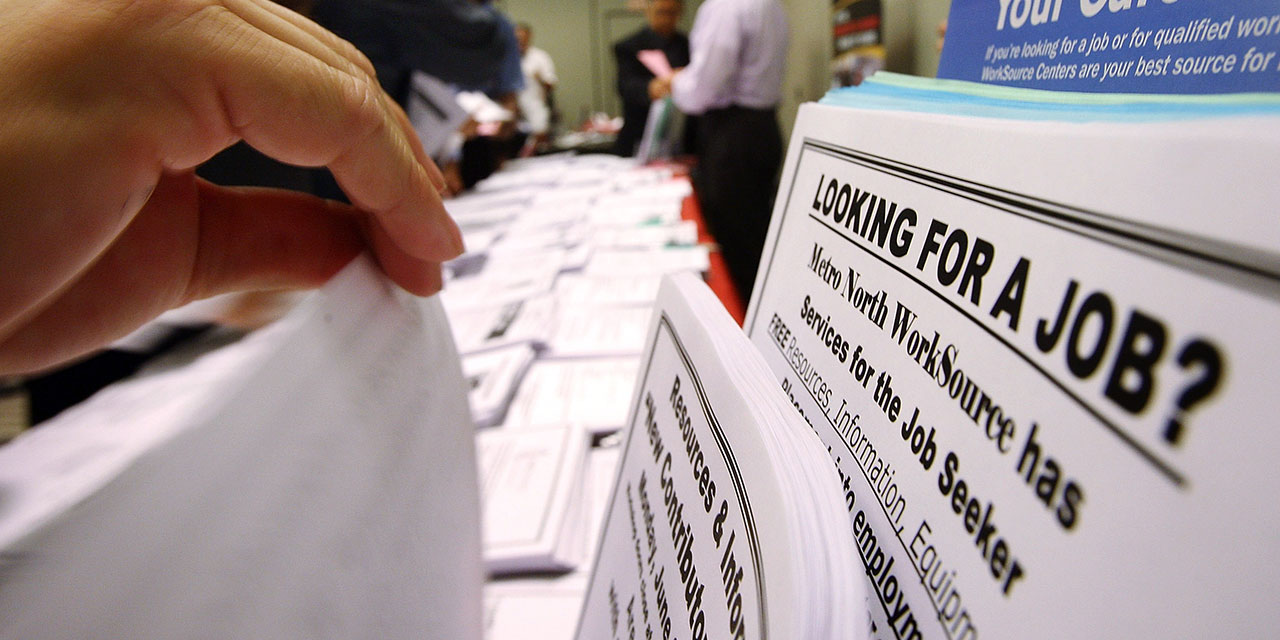 Megan Rose Expanded federal unemployment benefits are discouraging work among people who need it most.