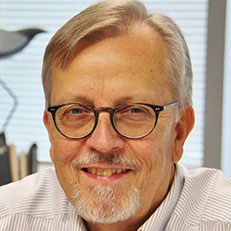 Stephen J.K. Walters is the author of Boom Towns: Restoring the Urban American Dream (2014), chief economist at the Maryland Public Policy Institute, and a fellow at Johns Hopkins University’s Institute for Applied Economics, Global Health, and the Study of Business Enterprise. He recently spoke with City Journal associate editor Daniel Kennelly about urban decline and renewal after the pandemic.

In Boom Towns, you wrote that cities thrive when their leaders focus on encouraging capital formation. Which cities have been getting this right?

A big worry right now, during our national conversation about race and inequality of incomes and wealth, is that we’re “rounding up the usual suspects” and ignoring mundane but very important influences on any city’s ability to attract capital investment and enable its residents to flourish. We talk a lot about historic wrongs—for example, covenants that reinforced segregation in housing—but overlook many current policies that repel capital investment and thus limit job growth, reduce productivity and incomes, and slow wealth creation in many cities.

That’s why I recently wrote about Detroit’s high property tax rate as a key factor limiting its future and damaging its predominantly black population’s efforts to accumulate wealth. Tax issues seem dull compared to narratives about discrimination, but high, non-competitive tax rates (relative to nearby alternative locales) are key “structural” factors that contribute to flight of capital and population. Unfortunately, quite a few cities with large black populations—my hometown of Baltimore, Bridgeport, Cleveland, Memphis, and Newark are examples—are burdened by non-competitive tax systems.

The good news is that there is a way for cities to solve this problem without doing violence to short-term budgets and municipal services. As a couple of case studies in Boom Towns demonstrated—San Francisco and Boston, which turned around following adoption of property-tax caps—such reforms can produce favorable effects very rapidly. More recently, Washington, D.C., reversed a sharp descent with its 1999 tax reform. And it’s no coincidence that many other cities with low property-tax rates—Charlotte, Denver, Nashville, Salt Lake City—tend to be magnets for employers and “creatives.”

It’s also important to note that a tax system which invites capital investment can co-exist with a progressive political culture. Seattle is a great example: Washington (like California) has a 1 percent cap on property taxes and no state income tax. So both physical and human capital get taxed lightly there. I look forward to future assessments of how much of a competitive boost that gave Amazon and Microsoft as they fought to grow from “start-ups” to become market leaders.

I’m not optimistic. Of course, an infusion of capital will have some favorable impact. But history provides many examples of government attempts to allocate investment that have gone awry. Indeed, the original “redlining” maps—now a widely cited example of systemic racism—began as part of a federal program that advocates argued would improve capital allocation in urban housing markets, which the Depression seemed to suggest could not be trusted solely to the private sector. Similar logic animated the creation of public housing authorities; urban renewal (“slum clearance”) programs also have a checkered past.

Perhaps this time will be different, but the main worry here is that we seem to be treating symptoms rather than causes. In Detroit, for example, the plan is for targeted tax breaks to cover the gap between a property’s redevelopment cost and its market value—which is partly a by-product of the city’s tax system. These special subsidies will never be enough to re-capitalize the city and are themselves inequitable. It would be much better to offer cities incentives to create more competitive tax systems that would invite larger and more broad-based capital flows.

What are the most important steps the next mayor of New York can take to help the city recover from the economic shock of the Covid lockdowns?

Obviously, returning to a successful strategy on public safety is a key element in such a recovery—and voters seem well aware of that. More broadly, though, the next mayor of New York—and mayors elsewhere—will preside over what might be called America’s “Great Remodel.” The way we work, play, and travel are changing in dramatic ways. We’re going to invest a great deal of financial capital and creative energy in changing our built environment to accommodate new ways of living, and the regulatory institutions and processes that cities employ to control that environment need a major upgrade.

In many cities, zoning and permitting regulations are too prescriptive, and the bureaucracies that oversee them are too slow and inflexible to facilitate the remodeling that many individuals, employers, and entrepreneurs will find necessary in the post-pandemic world. City regulatory agencies need to become much nimbler and more open to new ways of thinking; the costs of transacting with them must be sharply reduced. Investment dollars and residents will flow to cities that have a receptive tax system and an efficient, adaptable regulatory regime, and away from those that do not. That’s always been true, but Covid will be a huge accelerant.

Baltimore’s experiment with de-policing precedes the present “defund the police” movement by several years. Based on that experience, what should cities embarking on that path expect in the coming years?

My hometown is a tragic leading indicator of the effects of having fewer boots on the ground in the fight against violent crime. Our murder rate trended upward almost immediately after city leaders began to cut the number of budgeted police positions, and well before the police shooting of Michael Brown in Ferguson, Missouri, or our own “uprising” following the death of Freddie Gray in police custody.

But Baltimore is a cautionary tale about crime and policing for an overlooked reason. While a widely held (and mistaken) belief that policing doesn’t much affect crime undoubtedly played a role in the decision to de-police, so did public finance. The city once had a much larger population of taxpayers, and when many fled to the suburbs the fixed costs for pensions and health care for retired cops (and other public employees) fell more heavily on those who remained. With the city maxed out on tax rates, leaders started cutting police personnel in order to cover those fixed costs. As a result of this relentless budget math, shrinking cities like Baltimore can be de-policing without actually de-funding the police department.

Over time, this can unleash a vicious cycle: de-policing leads to higher crime, which contributes to flight, which strains budgets and leads to fewer resources for public safety (and much else), and away we go. Even prosperous cities now experimenting with de-policing (and its companion, de-prosecution) should beware.

What recent books do you recommend on urban affairs?

Let’s start with three non-recent ones that are classics. We’re in a time when cities face new challenges and are tempted to address them with old solutions; all three provide cogent critiques of those old approaches. First, of course, is Jane Jacobs’s The Death and Life of Great American Cities. It’s not just a wonderful diagnosis of how cities work (or don’t) at a micro level but a model of close observation, careful logic, and elegant writing. Then there’s Edward C. Banfield’s The Unheavenly City. Highly controversial in the 1970s, Banfield’s book focused our attention on people and culture and how policies affect them. Finally, Fred Siegel’s The Future Once Happened Here is a perfect illustration of how careful case studies and detailed histories can teach us so much about the complex interaction of policy ideas and practical politics in cities.

Slightly more recently, Edward Glaeser’s Triumph of the City provides a sweeping, international perspective that’s simply magnificent. Joel Kotkin’s The City: A Global History is equally valuable, and his The Human City: Urbanism for the Rest of Us is an incredibly insightful and provocative analysis of where cities might be going next.

When it comes to “urban affairs,” though, I generally recommend authors who address crucial national issues that just happen to have special relevance for cities. Thomas Sowell’s latest book—published on his ninetieth birthday—is a great example: Charter Schools and Their Enemies is a must-read on the issue of achievement gaps and school reform and received this year’s Hayek Prize from the Manhattan Institute, as you know. And Heather Mac Donald’s The War on Cops is the most careful, thorough, and evidence-based analysis of crime policy to be found these days. Indeed, anything by these authors should be consumed eagerly.

A Culture of Corruption

Stephen J. K. Walters The stage is set for an economic replay.
More on