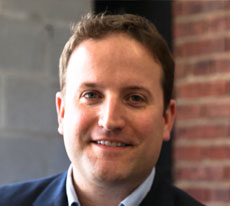 In this week’s City Talk, John Lettieri discussed the media’s misunderstanding of the Rust Belt, demographic challenges in struggling communities, the federal opportunity zone program, and more with Charles F. McElwee, assistant editor of City Journal. Lettieri is cofounder, president, and CEO of the Economic Innovation Group (EIG), where he leads efforts to study and address regional divergence and the decline of economic dynamism in the United States. He is also a visiting fellow at the American Enterprise Institute and serves on the Board of Regents at The Fund for American Studies and on the Board of Directors for Lincoln Network.

What does the media misunderstand about the Rust Belt?

Too often, the national press fails to account for the fundamentally different challenges between cities in the industrial Midwest and fast-growing, superstar metros elsewhere in the U.S. This especially applies to narratives about gentrification, neighborhood change, and displacement. Concerns that may be well-founded in Queens, for example, have almost no bearing on Akron. Rust Belt residents are more likely to experience displacement from economic decline than from affluent newcomers invading their neighborhoods. Rather than struggling with high housing costs, they’re more likely to be feeling the effects of a housing market so weak that little incentive exists to invest in upkeep.

What is the greatest challenge confronting Rust Belt communities?

One issue EIG has been looking at closely is the extent to which demographic decline is a cause—not simply a consequence—of economic challenges in troubled cities. The Midwest and Northeast are particularly exposed to demographic decline, with severe consequences for local housing markets, municipal finance, and rates of business formation. Most troublingly, we found that the prime working-age population declined in 80 percent of counties nationwide from 2007 to 2017. For many Rust Belt communities, demographic decline is at the root of almost every major economic challenge. Policy responses need to be focused on human capital.

How is the opportunity-zone program working?

The initiative, though two years old, remains in its early stages. But billions of dollars are already deployed across the country, and I’m encouraged by what I see. One of my favorite case studies comes from Brookville, Indiana, a town of only 3,000 people, which demonstrates how opportunity zones can support various community priorities. Now it’s a question of scale. The policy’s long-term success depends on more communities following the model of early standout cities, including Erie, Baltimore, and Birmingham.

What are the best ways for civic leaders to reimagine their struggling communities?

It starts with a clearly defined vision backed by real leadership from the public sector, anchor institutions, and local employers. Many communities have enormous untapped potential but suffer from a lack of fundamental vision, coordination, and accountability. No federal program or philanthropic grant can substitute for those basic ingredients. Erie, once a poster child of disinvestment and population loss, is now showing signs of a renaissance. Erie’s civic leadership recognized that the city had hit bottom. They fully committed to a different approach that involved local institutions working together in a new way. Their example should offer hope to other communities looking to revive themselves.

How can midsize industrial cities retain their prime working-age populations?

Mayors seem to understand that immigration is an essential ingredient of local economic growth and dynamism. It’s also important for population growth, especially in many midsize cities that have watched their communities shrink for decades. So, one way we can help these cities maintain a robust working-age population is to have a federal policy that supports mayors, governors, and county officials working to make their communities attractive to immigrants. EIG has proposed the “Heartland Visa,” which would bolster community workforces by attracting skilled and entrepreneurial immigrants. Mayors have embraced this idea on a bipartisan basis, and I believe that it’s one of the best ways that federal policy can reinforce the creative work of local officials.

Aaron M. Renn Chicago’s core problem is that it struggles to lure top talent away from coastal superstar cities.
eye on the news