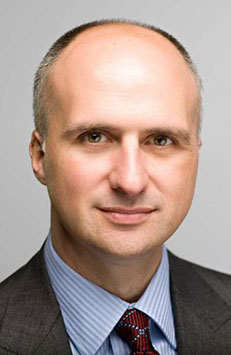 Aaron M. Renn discussed Indianapolis, the future of Midwestern cities, and what the press misunderstands about the region with Charles F. McElwee, assistant editor of City Journal. Renn is a contributing editor of City Journal and an economic-development columnist for Governing magazine. He focuses on ways to help American cities thrive in an ever-more complex, competitive, and globalized twenty-first century. During Renn’s 15-year career in management and technology consulting, he was a partner at Accenture and directed multimillion-dollar global-technology implementations. He writes Heartland Intelligence, a recently launched newsletter focused on the midwestern economy. He lives in Indianapolis.

How has the Covid-19 crisis affected Indianapolis?

Of course, this is partly because most people remain home all day. We had similar stay-at-home policies as the rest of the country, but ours are in the process of being lifted.

What does the crisis portend for cities in the Midwest and Rust Belt?

There’s no way to be sure, and I don’t think it will be the same everywhere. For cities that were already deeply troubled, the virus was yet another cruel blow. For those that were doing well, it is a reversal, but also a potential opportunity. While the longer-term future of coastal cities is bright, midwestern cities can attract some of the people and businesses exiting the coasts. For many years, they either headed to the South or Mountain West. Whether any Midwest city will become a destination is an open question. But there’s a window of opportunity here.

The Midwest plays a crucial role in electoral politics. Has the crisis reshaped politics in the region?

I don’t think it has. We’ve seen the same basic divides repeated. The virus has revealed the states where division has created particular dysfunction. Wisconsin has developed a uniquely polarized party divide. Michigan has seen significant protests. Throughout the crisis, the state government has poorly handled public policies and enforced strange rules. Out-of-staters, for example, could drive to their vacation homes, but this policy didn’t apply to Michigan residents. Illinois is Illinois. Other states seem to be doing much better.

Indiana saw just one small protest against Governor Eric Holcomb. The Democratic mayor of Indianapolis and the Republican governor have gotten along and collaborated well, even when choosing somewhat different timelines for reopening. To date, things have remained functional and remarkably devoid of animosity.

What does the press misunderstand about the Midwest?

In general, the press tends to ignore the Midwest unless something particular happens to grab their attention. It helps if it also fits with existing narratives. So, we’ll hear plenty about bleak postindustrial landscapes or opioids. And the Midwest does have both. But we hear far less about the many thriving communities. The press still has a Rust Belt mindset about the Midwest when reality, in many cases, has moved on.

The media have also become much more centralized on the coasts, particularly in New York and Washington. The New York Times is now a truly national newspaper for the upper-middle class. Meantime, local and regional media have suffered a major decline and are no longer the stepping-stone to jobs in New York as they were in the past. Instead, the Times is now using digital-media firms like Buzzfeed as their “farm team.” This can’t help but make it more difficult for the Midwest to get a good hearing in the press.

Major corporate employers are planning to continue with working from home for an extended time. These companies are stalwarts of the downtown employer base. I fear that many downtowns will see a big loss of vitality as businesses go under from the double-whammy of tourism decline and corporate employees staying away. If downtowns do suffer a major vitality decline, this will, in turn, affect corporate recruiting downstream and could trigger a negative spiral in places that fail to respond effectively.

Struggling Communities and Their Prospects

Aaron M. Renn A new biography of Henry Cabot Lodge Jr. reminds us of a bygone model of the public servant.
from the magazine

A Formula for Shortages

Randall Lutter The FDA has made critical mistakes in regulating the manufacturing of infant formula that it should ameliorate as quickly as possible.
from the magazine

John Tierney After the pandemic, Americans should never let public-health authorities deprive them of their liberties.
eye on the news

Todd Lee, Vinay Prasad Despite ringing endorsements for the Covid drug, available data about its effectiveness are lacking.
Saved!
Close