Expanded and frequent Covid-19 testing has emerged as a necessary precondition for reopening America and resuming something like normal life. But political leaders and citizens need a better understanding of how testing works, how testing can go wrong, and why tests don’t necessarily indicate immunity to disease. As we move into the next phase of the Covid-19 pandemic, we also need a better understanding of viral antibodies and how serological tests differ from tests for the novel coronavirus itself. Tests can trick us into thinking we were never infected when we were, and vice-versa, which in some cases can present a real danger.

Serology is the study of blood serum, and serological tests present evidence that the immune system has encountered a virus and reacted to it by forming antibodies, which the body engineers to fight foreign agents. During the testing process, viral proteins are placed on the surface of a diagnostic plate. A patient’s blood sample is then poured over the plate, which allows antibodies to recognize the viral proteins. The test indicates if the blood had antibodies against SARS-CoV-2—the virus that causes Covid-19—in it. This would establish if the patient had been previously infected and has thus developed immunity to the virus.

But antibodies do not recognize the whole virus; each antibody—essentially trained to recognize a piece of a puzzle but not the whole—binds only to a small piece of the virus. The antibodies made by a person previously infected with SARS-CoV-2 may not recognize the parts of the virus used in a particular diagnostic lab test. Or maybe the person’s immune system only needed to develop a small amount of antibodies, beneath the level that a test could detect. In either case, the test would show that the person didn’t have antibodies to SARS-CoV-2, delivering a “false-negative” result.

If a test is 97 percent sensitive for prior SARS-CoV-2 infection, it means that out of 100 people recovered from the virus, it will incorrectly tell three that they don’t have antibodies—leading them to believe, erroneously, that they were never infected. If people can return to work only if they prove their recovery from Covid-19, then a less than fully accurate test will leave some recovered individuals unable to prove their status. This is unfortunate especially for those who can’t work from home—another reason we must strive for accurate testing.

But it’s also possible that a serology test might indicate antibodies to SARS-CoV-2 when the subject was never exposed to it. We’ve all been infected with several, if not all, of the four human coronaviruses that circulate each year causing common colds, and so we already have some antibodies against those viruses. Sometimes these antibodies can bind to part of SARS-CoV-2, not well enough to protect a person from infection but well enough to turn a serology test positive. SARS-CoV-2 is generally unrecognizable to our immune systems, which is why it is causing this pandemic. If it were more similar to existing coronaviruses, it would probably have caused milder to no infection in most people. And yet, what little similarity it has to common cold viruses can trick serology tests into telling people they have recovered from SARS-CoV-2, when in fact they remain vulnerable. That’s a potentially deadly trick.

A person who has been given a false-positive serology test result might think that he can return to work under the incorrect belief that he’s immune. As a result, he could become lax in social distancing and handwashing. In time, he could become infected and help spread the virus. Polymerase chain reaction (PCR) tests directly detect whether a subject has the virus, but these tests suffer from a high false-negative rate because sometimes the swabs used to collect the sample don’t touch a part of the person where the virus is replicating. The combination of a false-positive serology and a false-negative PCR test could send a pilot, nurse, or teacher back to work thinking they are immune from the virus.

When such a person actually becomes infected and develops Covid-19 for the first time—and maybe even dies—his case will be reported as a “reinfection,” which could incite panic that people who recover aren’t becoming immune. That might undermine confidence in vaccines that are in development. And yet, all that worry will be predicated on a false-positive antibody test.

In testing, epidemiologists distinguish between specificity—the ability of a test to tell a person who is truly negative that they are negative—and sensitivity, which is the ability of a test to tell a person who is truly positive that they are positive. Because of the dangers of sending people out into the world with a false sense of confidence that they have recovered and are immune, it is critical that diagnostic tests administered to the masses have a very high specificity, even if that means “tuning” them to be less sensitive. Indeed, the testing threshold could be set so that it’s more likely to miss low levels of antibodies to SARS-CoV-2 but also less likely to detect antibodies from past colds that could trigger a false-positive. There’s a trade-off between sensitivity and specificity, but it’s better to have a false-negative result fool a person into remaining cautious than a false-positive result trick a person into thinking he’s immune.

Studies that tested thousands of people in various regions have concluded that 2 percent or 3 percent of a given population have been infected, more than was previously thought. In these cases, it’s important to look at the specificity of the test that was used. If a test has a specificity between 98 percent and 99.9 percent, it could report as few as 0.1 percent of people false positive, or as many as 2 percent of everyone false positive. Thus, a study that reports that 3 percent of people have been infected might overestimate that share enormously if 2 percent—two-thirds of the presumed infected—are in fact false positives.

This has big implications for our estimates of lethality. If you think there are 100 deaths out of 30,000 infected people, that’s a lethality of 0.33 percent, but if it turns out that 20,000 of those people were actually false positives, then those 100 deaths were out of 10,000 people, which raises the rate of lethality to 1 percent. This uncertainty about the false-positive rate can be narrowed by calibrating the test on many negative samples, typically blood collected from people before Covid-19 emerged. But it’s also less of an issue if there is very high rate of positives, as in a German village that reported 14 percent positive for the virus—even a 2 percent false-positive rate can’t explain such a high number of cases. As SARS-CoV-2 spreads, even poorly calibrated tests will become more accurate, but it is hoped that that doesn’t have to happen.

The meaning of getting a positive result also depends on the percent of the population that has been infected. If 50 percent of people have been infected, then a test with a 97 percent sensitivity and a 2 percent false-positive rate is still likely to be 98 percent right if it tells you you’re positive. If only 2 percent of people are infected, then such a test would be only 50 percent right if it said you’re positive. A test result should be read as a probability, not a certainty. And one needs a higher confidence of immunity for certain jobs, like nurses, than others, like computer programmers.

But if a person knows they had Covid-19 in the past, because of a positive PCR test that detected the virus, then a serology positive test merely helps to confirm that the recovery is underway or is complete. But without that past PCR result, one would always have to wonder if the serology test just gave a false positive.

Another word of caution: while recovering from Covid-19 will most likely allow your immune system to generate antibodies and make you immune to reinfection—at least for a time—not everyone will necessarily become immune. It’s possible that some people will recover from a very mild infection with just enough antibodies to register “positive” on a serological test, but not enough to prevent a reinfection. This is unlikely to be a common problem, since most people recover from a cold and are immune to reinfection for at least many months and more likely over a year. But until we have completed studies to quantify how many antibodies people have, and how those levels correlate with protection against reinfection, we can’t be sure that everyone who is simply positive for some antibodies is immune.

Moderate immunity might not prevent infection but could keep the virus from spreading to the lungs, resulting in a mild or even asymptomatic infection. However, that might still allow the virus to infect and replicate in a person’s nose and throat, which could spread the virus to others. So, if you live or work with older people, it still makes sense—after you have recovered and received a positive antibody test that more or less proves it—to act carefully, as you had before.

This would mean continuing to practice social distancing whenever possible and wearing a mask when around vulnerable people, just in case you might be asymptomatically carrying the virus. Vaccines, once we have them, will help boost antibody levels higher, even in people previously infected. And we’ll have a sense of how high antibody levels need to be to protect against infection. Currently, the serology tests coming to market don’t tell you how much antibody you have; they can only indicate whether it is above a certain threshold. Tests are being developed that can quantify antibodies to determine how much is enough to be protective against reinfection. We’ll use those results to “tune” antibody tests to tell us not just if you have antibodies, but if you have enough to be considered immune.

In short, we’re making progress, but we’re not yet ready to say definitively that someone who has been exposed to the coronavirus and recovered is now safe from reinfection—or from transmitting the virus to others.

Peter Kolchinsky, a biotechnology investor and scientist, is Managing Partner of RA Capital Management, L.P., and author of The Great American Drug Deal. 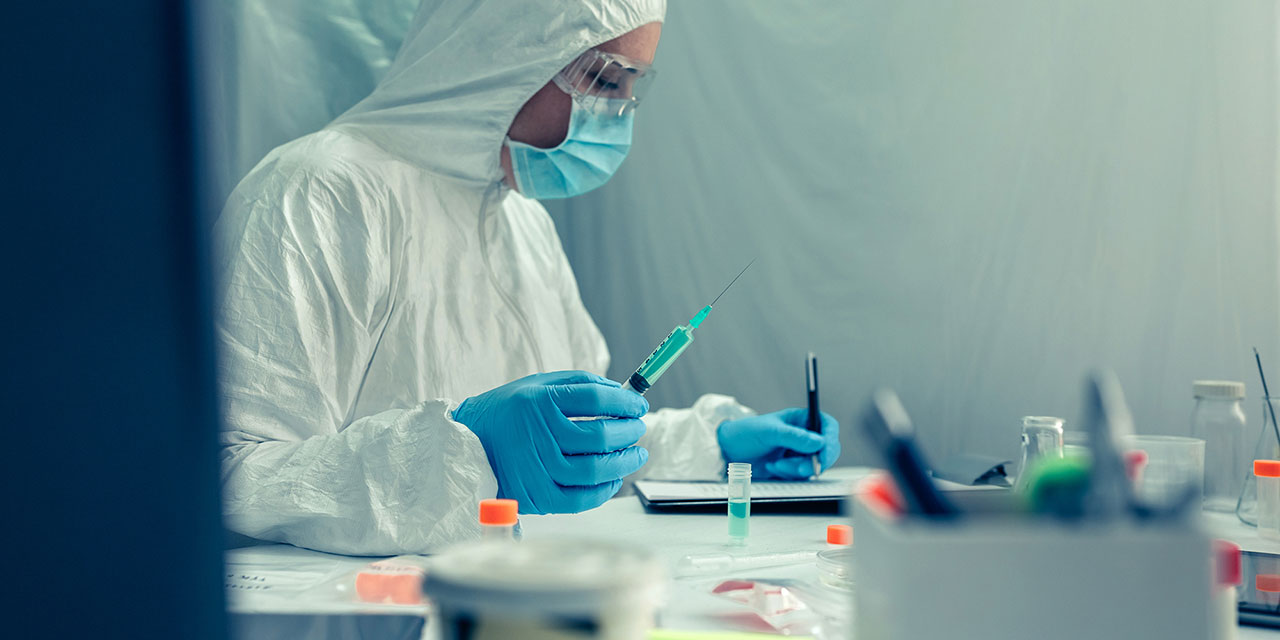 Prospects for a Coronavirus Vaccine 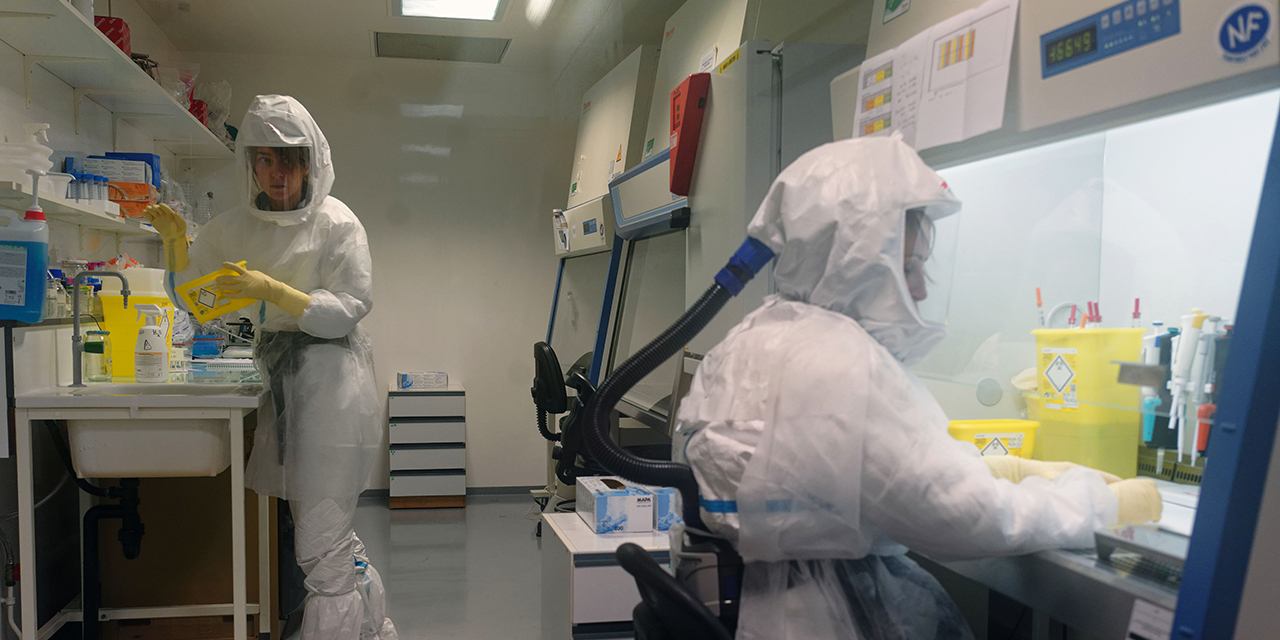 A Cure for the Common Misconception

Peter Kolchinsky Covid-19 vaccines are possible, but we need a public-health mind-set to make the most of them.
More on