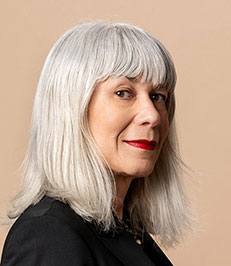 Inga Saffron discussed her new book on Philadelphia and the state of the city with Charles F. McElwee, assistant editor of City Journal. Saffron is the architecture critic for the Philadelphia Inquirer and writes a weekly column about design, planning, and urbanism. Rutgers University Press has just published her new book, Becoming Philadelphia: How an Old American City Made Itself New Again, which tracks the city’s transformation over the last two decades.

Becoming Philadelphia is a collection of your Inquirer columns between 1999 and 2019. What is your takeaway from the city during that 20-year period?

The city has gone from trying to manage decline to trying to manage success. When I started covering Philadelphia in 1999, people kept saying that it was the “next Detroit”—then a symbol of urban decline. Few recognized that Philadelphia was on the cusp of a turnaround. By the early 2000s, the city had started repairing its damaged neighborhoods, building new housing and cultural attractions, and growing its economy. In 2007, Philly registered its first population growth in half a century; the numbers have increased steadily since then. For the last decade, the city has felt like one big construction site. But the changes have been unsettling for some longtime residents, who are concerned about rising house prices, property taxes, gentrification, and displacement.

Philadelphia’s story is a lot like what happened in other comeback cities that became desirable places to live again. We still have a high percentage of people living in poverty, though, and some neighborhoods have been bypassed by the boom; property values are stagnant or falling in some places. This isn’t a big-money city, and it’s always a struggle to fund schools and parks adequately. Still, assuming that you have a job, Philadelphia is an affordable—and pleasant—place to live, relative to many big cities. Of course, the pandemic will test all that.

What is the state of architecture in Philadelphia?

Not good. Developers like to complain that we have New York construction costs and Baltimore rents. I don’t think that’s true now, since rents have risen dramatically in desirable neighborhoods. Unfortunately, we’re still so traumatized by the bad years that we’re afraid to demand good design from developers. The big problem is the way that residential buildings—which account for most of the new architecture—are financed, developed, and managed. They’re seen as a commodity. Virtually every new high-rise proposal is a shrink-wrapped glass slab. Unless it’s a metal-clad slab with alternating patches of colored panels.

But some developers have gotten smarter about urbanism. They’re trying to activate the ground level and make space for retail. Most projects still have too much parking, but developers will at least try to camouflage it. I fear that the pandemic will undo some of this progress, though.

Could this period trigger an exodus to Philadelphia’s suburbs?

So far, there is zero evidence that people are leaving the city. June house sales were up 25 percent over last year, and the median house price just broke the $200,000 barrier in the second quarter. Cities are always experiencing a certain amount of churn: young families moving out of the cities for schools, and new graduates moving in for jobs and social life.

But people think of cities in a limited way. Philadelphia has a diverse housing stock: a high-rise center, vast expanses of dense rowhouse blocks, and neighborhoods with single-family homes. Unlike Manhattan, most people here aren’t crammed into small, expensive apartments. I live in a modest rowhouse, but I still have a lush garden in the back shaded by dogwood. You don’t have to leave the city to get space or greenery.

Still, as working from home likely becomes institutionalized, much will change. Fewer people will work downtown, eat lunch, or shop in stores. The city anticipates a sharp drop in tax collections, too. If public services and public spaces deteriorate as a result of those shortfalls, and if crime soars, it could cause people to reconsider where they live. But suburbs will face many of the same financial pressures.

What do people misunderstand about Philadelphia?

We’re America’s biggest small town. Perhaps because most people live in rowhouses—a party wall away from their neighbors—we have this culture of intimacy. Everything is personal and local—even provincial. Philadelphia is an archipelago of neighborhoods. We’re fiercely committed to our block, our school, our church, our bar, our team. And yet, the gleaming skyscrapers of Center City and big cultural institutions are never far away. When Philadelphians venture into Center City, they like to say, “I’m going into town.”

What is an overlooked trend in the city?

This is a beer-crazy city. It sometimes seems that we have a craft brewery or beer garden every few blocks. This is also a city that loves a party—especially a block party. This summer has been hard because block parties were cancelled. But at least they allowed the beer gardens to open.