In the political response to the Covid-19 pandemic, everything is proceeding just as economist Robert Higgs has foreseen. But that doesn’t make it any easier for him to watch it. “I have an overwhelming feeling that I am reliving a bad experience I’ve lived through several times before, only this time it’s worse,” Higgs says. “I have no doubt that even if the current situation plays out in the best imaginable way, it will leave an abundance of legacies for the worse so far as people’s freedom is concerned.”

Higgs sees government, as usual, vastly expanding during the crisis, and he’s sure that it will not shrink back to its former scale once the crisis is over. It never does, as he famously documented in his 1987 book, Crisis and Leviathan: Critical Episodes in the Growth of American Government, and in later works exploring this “ratchet effect.”

By surveying the effect of wars, financial panics, and other crises over the course of a century, Higgs showed that most government growth occurs in sporadic bursts during emergencies, when politicians enact “temporary” programs and regulations that never get fully abolished. New Deal bureaucracies and subsidies persisted long after the Great Depression, for example, and the U.S. military didn’t revert to its prewar size after either of the world wars.

Besides charting the growth of government, Higgs identified the fundamental psychological cause. He recognized the political significance of the negativity effect, also called the negativity bias—the universal tendency of negative events and emotions to affect us more strongly than positive ones.

In our recent book on this bias, The Power of Bad, social psychologist Roy Baumeister and I drew on Higgs’s work to argue that the greatest problem in politics is what we call the Crisis Crisis—the never-ending series of crises, real or imagined, that are hyped by the media and lead to cures too often worse than the disease. It’s a perpetual problem because it’s so deeply rooted in human psychology, as Higgs explained in a 2005 essay, “The Political Economy of Fear.”

“To tell people not to be afraid is to give them advice that they cannot take,” Higgs wrote. “Our evolved physiological makeup disposes us to fear all sorts of actual and potential threats, even those that exist only in our imagination. The people who have the effrontery to rule us, who call themselves our government, understand this basic fact of human nature. They exploit it, and they cultivate it.” Rulers instinctively heed Machiavelli’s advice: “It is much safer to be feared than loved”—a sixteenth-century formulation of the negativity effect.

“Without popular fear, no government could endure more than twenty-four hours,” Higgs wrote, explaining how the earliest kingdoms were founded by warriors who augmented their authority with the help of religious leaders. “The warrior element of government puts the people in fear for their lives, and the priestly element puts them in fear for their eternal souls. These two fears compose a powerful compound—sufficient to prop up governments everywhere on earth for several millennia.”

Then, in the nineteenth century, came new fears to justify the creation of the welfare state. As Higgs noted: “People were told that the government can and should protect them from all sorts of workaday threats to their lives, livelihoods, and overall well-being—threats of destitution, hunger, disability, unemployment, illness, lack of income in old age, germs in the water, toxins in the food, and insults to their race, sex, ancestry, creed, and so forth. Nearly everything that the people feared, the government then stood poised to ward off.”

As eager as politicians are to expand the government, in normal times they’re able to do so only slowly. People always fear tax increases, and a proposal to benefit one special interest will typically be opposed by another, creating a political logjam. But when a new threat like Covid-19 suddenly arises, the logjam is broken, as Higgs described in a 2009 essay, “The Political Economy of Crisis Opportunism.”

“A crisis,” Higgs observed, “alters the fundamental conditions of political life. Like a river suddenly swollen by the collapse of an upstream dam, the ideological current becomes bloated by the public’s fear and apprehension of impending dangers and its heightened uncertainty about future developments. Bewildered people turn to the government to resolve the situation, demanding that government officials ‘do something’ to repair the damage already done and prevent further harm.”

Politicians—aided by media hysteria—seize the opportunity to dispense funds, create new programs, and enact proposals that had languished before the crisis. The current pandemic, for instance, has given protectionists a new excuse for restricting international trade. Progressives in Congress have tried to create new protections for workers and immigrants, subsidies for alternative energy, and mandates for diversity programs. Trillions have been added to the national debt with little debate because criticism becomes taboo during a crisis. During World War II, the conversation stopper was, “Don’t you know there’s a war on?” Today it’s repurposed by substituting “pandemic” for “war,” and accompanied by solemn declarations like, “A human life is priceless.”

The Covid-19 lockdown measures are supposed to be temporary, but Higgs expects them to endure due to another consequence of the negativity effect: because bad events have more impact than good ones, people strive harder to avoid losses than they do to achieve gains. As a result, any new government program typically creates a powerful coalition committed to its preservation: an “iron triangle” consisting of a legislative committee, an administrative bureaucracy, and a group of special interests reaping benefits from the program.

“Attempts to eliminate or diminish emergency programs,” Higgs wrote, “run up against a fundamental principle of political action: People will fight harder to keep an established benefit than they will fight to obtain an identical benefit in the first place. This asymmetry assists every effort to hang onto iron triangles created or enlarged during a crisis.”

Could this crisis turn out differently? Fans of smaller government have been cheered by the suspension of hundreds of harmful regulations during the pandemic, such as the Food and Drug Administration’s rules slowing test development and the laws restricting telemedicine and preventing doctors from working outside their home states. Couldn’t some of these rules disappear permanently now that people have seen the alternative? Maybe, but Higgs is convinced that the overall result will still be dreadful.

“I believe the crisis will produce a net increase in the government’s size, scope, and power,” he says. “That includes regulations. Some may be scrapped, but those that have been set aside in response to the crisis will likely be reinstated after the crisis has waned, because the political forces that caused them to be created in the first place will still exist—same special-interest lobbies, same politicians selling favors to the highest bidder, same capacity to slip anti-competitive clauses into huge statutes, and so forth.” The only way to curtail such overreach, he adds, is to “shrink the power of the state, and it will be a cold day in hell when that happens.”

It certainly won’t happen any time soon, given the unprecedented shutdown of the economy and abrogation of civil liberties—mostly done with widespread approval, according to public-opinion surveys. It may seem astonishing for Americans to surrender their freedom so willingly, but Higgs isn’t surprised.

“Americans, for the most part, are so liable to being terrified by government agencies and their kept media that they lose almost all judgment when told that a horrible threat of mass death hangs over them,” he says. “I foresee the worst depression since the Great Depression right around the corner. That alone would be enough to bring forth a host of bad government policies with long-lasting consequences. Many such policies have already been adopted. But much more awaits us along these lines.”

I fear he’s right, but at least we have his warnings to guide us in this crisis. While the negativity effect is wired into the primal region of our brains, we also have the rational capacity to override it. We could learn from history—and gain a new appreciation for a much-quoted line in Franklin D. Roosevelt’s first inaugural address. When FDR said that the only thing we have to fear is fear itself, he was offering excellent but incomplete advice. Besides fearing our own irrationality, we should fear leaders who exploit it during a crisis. 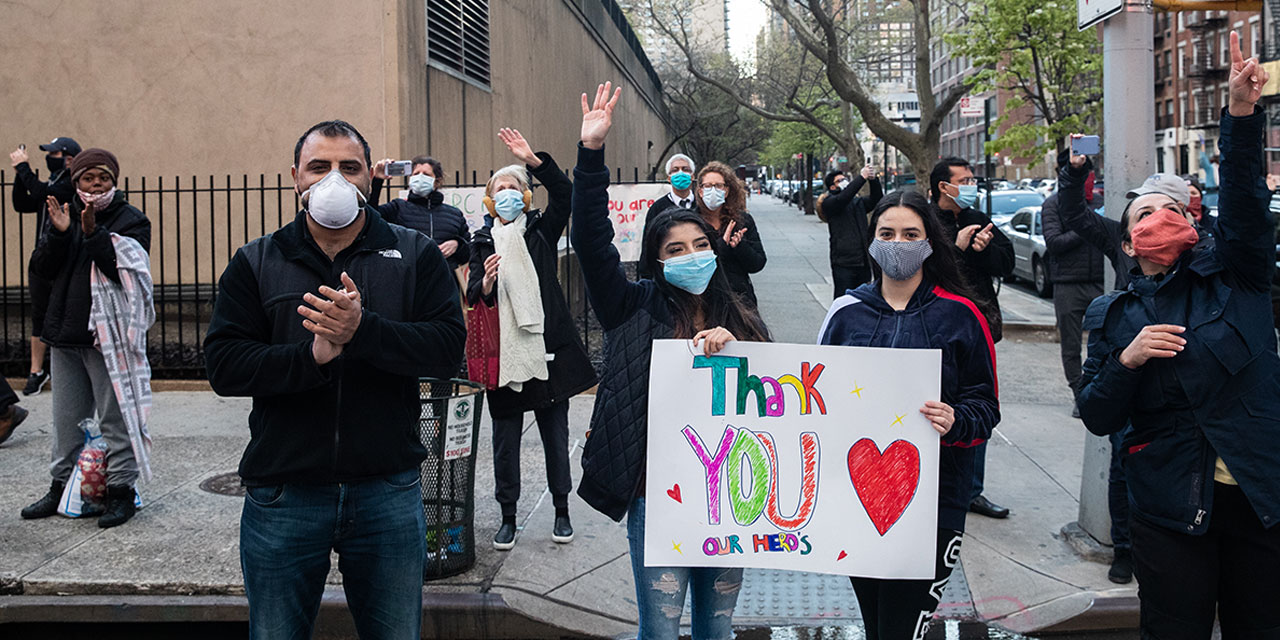 John Tierney The desire for communion with our fellows is inborn—but substituting allegiance to government for that urge has its perils. 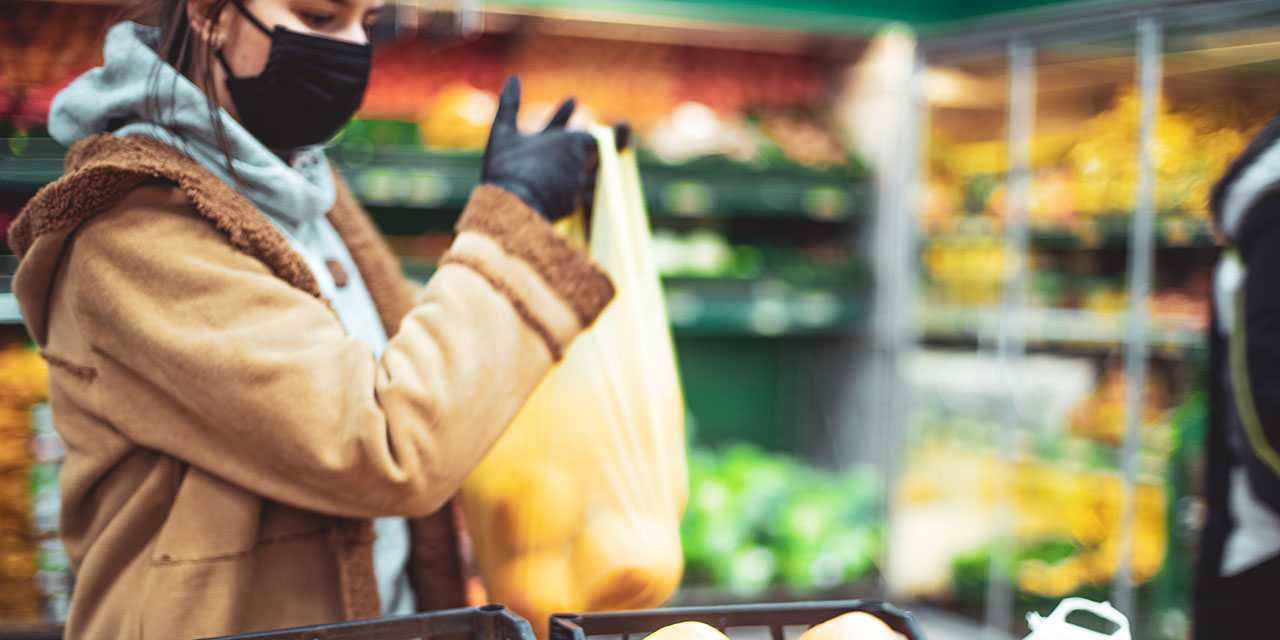 Stop the Virus Now, Save the Planet Later 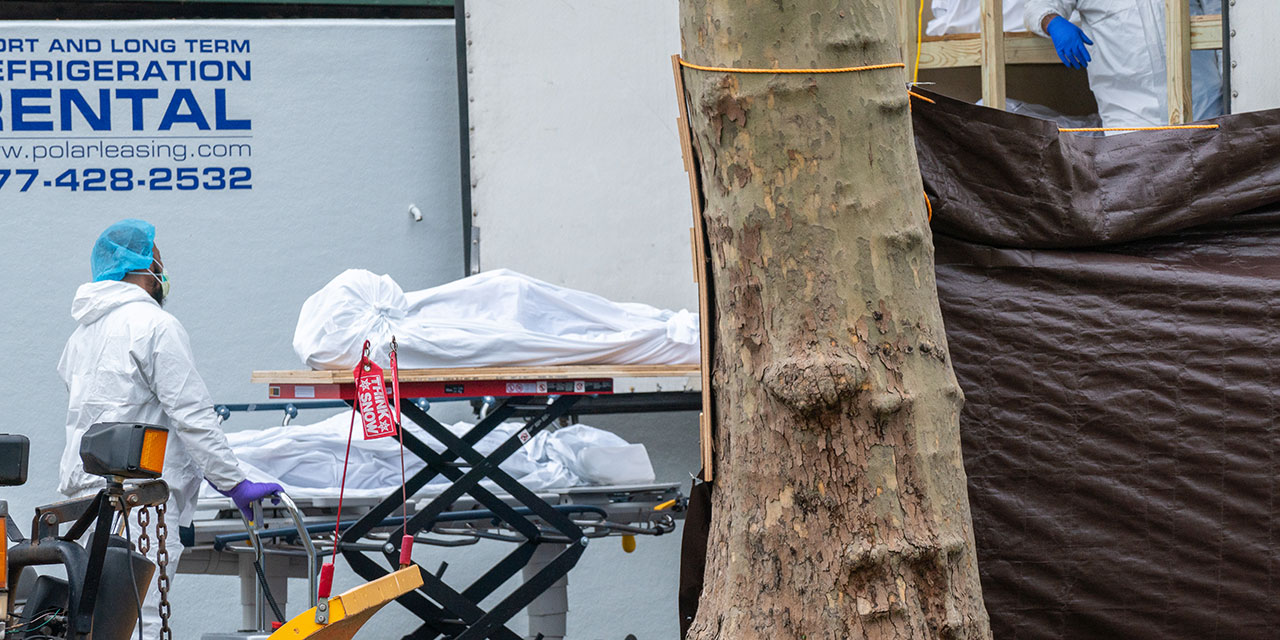