The Growth of the Hybrid Homeschool Movement 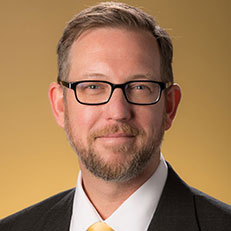 Eric Wearne is an associate professor at Kennesaw State University and author of Defining Hybrid Homeschools in America: Little Platoons. He recently spoke with City Journal associate editor Daniel Kennelly about the growth of the hybrid homeschool movement, which combines schooling in a traditional classroom setting with asynchronous learning at home, and how it is responding to educational trends toward personally tailored programs and forging deeper connections with small, local communities.

What are hybrid homeschools, and why are they an important trend?

A typical setup is that kids attend physical schools, with desks, teachers, uniforms, and so on two to three days per week and are homeschooled the other days. One might think of hybrid homeschools as more formalized versions of homeschool co-ops. The schools handle most of the mechanics—lesson plans, grading, transcripts—but parents are meant to be the main influences on their own kids and to teach, facilitate, and support lessons at home.

American society is increasingly interested in personalized, bespoke solutions—for music, dining, everything. Hybrid homeschools, as small institutions with strong identities and highly responsive to parents, are an example of the desire for more personalization coming together with the desire for more small, local-community interaction. Those trends, combined with improving technology, suggest that a lot of room exists for more of these schools to start up. They’re examples of local communities solving their own problems.

What percent of American schoolchildren are hybrid homeschoolers? How much did these numbers shift as in-person schooling paused during the pandemic?

It’s hard to say, but the numbers are still pretty small. We have to find these schools by word of mouth. There are a few national networks—University-Model, Regina Caeli, and some others—but a lot of these schools are small, local, independent operations set up to help their communities. Every school that I’ve looked into lately has added names to its waitlist for next year.

Many of these schools didn’t have to do much to adjust as the pandemic struck last spring. They were already set up to give kids assignments at home and for kids to contact their teachers from home when they needed help. This year, like most private schools, they’ve mostly been open.

What do the typical hybrid homeschooling families look like? What factors motivate them?

People come to these schools from several places (conventional private schools, public schools, and full-time homeschooling). But the mix seems to be changing a bit. A few years ago, the bulk of families probably came to hybrid homeschools after some time as full-time homeschoolers. More recently, a growing percentage of families choosing hybrids seem to have burned out on five-day schools (both public and private). Families have told me that a flexible schedule is one reason they choose these schools. Having more time with family, rather than spending 30-plus hours a week in school is another. A third is the fact that these schools are not comprehensive: they have a theme and culture, whether it’s classical, project-based, or something else.

How does the move toward these new schooling arrangements intersect with, or differ from, the school-choice movement?

A big part of the appeal is that these schools, with their relatively low cost, are reaching a market segment that most school-choice programs don’t: the broad middle class. Typically, to access choice, a family must be either rich enough to pay tuition or to move to a school district they like, or poor or assigned to an underperforming school so that they are eligible for means-tested or targeted programs.

Another huge factor: because of hybrid homeschools’ semi-formal nature and low cost, they avoid the political fights that come with starting a charter school, as well as the much heavier fundraising lift that comes with starting a five-day per week private school. They may use existing choice programs like tax credits or education savings accounts (ESAs), but they’re mostly not calling for policy help; they’re starting up and working things out on their own. It’s civil society in action.

What advantages does the hybrid homeschool model offer over private or charter schools—or traditional homeschooling, for that matter?

Many families say that it’s the “best of both worlds” because they get the flexibility of homeschooling but also the support and structure of conventional schools. Especially in the upper grades and subjects, homeschooling families often want the help that these schools can provide.

As a former high school English teacher, I can also say that the time at home is useful, because it gives students more time to read. I haven’t studied this, but I suspect hybrid students are assigned more actual reading compared with their conventional school peers, partially because they have more time available to them.

These schools can also hire teachers who want to teach only a class or two in their subject, without being a full-time employee. Many teachers find a work/life balance they like, can work at schools whose mission they support, and have to deal with much less paperwork and meetings.

How do hybrid homeschools fit into the legal and regulatory landscapes in the states and at the federal level?

School leaders have told me that regulators often don’t know what to do with them, partly because they’re thin on the ground and partly because they don’t fit into predetermined boxes. Of course, this varies. Some hybrid homeschoolers register with their states as homeschoolers, and some are considered private school students. It depends on the state, grade level, and so on.

It’s a tricky question for legislators. As the schooling landscape fractures more through hybrid homeschools, ESAs, and other factors, it’s getting harder to define and regulate every possible schooling experience. Homeschool laws are helpful to these schools, but the schools sometimes get swept up into conflicts because regulators aren’t sure how to categorize them. A lighter regulatory hand would be preferable.

Leor Sapir New rules from the Biden administration will worsen gender-related distress in children.
eye on the news

Michael Hartney The Florida governor shows conservatives how to break the teachers’ union stranglehold on local school boards.
eye on the news