The Court of Youth

Novelist and commentator Roger Simon came to fame in the 1970s and 1980s, when he authored his semiautobiographical Moses Wine detective series. Reminiscent of a Raymond Chandler character, the pot-smoking, wisecracking Wine was caught up in the radical politics of the era. The series proved popular, with one novel, The Big Fix, adapted into a movie starring Richard Dreyfuss. But Simon, now in his mid-seventies, looks back on that time with regret. In his new book, The GOAT, he describes it as an era when an “entire generation was out to self-actualize at the expense of their children, narcissism run amuck under the flag of free love rationalized by some worn out or restructured ideas from Karl Marx.”

My credential for writing about Simon’s latest semi-autobiographical novel—this time involving tennis, a sport we both love—is straightforward: I have twice won third place in men’s B-Level tournaments. From The GOAT, I learned that Rafael Nadal’s ball would fly off his racquet “as if it were going to land way out, even hit the fence, but then, due to the extraordinary rotation he imparted, the laws of physics would take over, vacuums would be created, and the ball would suddenly dip to land square on the line, only to bound upwards again, this time crashing into that same fence but on the high.”

Borrowed from Goethe’s Faust, Simon’s plot concerns Dan Gelber, a septuagenarian tennis player, who is carried off a Los Angeles court with a back injury. Surgery only intensifies his pain. While he convalesces in the hospital, a Tibetan janitor suggests that Dan visit her relative, Gombo, operator of a clinic at a suburban strip mall in nearby Reseda. Gombo, it turns out, is a shaman who not only relieves Dan’s pain but also reverses his aging process with magic herbs. Dan transforms from an elderly sportsman into a 22-year-old tennis phenom named Jay Reynolds.

Reynolds quickly joins the tennis elite, competing, and often winning, against the likes of all-time greats Rafael Nadal, Novak Djokovic, and Roger Federer. He even learns that Djokovic “had used comedy, an extraordinary ability to mimic other players, male and female, to ingratiate himself with his colleagues.” Gelber’s recovery of his physical youth, combined with a lifetime of acquired wiles, propels him to the top. But when his stockpile of herbs runs out, he must journey to Siberia to find the shaman.

Gombo, as per Faust, is really Mephistopheles. He offers eternal life, but Jay/Dan rejects it. Shortly afterward, we learn that it was all a dream, but one that allows Simon—the cofounder of PJ Media—to ruminate on family, children, and aging.

As with the Moses Wine novels, the pleasures of The GOAT arise from how the author intertwines the plot with insightful digressions. And there’s a plot within the plot. Simon, who left Los Angeles for Nashville, has chosen to bypass conventional publishing, which too often treats contemporary novels with scant interest. He has elected to release his latest work primarily as an e-book, a decision that reflects his long career as a pioneer—first in fiction, then in journalism and publishing. As Simon shows in The GOAT, he retains the knack for telling an entertaining story that engages the intellect.

Young and “Oppressed” in America 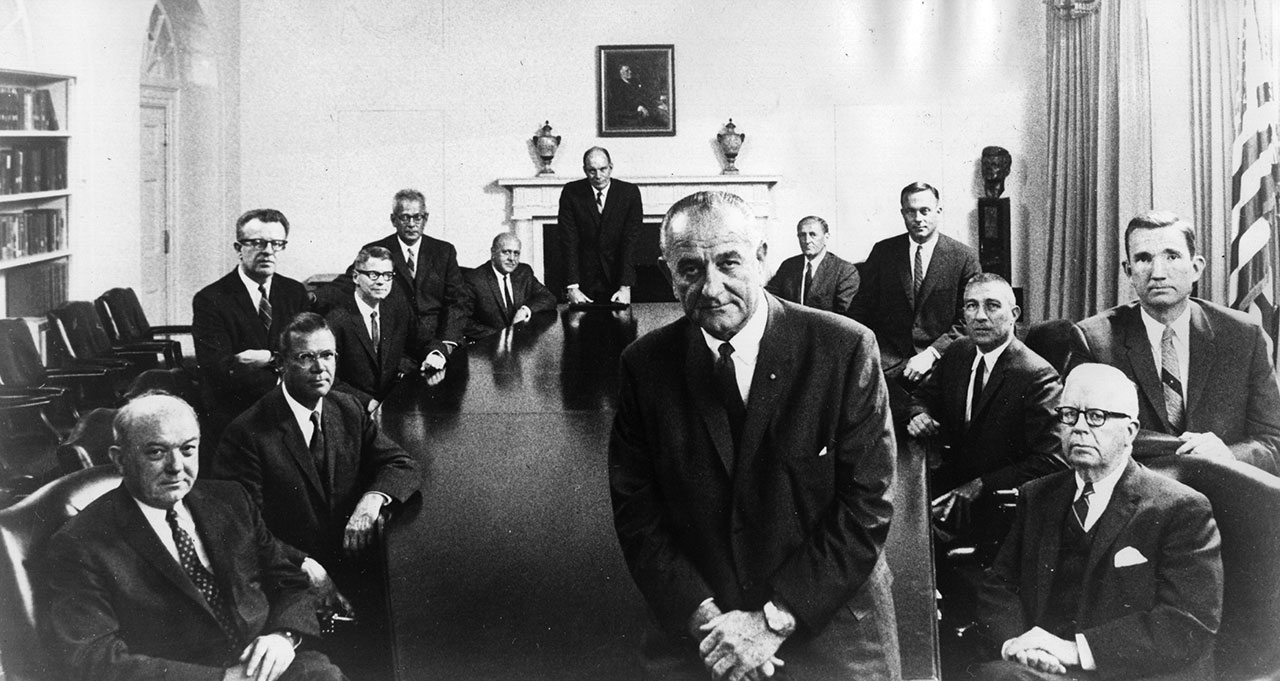 Learning Nothing from Yesterday

Gene Dattel, Fred Siegel Progressive spending plans are a retread from 1966.
More on