The Dark Side of the “Global Village” 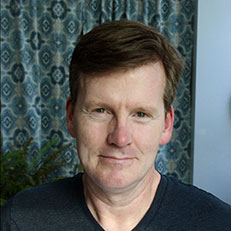 John Robb is a writer, entrepreneur, former USAF pilot in special operations, and author of the Global Guerillas Report and podcast, where he writes about the “intersection of war, technology, and politics.” He recently spoke with City Journal associate editor Daniel Kennelly about the state of public discourse, Big Tech, and the dangers of an increasingly networked world.

Where do the greatest dangers for democracy lie in the near future: hostile nation-states, government, “cancel culture”, corporations, mobs (virtual or literal)? Are they internal or external?

In my view, the greatest danger comes from networked corporations ushering in a Long Night of automated repression. January’s mass de-platforming was a clear demonstration that networked corporations are now in control of our political system. They will seek legitimacy for this control by becoming allies of the networked tribes on the left (think: cancel culture, anti-racists, and Antifa) and the global justice movement being pushed by the Davos set (see: the Great Reset).

Do you expect the mass de-platformings of early 2021 (of Trump and of Parler) to prompt a political backlash against corporate power over networks?

No, for three reasons. First, these actions met widespread applause. People seem genuinely at ease with corporations being in control of our sociopolitical system. Second, the networked corporations have the ultimate “Trump” card. If there is an attempt to regulate them, they can make motions to re-platform Trump and tens of thousands of his banned supporters. Third, fear. These corporations de-platformed a seated U.S. president, the most powerful politician in the world. They can de-platform anybody.

Hopefully, Republicans, libertarians, and conservatives will figure out that unless we have enumerated digital rights (speech, access, and ownership of our data), there will only one political party in the U.S.

What are the long-term implications of the corporate capture of our public forums?

An automated tyranny, both here and abroad, will use AI-fueled technologies to whittle all thought and conversations down to a narrow, sterile orthodoxy. It’s a world that punishes any dissent from approved views and societal goals with unpersoning—an open-air prison for anyone who thinks differently. This future is tough to escape, even if it goes wrong, once we lock ourselves into it.

You’ve written about Marshall McLuhan as a thinker who had insight into the dark side of the “global village” and social networks. How have his predictions held up?

His core message was way ahead of his time. Two key insights that address this question: a) the danger of becoming a global village is that we become global villagers. We obsess over the behavior of everyone, down to the lowliest individual. When we see them make mistakes, we vilify them (or unperson them); b) we are in a global information war, and everyone is a participant. The prize? The winner will control the direction of the AI-fueled socioeconomic artifacts we are building. The artifacts that live in the space in-between us online, manipulating our interactions. These artifacts can either maximize our opportunities (far better than is done today) or narrow them down to comply with a sterile orthodoxy.

Back in the 1970s and early 1980s, science fiction writers, especially cyberpunk authors like William Gibson and Neal Stephenson, were spinning out an array of possible futures. Do you have a favorite science fiction author who seemed to understand where things were going?

Bruce Sterling. He’s the best. Sterling, Gibson, and Stephenson shared a vision of a cyberpunk future that very close to what we see now. It’s a dark vision, but if we make digital rights and digital ownership real, we can turn it around. It’ll put us on a path of prosperity and freedom for the rest of the century.

John Robb What the U.S. retreat from Afghanistan tells us
books and culture

John Robb Surviving a disaster often depends on self-control.
from the magazine

Academic Freedom on the Line at Princeton

Harald Uhlig The university’s Board of Trustees should reject calls to fire tenured classics professor Joshua Katz.
eye on the news