For a generation, Texas has been the stronghold of the Republican Party. Democrats hoped to break its grip this year, but despite media fixation on a new, Democratic Texas, the state is not about to turn blue, as some progressives believe—though a purple future seems plausible.

President Trump won the state easily over Joe Biden, though his margin this time was just seven points, down from nine in 2016. Demographic changes seem to be part of the reason, as Texas becomes not only more urban—more than 85 percent of the population lives in cities—but also more heavily minority. Urban areas like Dallas-Fort Worth and Houston, notes demographer Wendell Cox, have become enormously attractive to the foreign-born, whose numbers have grown at twice the national average.

Yet diversity turns out to be a lot more diverse than pundits think. Hispanics now outnumber whites, and the nonwhite population, including many African-Americans, exceeds 57 percent. Yet Texas minorities tend to be less rigidly Democratic than those in places like California and New York. Indeed, Hispanic voters in Texas broke far more for Trump than expected, giving him a remarkable 40 percent of their votes, even in the longtime Democratic bastion of the Rio Grande Valley.

Texas’s Zapata County, which hasn’t voted Republican in a century, is 93.3 percent Hispanic and went for Trump 52.5 percent. Kenedy County, 76.7 percent Hispanic, went 65.5 percent for Trump; and Cameron County, 88.1 percent Hispanic, gave Trump 44.4 percent of the vote. In Starr County, a 95 percent Hispanic county and one of the nation’s poorest, Hillary Clinton won in 2016 by 60 points; Trump reduced that margin in 2020 to just 5 points. The number of voters leaving down-ballot races blank indicate that many in the county turned out just to vote for president.

This shift among Latinos comes just in time for the GOP, whose leaders fret about losses in the still largely white middle-class suburbs, with their generally well-educated voters, who have dominated growth in Texas. In 2016, Clinton won by only a small margin in the sprawling Houston and Dallas areas; this year, Biden led Trump in Harris County, Texas’ largest county, by 13 points. Growing populations of educated suburbanites, immigrants, and ethnic minorities represent a looming threat to Republican prospects. Only the shift in Latino voting seems to have saved the day.

Texans regard their state as a virtual nation and have enormous interest in local politics. For a generation, the state house and governor’s office were dominated by Republicans, divided between George W. Bush-like corporate moderates and a more rigidly conservative element. Democrats expected to pick this lock systematically; in 2018, they flipped a dozen seats in the Texas house, leaving them just nine seats away from taking control over the body for the first time in two decades.

Until this point, Democrats, with massive funding from outside the state, were gradually gaining more of the state’s house seats. Many of these districts, notes political analyst Kevin Shuvalov, are in wealthier and increasingly diverse suburbs in the Dallas and Houston areas, the very areas gaining population in the state. In the post-segregation era, successful Texas Democrats hewed to a centrist line, as exemplified by San Antonio’s Henry Cisneros, or Bob Lanier and Bill White in Houston. “Democrats in Texas are different from those in California,” suggests Carroll Robinson, state chairman of the Texas Coalition of Black Democrats. “This will keep being a competitive state for the next several cycles. No one will win from the extreme.”

Similarly, successful Republicans, like governors Greg Abbott or George W. Bush, won comfortably in part by appealing to Latinos—winning upward of 40 percent of their votes—as well as sweeping the suburban rings. They also won substantially more African-Americans than Trump, while holding on to conservative Republicans. “They managed to hold onto the idea of moderate and pragmatic government,” notes Cullum Clark, a former investment banker now associated with the George Bush Center.

But now both parties are becoming less moderate. In the Republican Party, some conservatives take extreme positions on guns or social issues that probably alienate suburban moderates. Even worse, some Republican chairmen have made openly racist statements, something not likely to appeal to minorities. Much the same tendency can be seen among Democrats. Joe Biden won the Texas Democratic primary with a third of the vote, depending largely on African-American and older voters. These traditional Democrats tend to be more moderate—pro-growth, pro-energy, and pro-development—and sometimes support Republicans. Now a new group of Democrats is emerging—mostly young and Latino—who overwhelmingly supported Bernie Sanders in the April primary. These are “urban Democrats,” as Clark puts it, who seem more likely to embrace the kind of progressive policies, even on energy, that one would find in New York or California. According to exit polls, some 56 percent of Texas Democrats view socialism favorably.

But Texas is still Texas, and it may not be ready to raise Antifa’s rote fahne; a ban on fracking, for example, something beloved by progressives, could cost, by some estimates, 1 million jobs in the Lone Star State. Attempts to discourage single family homes, already on the march in California and Oregon, would be equally unpopular, given that homeownership is one of the great allures of living in the state. This issue may prove particularly critical among Latinos, who tend to work in blue-collar professions that could be affected by greater regulation and who retain a strong desire to own a home.

These policies are already taking hold in Austin, which seems eager to emulate San Francisco, and in the election of politicians in the mold of New York’s Alexandria Ocasio-Cortez, such as Harris County Judge Lina Hidalgo. Even as Texas moves to the center, Democrats could blow their future chances in the state by moving too far to the left—unless, of course, Republicans beat them to it by moving too far in the other direction.

Charles Blain (@cjblain10) is the president of Urban Reform and Urban Reform Institute. A native of New Jersey, he is based in Houston and writes on municipal finance and other urban issues. Joel Kotkin (@joelkotkin) is a contributing editor of City Journal, the Presidential Fellow in Urban Futures at Chapman University, and executive director of the Urban Reform Institute. His latest book is The Coming of Neo-Feudalism: A Warning to the Global Middle Class. 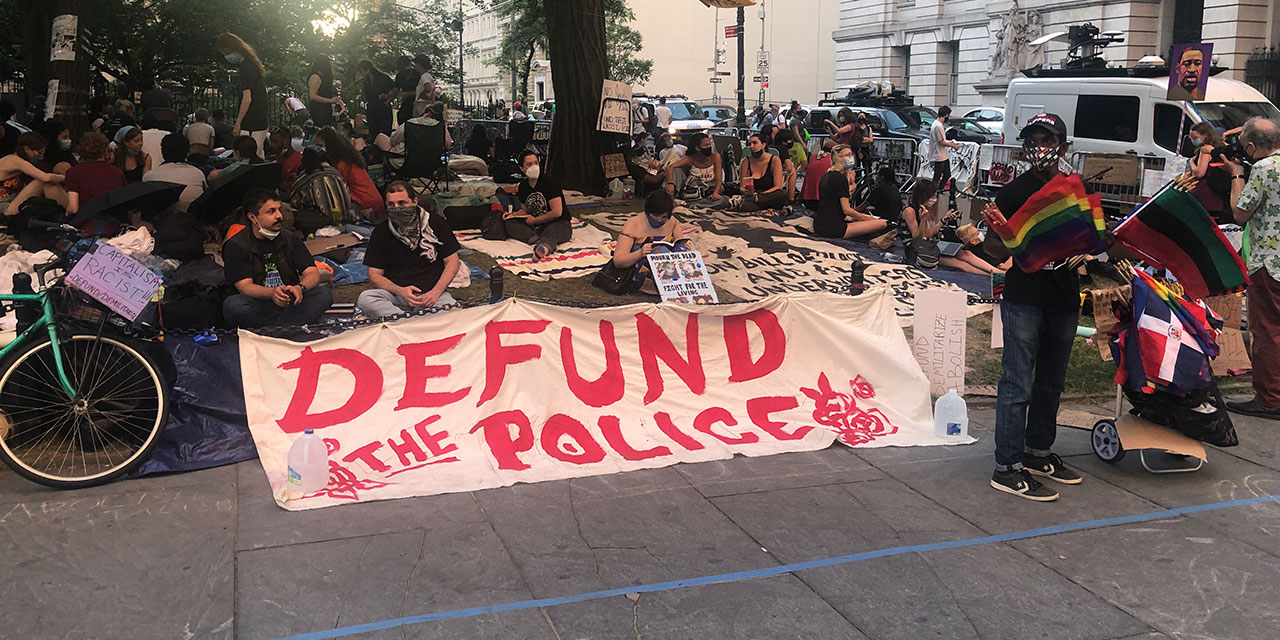 Charles Blain Black communities around the United States want better interactions with law enforcement, not the abolition of police departments.
More on