Conversing in an Age of Accusation

These days, we’re all walking on eggshells. Everyone’s afraid of saying the wrong thing, offending someone, or being accused of a transgression—sexism, “white fragility,” something-o-phobia—because we’ve used the wrong phrase or not expressed ourselves carefully enough.

Nearly everyone hates living like this, but nobody knows what to do about it. It seems like an intractable problem. Once accused, if you deny that you’re complicit in some social ill, your denial can be taken as evidence of your guilt. If you wear the wrong shirt, like actor Chris Pratt or rocket scientist Matt Taylor, you could be the target of an outrage mob on social media and beyond. Or maybe you’re already careful about what shirts you wear, but you get photographed with someone who wore the wrong shirt—one expressing anti-Islam sentiments, say—and saw your professional opportunities rescinded, as occurred when Cambridge University uninvited Jordan Peterson to its campus.

These are divisive, weaponized techniques deployed to drive wedges between us. They prevent us from speaking to one another and thus developing connections, fostering relationships, and solving problems. It’s possible, though, to have substantive conversations and reduce the risk of accusations, even across deep political and moral divides. We’ve devised an easy-to-use template that we believe can help break through our social dysfunction and minimize the risk of moral denunciation.

First, listen, with the intent of understanding and not replying. If you don’t understand, ask, but place the burden of understanding on yourself. Don’t say, “That doesn’t make sense.” Say instead, “I’m not sure I understand. Can you help me?”

Second, once you think you’ve understood, follow game theorist Anatol Rapoport’s suggestion and repeat the claim so vividly and clearly that your interlocutor will wish that he’d said it like that. Don’t proceed until you’re positive you’ve understood what someone is saying, which is the moment when he affirms that you understand his point. Hostage negotiators look for the words, “that’s right,” because then they know that they’ve understood the hostage-takers’ demands.

Third, once someone affirms that you understand exactly what he means, immediately ask a “disconfirmation question.” A disconfirmation question basically takes the following form: “Under what circumstances could that be incorrect?” This seven-word question is effective at enabling a fruitful conversation around even profound disagreements. It’s a prophylactic against someone feeling threatened and then becoming defensive, which will shut down discussion. A disconfirmation question causes us to reflect on our belief without feeling threatened. For example, if someone says, “The border between the U.S. and Mexico should be dissolved,” ask, “Under what circumstances could that claim be incorrect?” Or, more pointedly, “Under what conditions would you be willing to change your mind about that?” Then listen and try to understand his response.

Even in today’s offense-based culture, it’s difficult for someone to take offense to a disconfirmation question because you haven’t been argumentative; you’ve just tried to figure out what someone believes and the conditions under which those beliefs could be false. Even better, you’ve not done much talking. You’ve created a space for others to talk about what they believe and how it could be false. Don’t worry about feeling socially awkward; people love to talk about what they believe, especially if they know someone’s really listening.

After they respond to the disconfirmation question, you have a few choices. You can go back to the second stage and repeat your understanding of the conditions under which their belief could be incorrect, thank them for the conversation and walk away, or continue talking.

In all cases, in today’s age, you’ve created a rare benefit for yourself. You’ve learned what someone believes and what it would take for him to doubt that belief, and hopefully you’ve built rapport with someone who thinks differently—all without being accused of a moral transgression. Do this long enough, and you will understand more. You may even make some friends along the way.

Peter Boghossian and James Lindsay are the authors of the forthcoming book How to Have Impossible Conversations: A Very Practical Guide. Twitter: @peterboghossian and @ConceptualJames 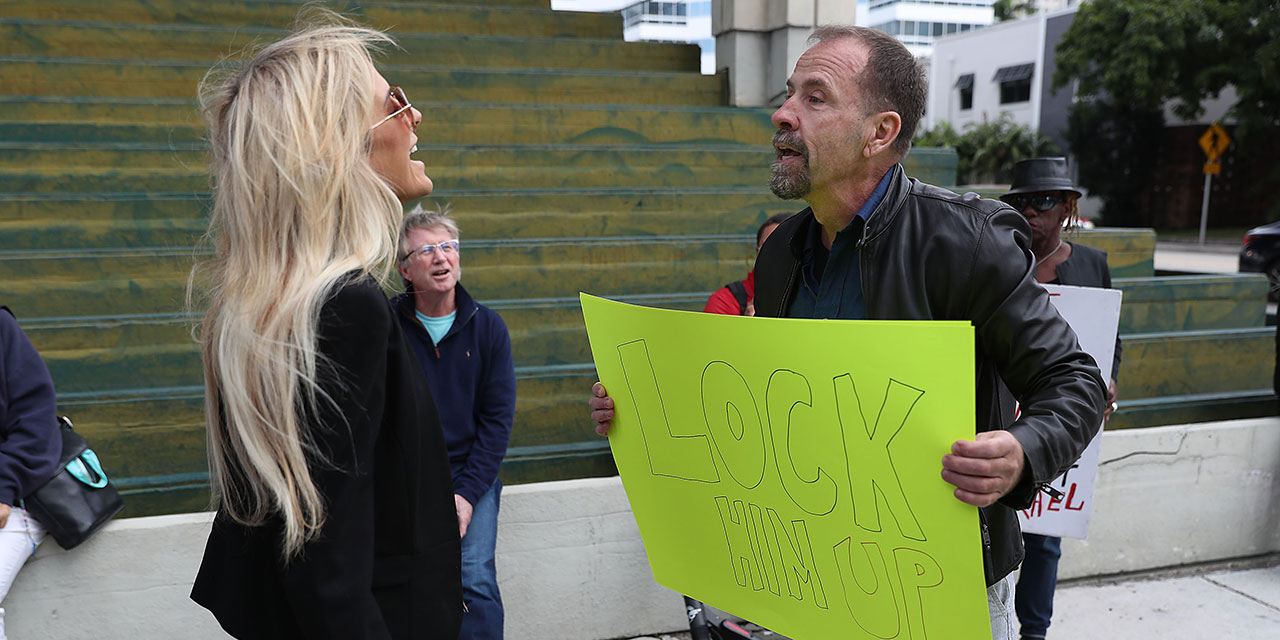