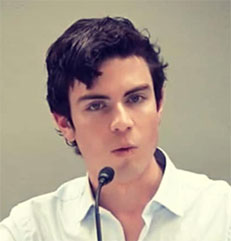 Curt Mills discussed the state of the presidential race, Virginia politics, America’s aging leadership class, the future of cities, and more with Charles F. McElwee, assistant editor of City Journal. Mills is senior reporter at The American Conservative, covering national security and the 2020 campaign. Previously, he reported for The National Interest, the Washington Examiner, U.S. News & World Report, and the The Spectator. Mills was a 2018–2019 Robert Novak Journalism Fellow.

How would you describe the current state of the presidential race?

Trump is down, as badly as he’s ever been. There’s a collective amnesia about how this all really happened. Four years ago, Trump was a dominant Republican primary candidate—he smashed the most pedigreed field in a generation, if ever. It wasn’t particularly close. His continued dominance with Republicans—amid a botched pandemic response, an economic depression, and a potentially unstable national reckoning on race—speaks to how Trump fits the modern Republican Party like a glove, whatever figures from the party’s past have to say about it. The only demographic that Trump struggled with were devout evangelicals in the Plains states, which is why Ted Cruz was a pesky opponent for him. In the general election, a Silent Minority really did emerge and delivered Trump the crown in the Upper Midwest. And that moment was brought to you by crossover voters from the Democratic Party and various disaffected independents.

But 2020 is not 2016. Trump appears to be running more like a conventional Republican—like Romney in 2012 or McCain in 2008, though he’s very different from those men. I’d submit that it’s because he has governed as a more-or-less conventional Republican. Add in the fact that Joe Biden, fairly or not, is less hated than Hillary Clinton and is constantly underestimated—even, perhaps especially, by his own party—and you have a recipe for the present moment. Trump’s position is as poor as it was in August 2016, when he sagely reached out to Steve Bannon. It’s probably much worse now than it was then.

How has this period affected Virginia politics?

Virginia has become an odd duck, and I say that as someone who spent a majority of my life there. Crudely, the state’s story is a takeover by its northern part, which sports half of Virginia’s population and more of its money—and is crawling with transplants with more liberal politics. And the political establishments in Richmond, the capital city, and Virginia Beach, the state’s largest city, have acquiesced to the changes because they understand nothing if not power. The state can be a magisterial place, especially its mountainous region, where my family is originally from (and which, I remind you, had less to do with the tragic Confederate period—the existence of West Virginia stands as testament).

For now, I think you will continue to see inchoate rage on the part of some of the state’s conservatives. But in the long run, a serious, reasonable Republican could win the governor’s mansion, someone similar to Larry Hogan in Maryland or Charlie Baker in Massachusetts. That could happen as soon as 2021, if only because most of the Democratic slate appears so pitiful. But I make it a rule never to underestimate Terry McAuliffe, the former governor who is apparently weighing another run.

I think the story of suburban snapback is too cute by half. I have no special animus toward the suburbs—I spent much of my life there—but my generation might. People my age are going to have fewer kids. And the roads don’t really work—that’s another problem for the suburbs. So as dispiriting as the last few months have been for urbanites—the worst in a half-century—I wouldn’t quite short the city.

What does the press misunderstand about the Trump era?

The rise of Donald Trump is a symptom, not a cause, of this country’s manifold problems.

Free Trade Doesn’t Work, by Ian Fletcher; South and West, by Joan Didion; Conspiracy, by Ryan Holiday; and Fear and Loathing on the Campaign Trail ’72, by Hunter S. Thompson.