In the early 1980s, as a young planner in New York, I met Ed Logue, the famed urban planner, who was heading the city’s South Bronx Development Office. At that point, Logue had reached the end of his public career, his reputation shattered by the New York State Urban Development Corporation’s financial failure. He had aged considerably, his manner was quite subdued, and few traces remained of the hard-charging master planner and builder once lauded by the press.

“Ed Logue’s lifetime of work provides an ideal lens through which to view postwar urban history,” Lizabeth Cohen writes in Saving America’s Cities. I’m not so certain. Unlike his larger-than-life predecessor, Robert Moses, a generation older, Logue didn’t set a new paradigm to modernize cities for the automobile age. Rather, he used the tools at his disposal and tried to craft something beneficial with them. He often failed, and even when he succeeded, the outcomes remained troubling. Cohen addresses these failures, though she treads softly to avoid discrediting the idea of activist government:

This book aims to present an alternative, more nuanced history of postwar American city building that does not dismiss the federal role in renewing cities and subsidizing housing as pure folly. It claims instead that there is a usable past of successful government involvement in urban redevelopment from which we can benefit today.

The story she tells, however, fails to support that conclusion.

Logue began his career in New Haven in the 1950s, when the city was grappling with middle-class suburban flight, a declining tax base, and a largely tax-exempt local economy. As a city redeveloper, Logue didn’t have what he needed to help New Haven— regional planning powers, a robust transit system, or an end to low-cost, federally backed mortgages for suburban homes. Instead, he embraced federal highway assistance and popular urban-renewal tools, using them to clear large portions of the city’s downtown for the Oak Street Connector (a short expressway), a colossal parking garage, and an enclosed shopping mall.

The idea was to attract people from the suburbs, but it didn’t work. Today, the parking garage remains, but the mall is gone, replaced by a community college and residences. For too long, the infamous Connector isolated downtown from Union Station, leaving a desolate area of mostly open parking. More than 60 years later, New Haven is finally transforming the expressway into an urban boulevard. In addition, the city’s Hill-to-Downtown Community Plan, still in its early stages, will reconnect the street grid and create a “vibrant, walkable, mixed-use district.”

Logue’s mixed legacy isn’t limited to New Haven. In 1960, he moved to Boston, a city also confronting decline, but this time with fewer federal resources. His most prominent legacy is Boston’s Government Center, an urban-renewal project that entailed the redevelopment of the rundown Scollay Square with new public buildings and public space. Government Center’s best-known buildings—the concrete, Brutalist City Hall, with its giant plaza, and the State Service Center—represented a break from Boston’s traditional architecture. Both buildings are hard to admire, however, though the city has tried to temper their harshness with plaza plantings and a new headhouse for the T station. Despite transit accessibility, Government Center retains a large, concrete parking garage.

Logue’s urban-development shortcomings continued in New York, where he moved in 1968 to head the Urban Development Corporation (UDC), created by Governor Nelson Rockefeller. As Cohen writes, “[b]etween 1968 and 1975, the UDC produced nothing short of a whirlwind of building in the state.” While UDC funded projects statewide, its largest footprint was in New York City housing. Logue focused on Roosevelt Island, a mixed-income “new town” in the East River that featured, once again, a colossal concrete parking garage. In exchange for securing control of the island, Logue agreed to complete unfinished urban-renewal sites in the Bronx and Coney Island.

Under Logue’s reign, the UDC, as a construction lender and developer, started projects at a quick pace. The agency avoided the typical underwriting and due diligence that ensures private projects can generate enough revenue for long-term financing and operations. But the UDC, which relied on securing permanent federal financing, was ultimately doomed by Nixon-era restructuring of housing programs, rising interest rates, and declining investor confidence in the agency’s ability to pay back bonds. By 1975, the UDC had defaulted on its debts, and Logue lost his job. Cohen excuses him, describing him as “neither a numbers man nor deeply knowledgeable about the bond business”—but his reputation never recovered.

In his final public act, Logue attempted to resurrect the South Bronx, where the UDC’s overbuilt, subsidized housing projects (even as the borough’s population shrank) had been an aggravating factor in its devastation. His signature achievement was Charlotte Gardens, an enclave of small, single-family detached homes—incongruously constructed on vacant land that had become a nationally recognized symbol of urban decline. Logue doggedly pieced together funding for Charlotte Gardens in a period of fiscal austerity. Cohen overstates the case when she writes how the effort “provid[ed] the model for a more extensive turnaround of the South Bronx and for building affordable housing in New York City more broadly.” Logue wasn’t the only person who knew how to combine public, private, and nonprofit resources to finance affordable housing. Though the South Bronx remains largely low-income, few signs of its physical devastation remain. Credit for this reconstruction extends well beyond Logue.

Despite his shortcomings, Logue inspired many to pursue distinguished careers in architecture, urban development, and public service. One project in particular, Roosevelt Island, has sustained Logue’s vision of economic and racial diversity. But too many of his projects became impediments, not enhancements, to the vitality of struggling mid-century cities. Contemporary urban planners, architects, and developers who build affordable housing should look to better urbanist models. Logue was a man of his time, but not one for ours.

Eric Kober For New Yorkers, its own reward 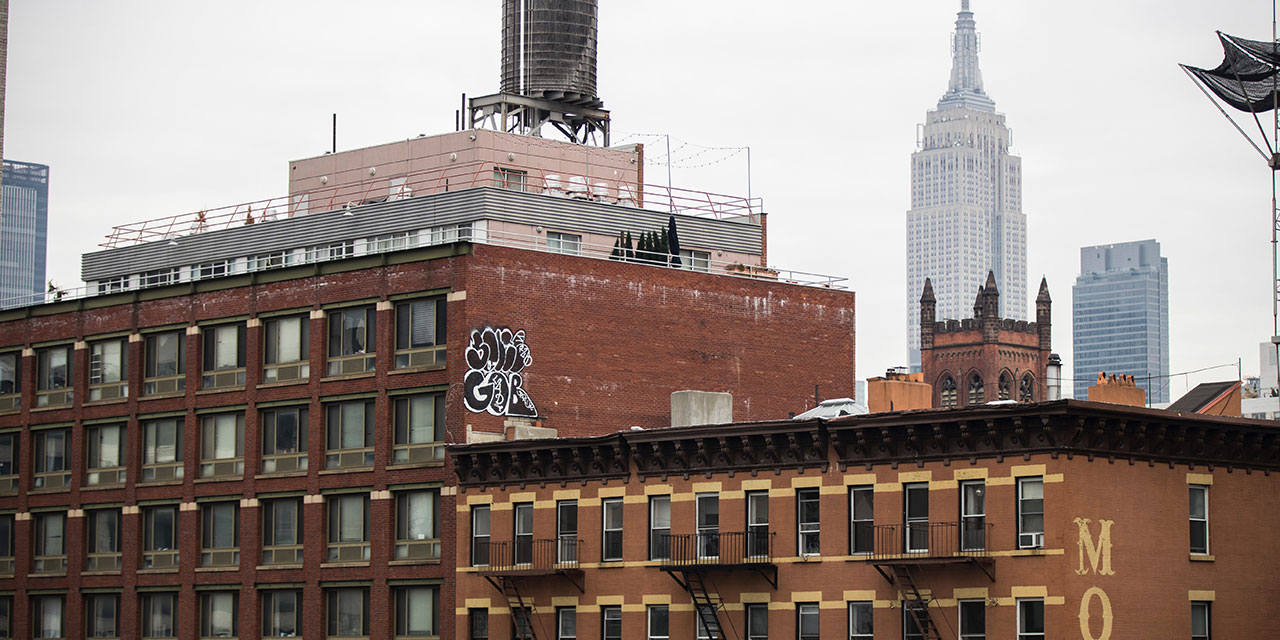