It’s rotten luck to have spent years writing a book and then have it come out on March 15, just as New York City retreated into the Covid-19 lockdown. Philip Mark Plotch has encountered this fate with his new book, Last Subway: The Long Wait for the Next Train in New York City. Yet Plotch’s chronicle of New York’s century-long attempt to build the Second Avenue subway is painfully relevant to pandemic-era Gotham. After all, New York could barely provide basic infrastructure during good times—so what will it do now?

Plotch, an associate political science professor at St. Peter’s University in New Jersey, went from influencing New York’s urban planning and execution—he held key technocratic positions in rebuilding the World Trade Center and at the Metropolitan Transportation Authority—to becoming one of this arcane world’s most careful observers. His first book, Politics Across the Hudson, chronicled New York’s decade-long saga to build a highly imperfect replacement for the Tappan Zee Bridge, just north of the city.

In Last Subway, Plotch takes what is nominally a success—Governor Andrew Cuomo’s triumphant opening, nearly four years ago, of the Second Avenue subway—and shows how, in many respects, it’s a failure. It’s not that the subway isn’t a critical project, or that, pre-coronavirus, it wasn’t working well for its riders and for New York. In its first months of operation, it served 150,000 daily passengers, reducing overcrowding on the nearby Lexington Avenue line by 30 percent and cutting cab and Uber traffic aboveground, too. It’s rather that this completed project is not the Second Avenue subway. As Plotch notes, since 1903, when politicians began discussing it, the project has diminished in scope, from a system extending from the Bronx down Manhattan (even through Brooklyn, in at least one iteration) to just three new stations from 72nd to 96th Streets on the Upper East Side. As recently as 2004, “even though it was not true, MTA officials continued telling the public that the full-length [Manhattan] Second Avenue subway with sixteen stations would be completed by 2020,” Plotch writes.

Over the decades, how did the project shrink—even as it grew in cost, from $335 million in the mid-twentieth century for a full line to $4.6 billion for three stations? Plotch’s answer: “Since the 1930s, the line has symbolized New York’s inability to modernize its infrastructure.” New York City government, then in charge of subways, first made a serious proposal for the line in August 1929. Events intervened, however, including the Great Depression and World War II.

For the most part, though, state and city officials weren’t honest about finances—with themselves or with the public. By the postwar era, the subways had become “a financial and political albatross,” running an operating deficit. But the city’s unwieldy Board of Estimate didn’t want to raise fares; when it did start doing so, in the late 1940s, it refrained from increasing them enough to cover costs, as the elected officials on the board—the mayor, the comptroller, the city council president, and the borough presidents—sought to avoid angering voters.

By mid-century, too, city officials were no longer under pressure from real estate interests to build subways. In the past, New York’s visionary leadership in funding the first—and, for the most part, only—underground rail system had accomplished the goal of population increase: a city of 3.4 million people in 1900 had doubled in size to 7 million in 1930. By the postwar years, though, developers viewed roads and highways—much cheaper to build—as the future. It’s easy to blame master builder Robert Moses—who designed highways, not subways—but Plotch doesn’t play to the cheap seats. Moses understood early “that the entire subway system . . . needed ongoing subsidies,” but the political class never heeded this prescient warning.

From Mayors John Hylan, Fiorello LaGuardia, and John Lindsay to—after the state took over transit responsibility in 1968—Governors Nelson Rockefeller and George Pataki, elected officials have ignored fiscal reality. Because of transit-worker and construction-union costs, combined with the practical complexities of building in dense neighborhoods, New York can’t build what it says it’s going to build. In 1951, city voters approved a $500 million bond issue for the Second Avenue subway. Instead, the money went to (needed) maintenance and repair, and “New Yorkers would learn that they had been duped.” In 1967, voters approved a $2.5 billion state-level bond—and again, they were duped; the money again went to other purposes, including subsidizing the fare, rather than building new projects. “In 1971, a Wall Street bond specialist said that working together, the Mad Hatter . . . and Mr. Micawber . . . could never have dreamed up anything as strange as the Transit Authority’s finances,” Plotch reports. That year, and again in 1973, the state asked voters to approve more bonds, but on both occasions, the voters said no.

In 1975, after decades of ceremonial groundbreakings, from Chinatown to Harlem, mayor Abe Beame—once again—“deferred” work on the subway. By then, New Yorkers had fewer transit options than they had even before the city (and later, state) had promised a new subway. LaGuardia and others had enthusiastically torn down Manhattan’s elevated railways, in part to allow more car and truck traffic to flow down “beautified” streets.

By 2004, the state-controlled MTA was ready to start anew. With federal, state, and local support, it promised a $16.8 billion, 16-station, 8.5-mile line along Manhattan (no longer to the Bronx or Brooklyn). “The MTA did not reveal that completing construction by 2020 was a fantasy,” Plotch writes. Built-in union costs, delays, and overruns were perfectly predictable, but politicians never want to own up to them.

The MTA had to curtail its blasting hours, for example, because Upper East Side residents didn’t like the noise at all hours—a reasonable request, and not an unexpected one. In addition, the MTA ran into unexpected soil conditions (and a brass Civil War-era coat button). Local officials didn’t shut down Second Avenue’s surface to traffic so that the MTA could work, though the authority “could have saved hundreds of millions of dollars if it did not have to continuously keep traffic flowing.” The three stations along 1.5 miles that opened on New York’s Eve 2016, therefore, were the “most expensive subway extension ever built anywhere in the world.”

In December 2016, Cuomo wanted full credit for opening “on time”—and he received it from a credulous national (not local) press. But Plotch is the Grinch who stole New Year’s. “Spending $4.6 billion to build a 1.5-mile subway line was not necessarily a cause for celebration,” he observes. The final figure obscures other costs. To complete these three stops by 2016, the MTA had to defer maintenance and repairs on its existing system, contributing to increasing delays starting in 2015, and higher costs later to fix them. Despite partial federal funding for big projects such as Second Avenue, the MTA now carries $44 billion in debt, giving it little flexibility to navigate even a modest recession, let alone a historic pandemic that has curtailed ridership indefinitely.

Theoretically, New York is still on track to build the Second Avenue subway’s other three Manhattan phases. Work to bring the line north through Harlem is up next. Even before Covid-19 devastated city and state finances, though, Plotch had a warning: “New York once had the world’s greatest subway system, but for decades elected officials have not fulfilled their promises. . . . high costs and slow progress . . . are worrisome for New York’s future. There is no guarantee that New York will always be able to attract the people and businesses that have made it a global center for business, media, and the arts.”

That future is here, in a way that Plotch couldn’t have predicted four months ago. A full Second Avenue subway—in addition to a subway system generally in good repair—“remains decades away.” 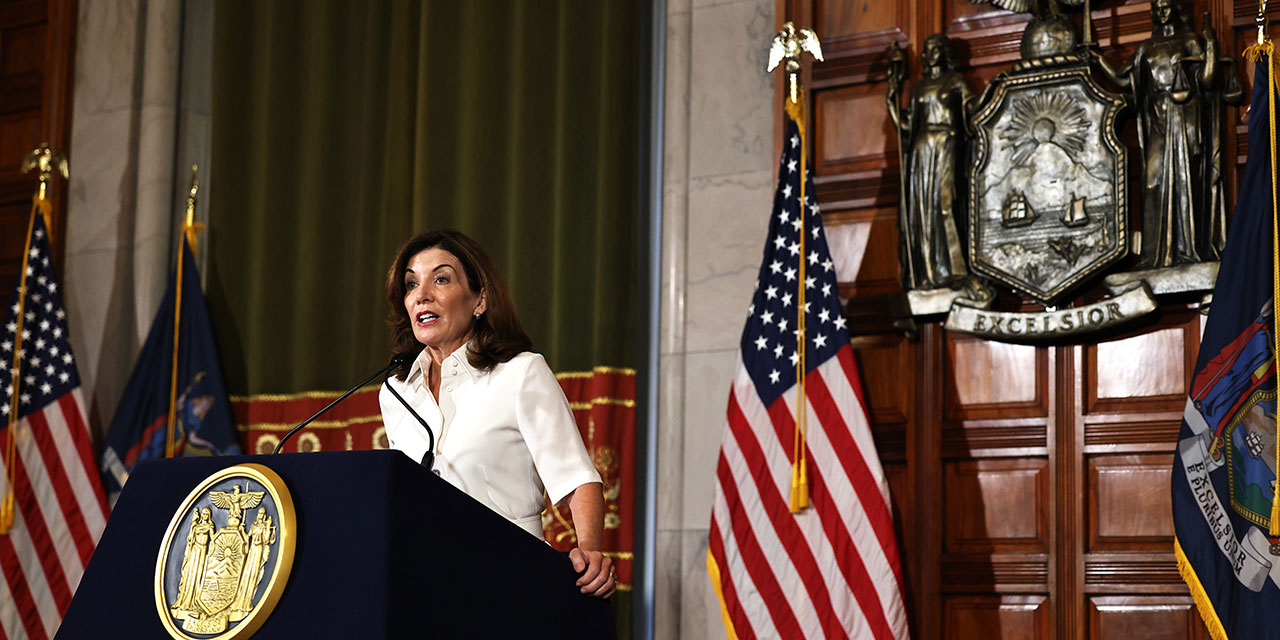