On July 30, I walked into the Target store on Fourth and Mission Street in San Francisco with an intention to steal.

Just a few days before, I was at the same store. When I entered, a man was leaving, carrying boxes full of expensive household items. He headed toward the escalators that led to the mall lobby below, then out to the street. Watching as he breezed past the checkout lines, I shouted, “Hey, stop that thief!” It was an automatic response, and the words sounded silly, archaic. “Aren’t you going to do something?” I asked the security guard in the lobby. He shook his head. A man watching the scene, leaning on his bike, said to me, “Hey, you’re on the offensive; you can’t do that.” Not interested in arguing with a stranger about freedom of speech, I went back to the store, curious about what else I’d see.

I witnessed people filling bags and backpacks with assorted items. All left nonchalantly—no running or dramatically leaping into waiting getaway cars. This wasn’t the organized retail crime that California governor Gavin Newsom recently acknowledged and promised to curtail with a new task force. It was casual: take what you want for personal use or for a quick sale on the corner, with the proceeds feeding a habit.

The experience was depressing. I had seen people shoplifting before, of course, but never so prolifically or prominently. Not permitted to intervene, employees turn away. The guards may look tough with their jackets imprinted with “security,” but they’re ultimately powerless. It’s not their fault. They’re not allowed to stop a thief. When I saw a man stuffing his backpack with assorted items, I told him that I would call security. He laughed. “They won’t do shit.” It’s true, as was recently reported by a Target security guard who quit—telling HearSay Media how the criminals are growing increasingly bold.

I wondered, though, if retail theft is as effortless as it appears. So I returned to Target to find out, accompanied by Jenny Shao, an independent video journalist. 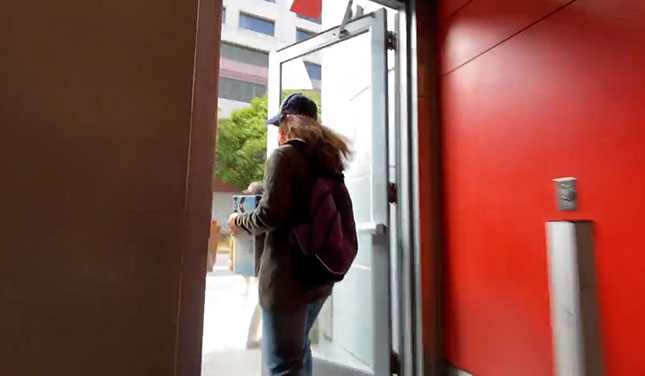 We entered the store and went straight to a display of coffeemakers, on sale for $49. They weren’t locked behind glass, so I picked up a box. Jenny urged me to take another item; I resisted. To take without paying was so offensive to me that once I had the box in my hands, I began to get shaky. Was I being watched? I moved past the cashiers toward the exit. As I did, another person was leaving with a bag full of stolen goods. He bumped into Jenny and a large plastic toy gun fell from his bag. I rode down the escalator with my fellow thief. 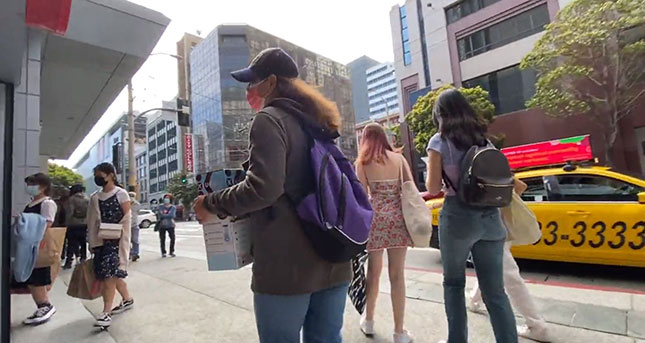 Once at the bottom, I started to panic. That’s where the security guard had been positioned when we entered, so I wondered if someone would radio, “Woman stealing a coffee maker is on her way out—apprehend her!” But he wasn’t there. I walked out the door and onto Mission Street.

Success. I stole an item worth $50, even if it made me feel sick. Immediately, I turned back into the revolving doors with my hot item, rushed through the lobby and up the escalator, and handed the box to a confused employee. “Here, please take it. I just wanted to know how hard shoplifting is and found out it’s not hard at all and I don’t blame you and I’m so sorry,” I babbled. He took the coffeemaker and watched us leave. 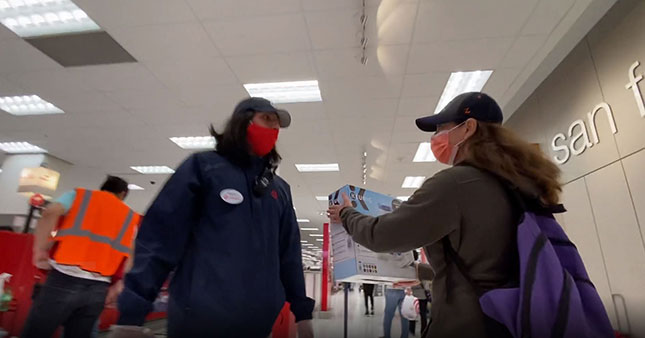 I don’t want to inspire even more people to steal. The criminals I saw didn’t seem organized. No one was hiring them to boost. They were opportunists, grabbing what they want for their personal use or to sell on the street.

How did we get here? The principal factor is California’s Proposition 47, which downgraded shoplifting and grand larceny from a felony to a misdemeanor when the value of the stolen property is under $950. Thieves might get little more than a legal slap on the wrist, but even that consequence has gone by the wayside. Los Angeles district attorney George Gascón declines to prosecute so-called low-level crimes. San Francisco district attorney Chesa Boudin is open about decriminalizing theft.

Meantime, stores in many California cities are closing and blight is intensifying. Target has already shortened its hours in San Francisco, hurting workers and shoppers. Not a day goes by without a robbery or shoplifting incident at a department store or drugstore, supermarket, or mom-and-pop shop. With no repercussions, there is no reason to stop. It’s too convenient and too profitable.

Some residents aren’t standing by any longer. In San Francisco, Boudin is being recalled for dereliction of duty. The movement against him is nonpartisan; his support is waning. Newsom’s recall battle is getting tense: according to the latest poll by the Berkeley Institute of Government Studies, almost half of California voters say that they will vote to oust him in September's special election, though Newsom still holds a slight lead. Escalating crime in the state is a major reason for the turn. Newsom’s rivals, including Larry Elder, Kevin Kiley, and Caitlyn Jenner, all propose a return to law and order.

Maybe this level of chaos had to emerge for different leaders to ascend. People want safe, clean, and vibrant communities. They want to go shopping—or run a store—without people clearing shelves and waltzing out. Employees want to work without being threatened. Businesses want to operate. As for me, I’m giving up my short-lived crime career—even if it was easier than reporting.

Erica Sandberg is a consumer-finance reporter based in San Francisco. As a community advocate, she focuses on homelessness and public order.

Erica Sandberg A discussion with independent Oakland mayoral candidate Seneca Scott, who is appealing to voters fed up with drugs and violent crime.
eye on the news

Erica Sandberg Brooke Jenkins, the city’s interim district attorney, is acting like a normal prosecutor, in contrast with the ousted Chesa Boudin.
audio

A Turning Point for San Francisco?

Abigail Shrier On the grounds of creating a more welcoming environment for LGBTQ youth, State Senator Scott Wiener is making California a haven for human trafficking.
eye on the news