The distinguished French historian Patrice Gueniffey has written a profoundly countercultural book on the place of heroism in the human drama. Rejecting the reigning democratic dogma, he insists that great men, “whether they are really great or really mediocre, beneficial or malevolent, saints or monsters, front and center, or hidden behind the curtain . . . still dominate the stage of modern political theater.” As this passage exemplifies, Gueniffey writes with an élan worthy of the subject. He recognizes that we live in “flattened-out societies,” where the very idea of human greatness threatens “the levelling mentality” that “has spread to all democratic societies.” Democratic man, he shows, no longer knows how to distinguish authentic heroes from the glittering superficiality and spiritual emptiness of celebrity. We late moderns prefer “identification” to “elevation”—we prefer those who are like us in our complacent mediocrity to “heroes calling by their example for effort and sacrifice.”

And yet heroes remain, however despised by cutting-edge intellectuals and ideologues, and however much the target of angry mobs who see them as residues of an unjust past to be repudiated once and for all. Their statues must fall, the angry mobs proclaim—but this egalitarian self-assurance, culminating in nihilistic violence, is ultimately at odds with both human nature and the deepest requirements of collective existence. Heroism, Gueniffey maintains, remains a fitting metaphor for political action in all its grandeur and misery. Contrary to a widespread illusion that accompanied the denouement of the Cold War, we have not arrived at “the end of History.” As long as the dramatic or historical aspects of human history persist, heroism will continue to bless and curse the human adventure.

Gueniffey cites revealing surveys that show that the heroes of European peoples remain national in character. When voting for Europe’s great men, the French choose Charles de Gaulle, the British Churchill and Shakespeare, the Italians Leonardo da Vinci and Garibaldi. Only 3 percent of the French mentioned Churchill and only 2 percent of the English recalled de Gaulle, though both are incontestably great men. The same is assuredly the case for Americans: free peoples, self-respecting citizens, naturally recur to their own national heroes. In this sense, Gueniffey provocatively suggests, the European project in its present form, bereft of a “spiritual principle” and devoid of true political existence, unsurprisingly has no popular heroes.

In his preface to this English-language translation, Gueniffey wonders whether the subjects of his book, Napoleon Bonaparte and Charles de Gaulle, are simply “too French to be of interest to an English-speaking reader.” He rejects that view but acknowledges that there would be a limited French audience for a comparable book on George Washington and Abraham Lincoln—great men, certainly, but belonging more to the American people than to universal history. Yet, as Gueniffey shows, the comparison of Napoleon and Washington did arise immediately after Napoleon’s assumption of power with his coup d’état on November 9, 1799. Napoleon may have ended up a dangerous adventurer, but he began as an “indispensable man,” as Chateaubriand called him, a kind of French Washington who restored the rule of law and sound administration to a France wracked by revolutionary violence and civic divisions. Napoleon preserved the egalitarian achievements of the French Revolution while making peace with the Church and important aspects of France’s ancient heritage. But he refused to submit his genius to laws and institutions.

Napoleon thought it must be comparatively easy to be George Washington, leader of a rustic country of farmers attached to a settled tradition of law and liberty. Washington was a somewhat parochial figure, in Napoleon’s view, admirable to be sure, but of little relevance to French or European conditions. Finally, Gueniffey observes, Bonaparte put “his epoch in the service of his desires, after having put himself in the service of his period’s interests.”

As de Gaulle himself noted in his 1938 book France and Her Army, Napoleon’s “superhuman prestige of genius and his marvelous virtue of arms” evokes both “blame and admiration.” He was no nineteenth-century Hitler or Stalin, no vicious tyrant who killed with impunity. He never really lost the respect of his army and maintained wide popular support. But after 1807, de Gaulle suggests, he undertook task after task that exceeded his means. For all his “incredible military aptitudes,” Napoleon “left France crushed, invaded, drained of blood and courage, smaller than he had found it, doomed to bad borders.” His fatal flaw, in de Gaulle’s judgement, was to sever greatness from moderation, heroism from eventual deference to the good of the country. Gueniffey puts it well: de Gaulle would not “quibble over grandeur, even if it lacks the cardinal virtue of having a sense of measure.”

But de Gaulle’s own path always associated true grandeur with a profound sense of “mesure,” with moderation in politics and the soul. In this respect, he was closer spiritually and politically to Washington and Lincoln than to Napoleon, who was as great as one could be without being good, as Tocqueville put it. That is what separates these two “providential” men, “who, by force of will, extricated a whole country from the rut in which it was mired. Both represented a solution, a way out, at a time when no one could still imagine one.” Napoleon and de Gaulle, Gueniffey writes, “built lasting structures”: “an administration and a body of civil law in Napoleon’s case, political institutions in the General’s case.” And both “restored the country’s self-confidence and respect abroad”—though Napoleon would then fatally undermine it with imperial overreach. Yet, de Gaulle was for a time the more divisive figure: his supreme self-confidence and his (admirable) refusal to accommodate surrender in June 1940 served as a constant reproach to that part of France that chose “legality”—the “slave-prince” Pétain’s accommodation to the new Nazi order—over “legitimacy,” heroic resistance at the service of honor, independence, and human liberty.

Today, Napoleon remains controversial, even if his heroism is secure. But de Gaulle is no longer a subject of divisions and angry polemics: as Gueniffey explains, both Gaullism and anti-Gaullism are effectively dead in France; de Gaulle is universally, though safely, admired. These days, the French resist de Gaulle’s call to make “the effort” (as he put it in his second set of Memoirs), to transcend themselves in the service of grandeur and national independence. The present resident of the Elysée Palace, President Emmanuel Macron, embodies this paradoxical situation: he loves the trappings of a Gaullist presidency but remains a prisoner of the economism, utilitarianism, humanitarianism, and post-national sentiment that defines what exists of a European soul, or “spiritual principle.”

Gueniffey is excellent on the moral motives underlying Gaullist statecraft. The man of June 18, 1940, the founder of the Fifth Republic, combined a providentialist idea of history, a deep sense of personal destiny, a patriotism in which “exclusive fidelity to the nation is tempered by liberal and Christian values,” and a real, if moderate, love of the French Republic. In a word, de Gaulle always resisted what he called “the adventure of dictatorship,” whether in Bonapartist or fascist forms (and he, of course, despised the “totalitarian enterprise” that was Communism, too). This explains why Gueniffey is so harsh on liberal anti-Gaullists who could not finally distinguish between de Gaulle and Bonaparte. But he seems unfair to the great French conservative liberal Raymond Aron, who initially feared Bonapartist aspirations on de Gaulle’s part but who came to appreciate him as “an authentically great man” with “ambitions comparable to those of a Washington.” Gueniffey’s engagement with Aron is too polemical, a rare moment where his judgment seems overwrought, at least to this longtime admirer of Aron.

But that is a quibble. Patrice Gueniffey has produced a masterful work. The French historian knows how to admire without succumbing to hagiography, and to compare without conflating differences. His intellectual culture is wide and deep. He writes beautifully, with no signs of strained elegance. He challenges egalitarian complacency while remaining a friend of democracy rightly understood. Not since François Furet has France seen a historian so gifted and alert to the issues that matter. Furet thought that the age of heroism was perhaps behind us. But after reading Gueniffey’s sparkling book, it is wise to bet on the endurance of heroes and heroism, even in a democratic age that has trouble crediting authentic human greatness. Human nature is stronger than egalitarian illusions.

Daniel J. Mahoney holds the Augustine Chair in Distinguished Scholarship at Assumption University, and for the 2020-2021 academic year is Garwood Visiting Professor in the James Madison Program at Princeton University. He is presently completing a book entitled The Statesman as Thinker: Ten Portraits of Greatness, Courage, and Moderation, to be published by Encounter Books. 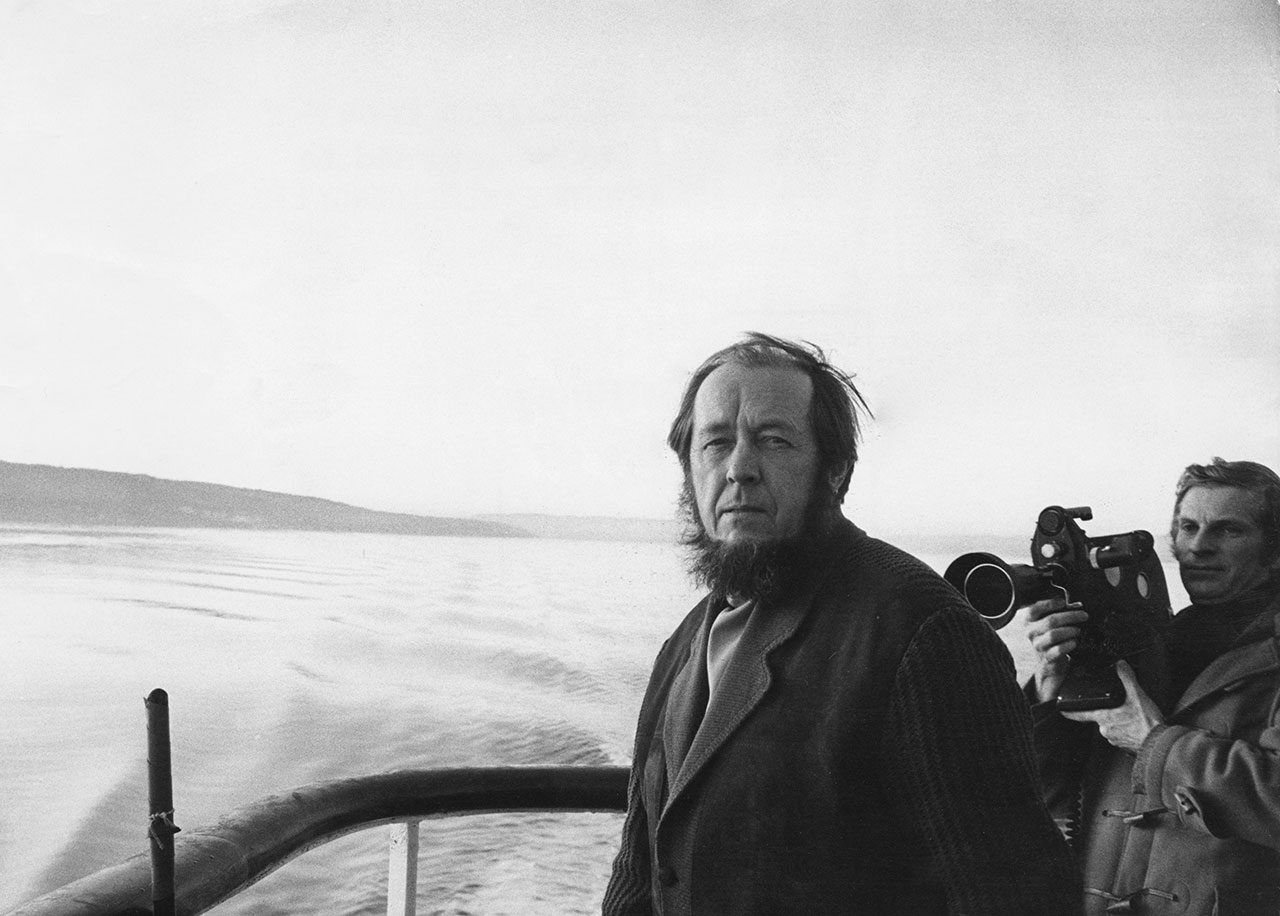 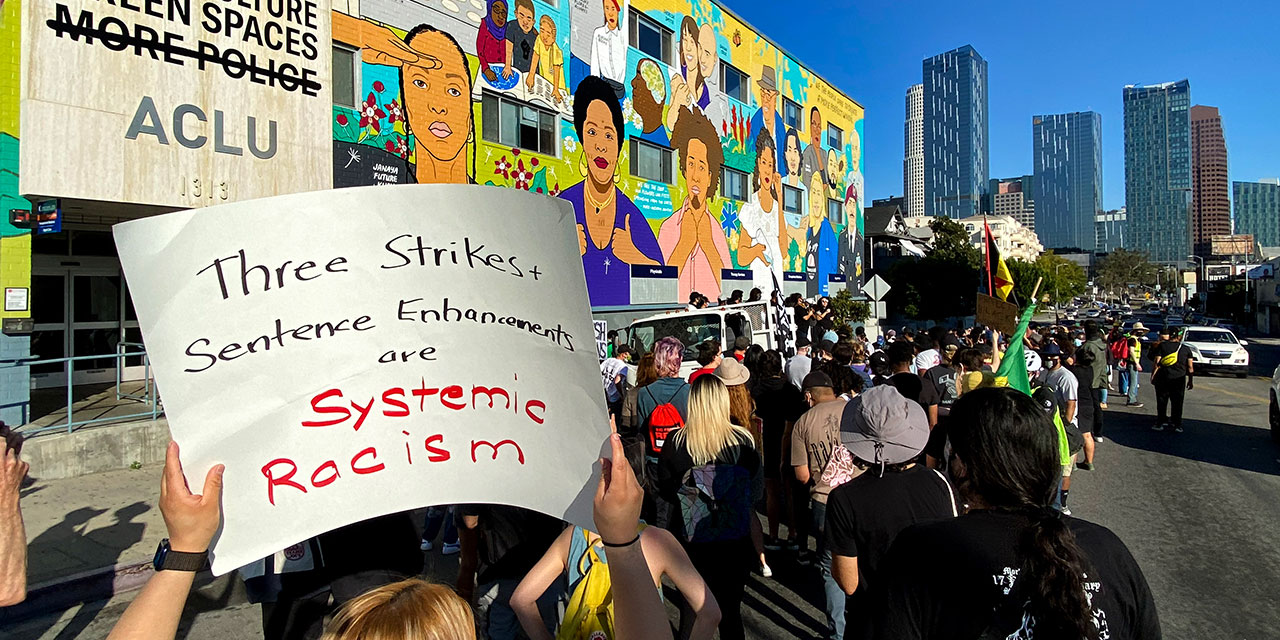