Decades before “equity” became a buzzword in education, E. D. Hirsch, Jr. had his finger on what the word actually means: equal access for all children to the knowledge and verbal proficiency that makes full participation in American life possible. In a series of books and journal articles stretching back decades, Hirsch has argued that we will not have a just and prosperous society until our schools ensure that every child has access to the knowledge that the children of well-off families take for granted.

Hirsch’s scholarship rests on the hypothesis, validated by volumes of evidence from cognitive science, that language comprehension—particularly the ability to read with understanding—is not a discrete, transferable “skill,” like riding a bike, that can be learned, practiced, and mastered. Rather, it rests on a common base of knowledge, literary and cultural allusions, and idioms common to a nation’s “speech community.”

This mental furniture allows its members to participate fully and fluently in civic and economic life, but it’s unequally distributed among knowledge haves and have-nots. Decisions by teachers or by schools about what children should know are thus matters of unusual gravity. It might be decided that teaching Greek mythology is passé, even Eurocentric, and that schools should adopt a more “culturally relevant” curriculum to honor diversity and engage children. But a future college admissions officer or employer might hold it against a young person if they don’t recognize, for example, a reference to “opening Pandora’s box.”

Like a fish that doesn’t know it’s in water, highly literate people are swimming in “background knowledge” of history, science, literature, and art. Sophisticated written and spoken language is a kind of shorthand. Writers and speakers rely on assumptions about what their readers and listeners know to fill in gaps, supply context, and resolve ambiguities in speech and texts. Thus, Hirsch argues, fairness demands that schools teach a rigorous core curriculum in elementary school (and ideally middle school) that closes knowledge gaps. To do otherwise is to subvert the school’s role as an engine of upward mobility.

Hirsch’s egalitarian vision is as empirically verifiable as it is out of step with current education fashions. Not surprisingly, his work has been mischaracterized as “banking” and canon-making, or even as an effort to impose “whiteness” on nonwhite students. In fact, it’s an effort to catalogue the taken-for-granted knowledge of the broad American speech community so that it can be taught. This fundamental disconnect led University of Virginia professor of psychology Daniel Willingham to describe Hirsch’s landmark 1987 book Cultural Literacy, which spent six months on the New York Times best-seller list, as “the most misunderstood education book of the last fifty years.”

The years since the firestorm over Cultural Literacy have been kinder to Hirsch. The content-rich elementary education he champions has not overthrown the progressive, “child-centered” pedagogies he has criticized, but the education world that once reviled him as a reactionary trying to impose an archaic canon on children has increasingly accepted that he was right: there is no escaping the connection between broad general knowledge and broad general literacy. Hirsch launched the Core Knowledge Foundation over 30 years ago to promote his ideas and produce a curriculum built on his insights. Today, many publishers promote and sell a “content-rich” English Language Arts curriculum.

Hirsch has refined his message and mustered fresh evidence in each of his subsequent books, but now, at 92, in what he says is his farewell book, his project has taken on fresh urgency. The aim of How to Educate a Citizen is not merely to save American education from demonstrably false ideas about teaching and learning, but to save America itself. This sounds grandiose, but it follows from Hirsch’s core thesis. Education and nationhood are functionally the same idea. “Intellectual error has become a threat to the well-being of the nation,” Hirsch warns. “A truly massive tragedy is building.”

Our earliest thinkers about education “thought the school would be the institution that would transform future citizens into loyal Americans,” Hirsch writes. More than two centuries ago, Benjamin Rush, signer of the Declaration of Independence, wrote an essay advocating a common elementary school curriculum. “The paramount aim of the schools, he wrote, was to create ‘republican machines.’ By that he meant active, loyal, purposeful citizens of the republic.” The mechanism that builds strong readers and drives genuine educational equity is the same one that builds strong bonds of affection and loyalty among citizens. “The elementary school is decisive for forming both our knowledge base and our gut allegiance,” Hirsch writes.

We are far more accustomed to thinking of schools as a means to promote the private ends of college or career. Hirsch reminds us that “nation-creating” was the explicit aim of American public education at its founding, “reinforced in primers and spelling books on a scale never before seen in human history.” New York in particular, with its diversity of immigrants and religions, was “especially alert to the need to build up a shared public sphere where all these different groups could meet as equals on common ground,” he writes. “How prescient the founders were in being worried about factions and lack of public spirit and even disloyalty to the republic,” he laments. “We have, to our distress, acquired some of the evils they feared.”

How to Educate a Citizen arrives at a moment when the dominant ideas in education are once again working against his unifying vision for common schools. On the right, advocates often put a higher priority on school choice; on the left, a strident social justice orthodoxy insists that all institutions, especially public schools, must be “anti-racist” and “decolonize” their curriculum. Recall how Colin Kaepernick last year pressured Nike to discontinue a sneaker adorned with the 1776 flag, which he claimed was an offensive symbol from the era of slavery. A nation that cannot agree whether its flag is a symbol of pride or racial hatred is not ready to agree on what its children should be taught.

Hirsch is fond of invoking the words of Thomas Jefferson, chiseled over a doorway on the campus of the University of Virginia, where he taught for decades. “For here we are not afraid to follow truth wherever it may lead, nor to tolerate any error so long as reason is left free to combat it.” Guided by those words over his long, admirable, and prolific career, E. D. Hirsch, Jr. has worked patiently to correct the errors of the false prophets of progressive pedagogy and to restore the public purpose of American education and its founding ideals. It is up to the rest of us now to follow his lead.

Robert Pondiscio is a senior fellow with the Thomas B. Fordham Institute and the author of How the Other Half Learns. 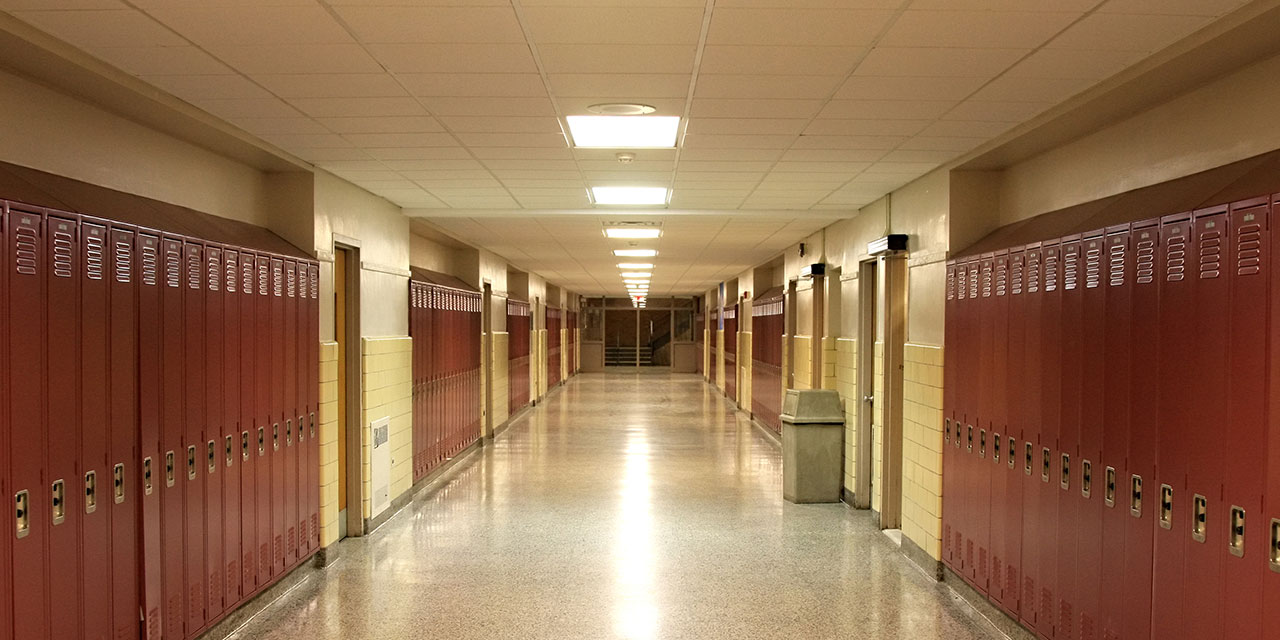 Robert Pondiscio Uncertainty surrounds the reopening of schools in the fall.

Robert Pondiscio Once again, Success Academy leads the way.
eye on the news

Naomi Schaefer Riley Remote schooling is taking a toll on kids everywhere, but especially those in vulnerable domestic situations.