Some years ago, I lived in Munich, where it was nearly impossible to find a pedestrian drinking fountain. Though ubiquitous in other cities, such water fountains were missing from the German city’s urban landscape. A friend explained that many of Munich’s stunning decorative fountains in public squares were built to pump potable water—a response to the city’s nineteenth-century cholera epidemic.

Over time, with rising awareness of the germ theory of disease, cities adapted public drinking fountains to more sanitary practices. In the United States, for example, it was once common to share a tin cup at water fountains; each drinker used the same vessel as dozens of other people. By the early twentieth century, the movement to ban the “common cup” and limit the spread of germs attracted widespread support. In 1912, a federal law, the first of its kind, banned sharing cups on interstate railways.

An emerging industry took advantage of these reforms. In 1907, Lawrence Luellen invented and marketed the “Health Kup,” a waxed, disposable paper cup. By 1919, the name was changed to Dixie Cup—a product still common in America’s households. Luellen’s invention created a sanitary alternative to the shared cups of the past. Paper cups became standard in American businesses, from restaurants’ takeout beverages to single-serve ice cream.

In recent years, the anti-plastic movement pushed for reusability and the elimination of single-serving cups to save the environment. The Covid-19 pandemic, however, has shifted the trend back to using disposable cups as the more hygienic option. After all, we accept disposability as a health requirement in other areas—especially in medical care, with single-use needles, gloves, and catheters. In the 1980s, AIDS underscored the importance of disposable medical products to lessen the risk of infection.

Diseases have left legacies on our buildings, too. In the nineteenth century, New York City first passed regulations intended to mitigate health problems associated with overcrowded housing. In 1879, a tenement law mandated that apartments have windows and airshafts for ventilation. But building owners often made minimal effort to conform, creating the distinctive “dumbbell”-shaped buildings, with a small gap at the sides, for airshafts, which barely ameliorated the problem. In the 1880s, waves of immigrants arrived in New York’s poorest neighborhoods. Jacob Riis’s classic report, How the Other Half Lives, exposed their grim living conditions. By 1901, an outbreak of smallpox on the Lower East Side led to the New York State Tenement House Act, which mandated courtyards and more open space. Even today, Old Law (pre-1901) and New Law tenement buildings are distinctive, leaving a permanent mark on Manhattan’s streets.

Other cities had their own responses. In 1924, Los Angeles suffered the nation’s last bubonic plague outbreak, which killed 37 people. Eradication involved not only rat control but also the demolition of many downtown buildings. Targeted structures were burned. The plague ultimately motivated the city to change its urban layout.

We’re still surrounded by reminders of public-health concerns of the past. Burning urban waste was once considered the most hygienic form of disposal. Older buildings still have incinerator shafts, though they’re now welded shut, since burning trash was banned. Similarly, in older houses and apartments, you can still find a razor-blade disposal slot in the back of the medicine cabinet. Nobody wanted to risk throwing sharp blades into the wastebasket. (The mysterious slot didn’t lead anywhere; the blades just fell into the space behind the cabinet, apparently to rust there for eternity.)

The legacies of past public-health concerns continue in ways that we rarely consider. Our public drinking water, for example, is chlorinated to protect us from water-borne illness—particularly cholera and typhoid. In 1908, Jersey City became the first American city to chlorinate water. By the 1930s, waterborne epidemics were a thing of the past in the West. But another waterborne pathogen, polio, caused national concern well into the twentieth century. It seemed to spread more in the summer, and swimming pools were often seen as the culprit. Chlorination become the standard method for treating water in public pools.

Covid-19 will likely leave its mark, too, in the design and use of public spaces. As we learn to value social distancing as potentially lifesaving, we should expect to see many cultural adaptations. Perhaps future generations will marvel that we ever shook hands or hugged people whom we’d just met—especially if they live in a world where the standard greeting has evolved into a foot tap, an elbow bump, or just a wave on a screen. 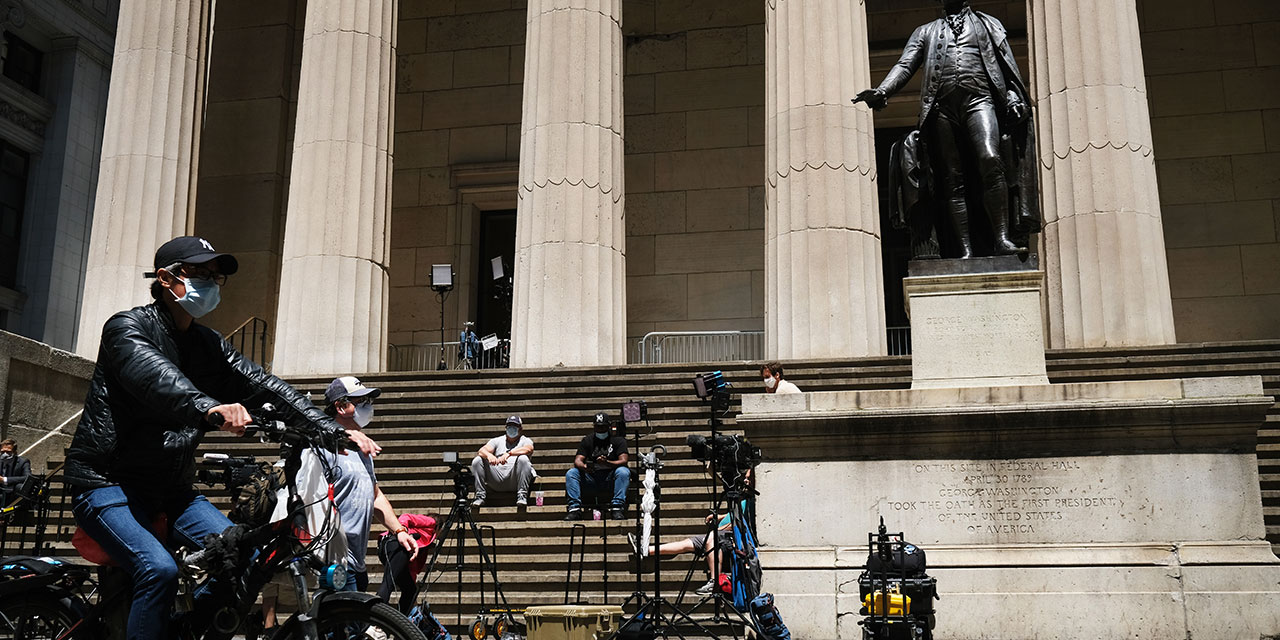 Katrina Gulliver If public treatment of past infectious-disease outbreaks is any indication, Covid-19 stands as good a chance at being forgotten as being commemorated.
More on