This week marks the 157th anniversary of the Battle of Gettysburg. As it happened, Union victory in Pennsylvania on July 3, and the surrender of Confederate forces at Vicksburg, Mississippi, on July 4, portended a gradual death for the Southern rebellion. When the Confederacy collapsed in 1865, so, too, did the foundation of its apartheid society: institutionalized racial slavery.

Yet the ultimate success of Union arms was hardly a foregone conclusion in 1863. Emboldened by its victory at Chancellorsville, Robert E. Lee’s Army of Northern Virginia crossed the Potomac River, passed through Maryland, and raided south-central Pennsylvania. It plundered farms, enslaved freepersons, and terrorized local civilians. George Meade, appointed commander of the northern Army of the Potomac on June 28, understood the gravity of the moment; some of his soldiers had even lost confidence in their army. But morale increased and courage prevailed as Northern troops chased the rebels. Loyal citizens turned out in droves to cheer the men, with young girls greeting the army with flowers and bands performing patriotic airs.

At that point, sensing imminent battle, Meade issued a circular to his army. The nation looked anxiously to the men in federal blue for deliverance. Homes, firesides, and altars were at stake. Commanders were authorized to order the instant death of any soldier who failed in his duty.

The opposing armies closed in Gettysburg. Possessed of sound tactical vision, General John Fulton Reynolds dashed to the front and ordered Union infantry into the critical zone on July 1. Regarded as the ablest soldier in the Army of the Potomac, Reynolds paid with his life for such decisive leadership.

It wasn’t the brilliance of generals, however, that decided the battle’s fate. On the shoulders of common soldiers rested the future of the nation. These men cherished the Union as a model of self-government. It was the repository of timeless principles that, as Abraham Lincoln declared in 1857, established a “standard maxim for free society.” The hope of freedom this Republic afforded was “familiar to all, and revered by all; constantly looked to, constantly labored for,” and though “never perfectly attained,” nevertheless “constantly approximated.” Thus, this Union “augment[ed] the happiness and value of life to all people of all colors everywhere.”

And so, Wisconsin volunteers responded to their commander’s call, when ordered to hold the Herbst Woodlot that July day, “if we can’t hold it, where will you find men who can?” The next afternoon, on Little Round Top, a professor-turned-colonel inspired men from Maine’s woods to defend their rocky, hilltop soil. His ammunition spent, Joshua Chamberlain ordered a bayonet charge. On the third day, on Cemetery Ridge, a Union gunner fought to the last extremity, reloading, aiming, and firing his red-hot artillery pieces as members of his crews were struck down by bullets. The body of Alonzo Cushing was found with his thumb charred to the bone.

That November, after the dead were interred at the new national cemetery, an embattled president explained why America was exceptional in global history. The United States was a “new nation,” brought forth “four score and seven years ago”: new, not merely because it was conceived and had a beginning, but because nothing quite like it had existed before. Unlike European nation states—where identities derived from common languages, ethnicities, and religions—the U.S. was dedicated to a philosophical proposition, the ground truth of which was the immutable equality and dignity of persons. In 1787, when the framers of the new government congregated in Philadelphia to form “a more perfect Union,” they debated with great seriousness the future of slavery in the Republic. And the Constitution they crafted excluded the codification of slavery in national law. It was a grave wrong, as James Madison and others put the matter, to admit that there could be any right to property in persons. Since that founding, Lincoln had often argued, one section of the country had increased local protections for slavery to cement the wicked institution in society. But in the beginning, in the spirit and substance of national law, antislavery had been the blueprint for America. This, after all, was what the cruel war was all about.

In the end, the “new birth of freedom” of which Lincoln spoke at Gettysburg accomplished the destruction of racial slavery in the United States. This joyous outcome astounded the many millions of Americans who for years had trembled before slavery’s immense power and endured the horrors and depravations of civil war. But it wasn’t an inevitable result—a fact that invites us to consider the complex and uncertain interplay of history and progress.

In our time, we are often struck by impressions of America’s moral failures more than we are inclined to celebrate its achievements. This summer, racial violence and property destruction on city streets have caused many to question the noble promise inherent to the American ideal. Many have lost faith that the United States remains, as Lincoln believed, “the last, best hope of Earth,” a place where women and men, of all colors and socioeconomic stations, are free to run the race of life and achieve the fullness of their human potential. Now monuments are being toppled. A mayor has even voiced his support for removing from the public square a statue of the Great Emancipator himself.

We would be remiss to forget what loyal soldiers themselves believed as their columns marched toward Gettysburg and across the South in the summer of ‘63, hastening the end of the Civil War in America, and with it, the end of racial slavery. In spite of its failings, theirs was a nation “worthy of the saving.” As one volunteer officer, his legs shattered by bullets, wrote one year after the battle in his regimental report: “I regret the loss of the many gallant patriots who lost their lives or received honorable scars” in the desperate fighting. “But I rejoice,” he continued, that “it was in the battle of Gettysburg and in defense of human freedom and republican institutions.” 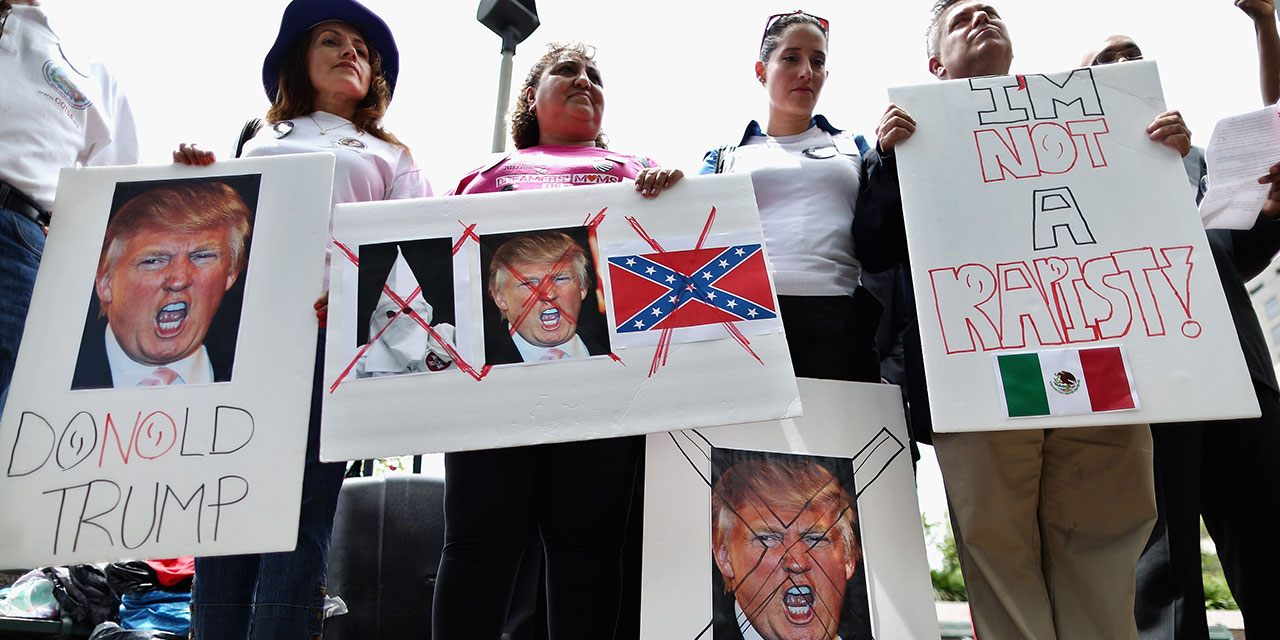 The Confederacy Is Dead

Mitchell G. Klingenberg Fantasies that modern Republicans are successors to a slaveocracy abuse history and chart a dangerous course toward violence.
More on