The Left’s fixation on climate change is cloaked in scientism, deploying computer models to create the illusion of certainty. Ever more convinced of their role as planetary saviors, radical greens are increasingly intolerant of dissent or any questioning of their policy agenda. They embrace a sort of “soft Stalinism,” driven by a determination to remake society, whether people want it or not—and their draconian views are penetrating the mainstream. “Democracy,” a writer for Foreign Policy suggests, constitutes “the planet’s biggest enemy.”

Today’s working and middle classes are skeptical about policies that undermine their livelihoods in the promise of distant policy goals. Even now, after a decade-long barrage of fear-mongering, a majority of Americans, Australians, and even Europeans doubt that climate change will affect their lives substantially. A recent UN survey of 10 million people found that climate change ranked 16th in concerns; most people in the developing world, notes environmental economist Bjorn Lomborg, “care about their kids not dying from easily curable diseases, getting a decent education, not starving to death.”

Like other people in high-income countries, most Americans want to improve the environment and many, if not most, are concerned about the potential impact of climate change. But they still rank climate as only their 11th leading concern, behind not just health care and the economy but also immigration, guns, women’s rights, the Supreme Court, taxes, income, and trade. A recent Harris-Harvard poll found that three-fifths of Americans reject the portfolio of Green New Deal policies, including a third of Democrats and half of people under 25.

Simply put, once the current green agenda is understood in terms of its impact on jobs and energy prices, it does not play well. In recent Australian elections, voters soundly rejected a progressive agenda that targeted suburban residents and the country’s large fossil-fuel industry. Opposition was particularly strong in primarily blue-collar areas like Australia’s Queensland. The results in Australia led local celebrities and pundits to brand their fellow citizens as unremittingly “dumb.”

Areas dependent on energy and manufacturing—such as Appalachia, Ontario, Alberta, the U.S. Midwest, and the British midlands, have pushed back against the prospective green regime. Even Germany has seen mounting opposition to green policies, which have sent the country’s powerful industrial base reeling from the associated high energy costs. But it’s not just miners, oil-riggers, and factory hands resisting the greens. French residents trying to make a living outside central Paris, and their counterparts in normally placid places like Norway and the Netherlands, have taken to the streets, sometimes violently.

Imagine what will happen if a President Elizabeth Warren bans fracking in places like Texas, North Dakota, Ohio, West Virginia, and Pennsylvania; in Texas alone, by some estimates, 1 million jobs would be lost. Overall, according to a Chamber of Commerce report, a full ban would cost 14 million jobs—far more than the 8 million lost in the Great Recession. And the environment itself would be somewhat of a loser in this game—natural gas has done more to reduce emissions than all the greens’ efforts.

Across the world, green-backed policies have hurt the working class far more than the affluent rich who most enthusiastically embrace them. The militant Extinction Rebellion—which the online magazine Spiked has described as “an upper-middle-class death cult”—has tried to disrupt commuters in Britain in their drive to “save the planet” but has earned more angry contempt than support from harried workers. Though cast by the media as heroic outsiders, greens have historically clustered in elite academic, nonprofit, media, and corporate sectors. The influential Limits to Growth, published in 1972 by the Club of Rome, was backed by major corporate interests, led by Fiat’s Aurelio Peccei. The authors’ long-term vision, based on the notion that the planet was running out of resources at a rapid rate, was to create “a carefully controlled balance” that would restrict growth, particularly in advanced countries.

Whatever its failings, twentieth-century socialism was growth-oriented and in principle devoted to expanding working-class wealth. In contrast, the green version of socialism consciously seeks to depress the average family’s prospects, since prosperity will generate more greenhouse gases. Some zealots, such as the Guardian’s George Monbiot, argue in favor of economic recession as a way to reduce carbon emissions, even if it causes people to lose their jobs and homes.

Draconian climate austerity does not threaten the jobs of the so-called “clean rich,” who may benefit as investors in solar and wind energy, the trading of carbon offsets, and other activities of the “climate industrial complex.” Some old-style leftists, like British Marxist historian James Heartfield, see the emergence of “green capitalism” as a new ruse for the upper classes to suppress the lower by creating artificial scarcity in everything from energy to housing and food. Greens seek to restrict air travel for the masses, but climate activists like Prince Charles, Richard Branson, Leonardo di Caprio, the rapper Drake, and Al Gore continue to fly in private jets, even to climate-crisis summits. They enjoy, and develop, luxury resorts far from population centers, and consume prodigiously while imploring the rest of us to curb our more modest habits.

For most families, the policies of climate radicals promise only a degraded quality of life, including calls for restrictions on having children due to their “carbon legacy,” a proposal endorsed by climate researchers at Lund University in Sweden and Oregon State University. Some scientists even suggest that we shift from eating hamburgers to low-resource-intensity “maggot sausages.” A Swedish economist recently suggested that we recycle ourselves and discover the refinements of cannibalism.

Not surprisingly, the advocates find democratic politics increasingly inconvenient. Climate scientist Roger Pielke’s 2010 notion of “the iron law of climate policy”—that support for reducing greenhouse emissions is limited by the amount of sacrifice demanded—determines people’s willingness to cut back on their carbon output. “People will pay some amount for climate goals,” he suggests “but only so much.” At a cost of $80 a year per household, he suggested, most people, polls found, would support climate measures—but raise it to $770 annually, and support drops below 10 percent.

Given this reality, it’s likely that a future president will not be able to get a majority of both houses to embrace extreme policies inimical to middle-class life. This will force the chief executive, following the model established by President Obama (and reversed by President Trump), to impose the climate agenda through executive orders and the administrative state. The idea of a top-down approach—handing over power to credentialed “experts” operating in Washington, Brussels, or the United Nations—has been advanced by influential progressives like former Obama budget advisor Peter Orszag and journalist Thomas Friedman.

Climate activists increasingly embrace these post-democratic notions. Some, including former California governor Jerry Brown, seem to prefer China’s authoritarian approach to addressing climate issues, despite that country’s largest-in-the-world and still-expanding carbon footprint. Brown has helped launch a “California-China Climate Institute” that embraces the Chinese model. He even embraces “brainwashing” the population to get support for draconian climate measures, along the lines of Chinese thought control.

Once respectable and mainstream, the climate movement now resembles something inspired by religious fervor. Instead of debate, there’s enforced ideological conformity. Climate skeptics of any kind—even those who agree that climate change poses a serious challenge—have been all but banned, with rare exceptions, from the mainstream media. Others, including those in the fossil fuel industry, face court challenges that portray them as so-called “climate criminals.”

Such movements don’t tolerate infidels and have little patience with constitutional limits and procedures. Social Democrat Wolfgang Thierse, former president of the German Bundestag, recently told Die Welt that green militants display an “anti-democratic affection.” A German television reporter covering climate protesters described a movement dismissive of “our understanding of freedom and responsibility” that “borders on a collective psychosis, paired with wild fear and demands. Ever shriller, ever louder, ever faster.”

Demands to “decarbonize” the planet at once draw inspiration from scaremongering as much as from science. Ever since the 1968 publication of Paul Ehrlich’s Population Bomb and the 1972 Club of Rome report, environmentalists have predicted massive shortages of natural resources, the end of economic growth, and widespread starvation, claims generally accepted without skepticism in media, academic, and even political circles. Yet energy and food are more plentiful than ever, as the world has experienced the largest growth in affluence in its history.

Being proved wrong has failed to get greens to rethink their doomsday assumptions. Instead, every decade sees predictions that planet has five or ten years left if extreme measures are not taken immediately. After the election of President Obama in 2009, NASA’s James Hansen, an icon of the climate-change movement, announced that the new chief executive had four years to save the earth. Many phenomena ascribed to climate change—hurricanes and droughts, for example—turn out to have multiple and more complex causes. In the case of California’s wildfires, some of the problem can be traced back to green policies that prevent the thinning of the state’s forests. Similarly, the now-ended drought was made much worse by environmentalist opposition to new water infrastructure. Activists even blame the recent power outages on climate, though the primary cause was lack of investment and maintenance by local electrical utilities.

Today’s aggressive green policies have little chance of making an impact on the climate. California, the hotbed of climate radicalism, has reduced its greenhouse gases between 2007 and 2016 at rate that places it 40th, per capita, among the states. Similar failures can be seen in Germany, where much-heralded energiewende have led to soaring costs but disappointing results in terms of emissions declines. Even if the U.S. adopted the Green New Deal, the impact on climate, note some recent studies, would be almost infinitesimal. What we do in the West is increasingly irrelevant when virtually all the growth in emissions comes from developing countries, led by China, where hundreds of millions still live in near poverty. Globally, over 1 billion people lack reliable electricity. Leaders in countries such as India tend to be more concerned with access to power than with avoiding greenhouse-gas emissions.

Long-time environmentalist and author Ted Nordhaus suggests that, to make headway with the public, the green movement should give up “utopian fantasies” and “make its peace with modernity and technology.” Green virtue-signaling needs to be replaced by a practical program that could win public support, including focusing on resiliency against expected change and expanding production of hydroelectric, nuclear, and increasingly abundant natural gas rather than ruinously expensive renewables. In contrast, the Green New Deal’s pledge to abandon fossil fuels by 2030, notes former Obama energy secretary Ernest Moritz, presents “impractical targets” that may “lose a lot of key constituencies who we need to bring along to have a real low-carbon solution.”

The fundamentalist green approach now being adopted represents a political dead-end that requires authoritarian means while saving the planet at the expense of upward mobility for the vast majority. Rejecting the middle ground that exists in properly functioning democracies, green extremists are doing a profound disservice, both to our constitutional order and to the sustainability of our society—and planet.

Joel Kotkin Racialism, from any side of the political spectrum, is a recipe for disaster. 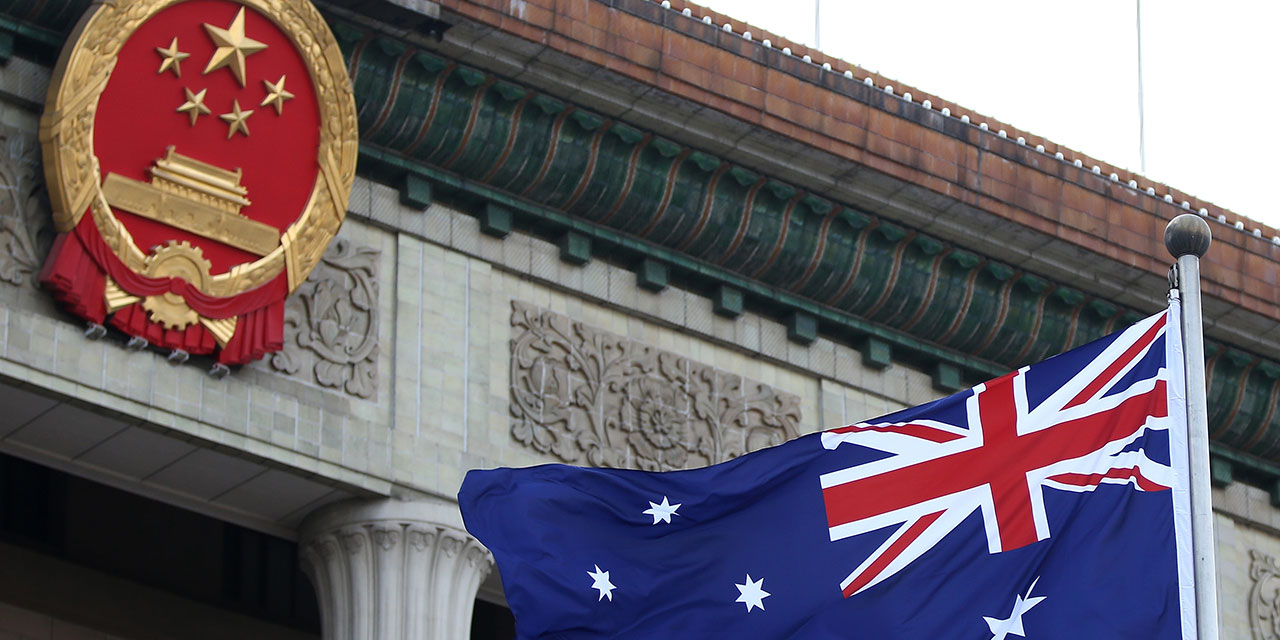