A new generation of “antiracist” intellectuals and activists is rewriting rules, canceling nonconformists, and making a grand attempt to rid America of what they consider its systemic racism. With the support of academia, media, and many major corporations, they seem well positioned to achieve their goals. They even have support in in the White House, as President Joe Biden stated in a press conference last month that he will make “racial equity” a priority for the “whole of government.” Yet these efforts may encounter a surprising obstacle: the Civil Rights Act of 1964.

The Civil Rights Act was passed to end decades of overt discrimination and disenfranchisement against blacks. It was the seminal step in moving the country toward the equality that civil rights leaders had spent years fighting to achieve, a realization of Martin Luther King Jr.’s dream that his children be judged by the content of their character, not the color of their skin. It seemed to be what the nation needed, what those fighting for equal rights wanted, and what the founding principles of the country demanded—however imperfectly they had been implemented over the years. But that was long ago.

Today’s advocates see things differently. What America needs now, they say, is not equality, but equity: a concept that trades the old notion of colorblindness for an obsessive focus on racial bean-counting and requires the race-conscious redistribution of power from whites to underrepresented minorities.

The two concepts are contradictory. Careful examination of progressive demands juxtaposed with the language of the Civil Rights Act leads to the conclusion that those demanding equity should demand the law’s repudiation.

Consider the actions of government officials during the Covid-19 pandemic. As the rollout of the vaccine unfolds, nearly half of U.S. states have stated openly that they want to prioritize the delivery of vaccines to “black and brown communities.” New York governor Andrew Cuomo chastised the federal government for not having a provision for outreach to minorities. Meantime, when civil rights leaders demanded that funding be allocated explicitly to black businesses, Oregon answered the call, establishing a fund that set aside $62 million in federal money for “black relief + resiliency.” All of this appears to violate Title VI of the Civil Rights Act, which states that no person on the ground of race, color, or national origin can be “denied the benefits of, or be subjected to, discrimination under any program or activity receiving federal financial assistance.”

Recently, New York mayor Bill de Blasio took steps to correct what he saw as systemic inequalities in the city’s selective-enrollment schools. Because the student body at these schools did not reflect the city’s racial makeup, de Blasio changed the admissions requirements from grades, attendance, and test scores to a lottery to increase the enrollment percentage of minority students. The move was heralded by equity advocates, with seemingly no regard for the provision in the Civil Rights Act that states, “desegregation shall not mean the assignment of students to public schools in order to overcome racial imbalance.”

Some “antiracists” have advocated the formation of racially segregated spaces—from black dorms and segregated graduations to the forcible reversal of gentrification in traditionally black neighborhoods—apparently unaware that Title II of the Civil Rights Act bans discrimination in public accommodations.

In the business world, progressives aim explicitly to elevate minorities at the expense of whites. Companies across the country have paid huge sums to “diversity trainers,” such as Robin DiAngelo, who ostensibly work to counteract bias in the workplace but actually further it by vilifying whites. Recently, a Coca-Cola employee leaked slides of a company diversity training session where employees were told to “be less white.” Yet Title VII of the Civil Rights Act bans attempts “to limit, segregate, or classify his employees in any way which would deprive or tend to deprive any individual of employment opportunities or otherwise adversely affect his status as an employee, because of such individual’s race, color, religion, sex, or national origin.”

Few employees are willing to risk pushing back against such treatment, and those who do can face additional discrimination. When Jodi Shaw, a former Smith College librarian, filed a complaint with the school’s institutional compliance officer over its mandatory diversity trainings and alleged hostile treatment, she was rebuffed—for a strange reason. In the words of the office of equity and inclusion representative, “The Civil Rights Act of 1964 was created to protect traditionally marginalized people.”

In fact, the Civil Rights Act protects all Americans from racial discrimination, a fact too many contemporary progressives have forgotten. How else to explain law professor Brandon Hasbrouck’s call for “vote reparations,” according to which the votes of black Americans should count twice? No matter how far-fetched Hasbrouck’s idea, it is telling that a law professor would advance a proposal so at odds with the law’s mandate that “no person shall apply any standard, practice, or procedure different from the standards, practices, or procedures applied under such law or laws to other individuals.”

Those demanding what I call “adjective justice”—social, racial, and so on—do not want equality. They justify discrimination on the basis of helping the oppressed. This approach lies at the heart of what I call progressive racism, a sort of kinder, gentler racism. Regardless of their intent, such an approach is irreconcilable with the letter of civil rights laws and the principles of the movement that led to their passage. If “antiracists” truly believe in their cause, it is only a matter of time before they decide that the Civil Rights Act of 1964 is an obstacle to the equity they seek and must be repealed for the greater good.

Charles Love is the assistant executive director of Seeking Educational Excellence, host of The Charles Love Show, and the author of the upcoming book Race Crazy: BLM, 1619, and the Progressive Racism Movement. 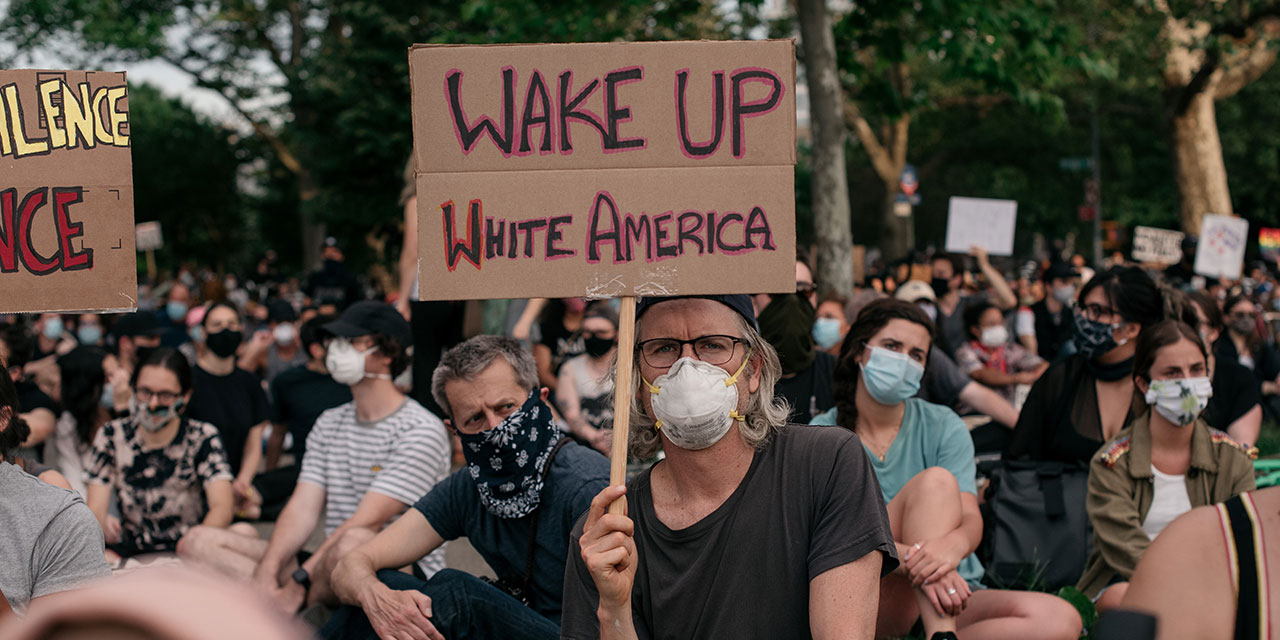