Two decades ago, Nobel Prize economist Robert Lucas observed: “What can people be paying Manhattan or downtown Chicago rents for, if not for being near other people?” That statement was true 20 years ago—and, despite Covid-19, it will be true 20 years from now, too. The same fundamentals will continue to drive urban growth.

It’s useful to recall that Covid-19 is not a unique event. The 1918–19 Spanish flu, much more lethal than Covid, did not halt the exodus from countryside to city, then in full swing in industrializing nations. Before the medical advances of the twentieth century, cities were deadlier than the countryside, hotbeds of infection and disease. Yet rural folk kept flocking to cities in America, Europe, and elsewhere. Such was (and remains) the power of what economists call agglomeration. Writing in the American Economic Review in 2002, Donald Davis and David Weinstein, two American economists, showed how Hiroshima and Nagasaki, after being flattened by the atomic bomb, resumed their growth paths 20 years later—powerful proof of the resilience of cities. If the atom bomb failed to arrest their growth, why would a passing pandemic, however destructive, do so?

The glue that binds information-rich industries to cities can be summarized in a word: meetings. The need to meet will return. Hurried businessmen and women will again run from meeting to meeting, iPhones glued to their ears. The business lunch will return, to the relief of downtown restaurant and bar owners. This optimistic prediction, I understand, is of scant solace for those who have borne the brunt of urban lockdowns, which have turned many downtowns into wastelands. But it will happen, I believe.

But hasn’t Covid demonstrated that transactions previously requiring a physical presence can be replaced by electronic communications? Won’t downtowns be less necessary? We’ve been here before, too. With each new technology, pundits predict a major shift—think of Frances Cairncross’s 1997 bestseller, The Death of Distance. Yet distance did not die with the Internet. Instead, the concentration of knowledge-rich jobs in large cities accelerated. More than a century ago, the arrival of the telephone and other communications improvements didn’t slow urban growth, either.

The reason: e-communications and face-to-face meetings are complements, not substitutes, which explains the apparent paradox of the parallel growth in business travel and e-communications. Each new communications technology generated new demand for meetings. Communicating electronically is almost always an accompaniment—a prelude or a follow-up to the real thing. If Covid has taught us anything, it is that videoconferencing, technological advances notwithstanding —Skype, Zoom—is rarely a satisfactory substitute for face-to-face encounters.

The continued need for physical presence tells us that the long-term impact on demand for office space will, in most places, be minimal. The decline in floor space per worker was already under way in North America pre-Covid, but it had little visible effect on long-term growth in overall demand for office space. Ultimately, the principal driver of floor-space demand remains the structural shift of economies toward ever more meeting-intensive activities. Office-using industries will continue to add more jobs than other industries, while generating floor-space demand in adjoining restaurants, hotels, and convention centers. Also, we may expect Covid to encourage a demand for roomier, airier meeting spaces, outside patios, elevators, and ventilation systems, countering the decline in floor space per worker. The design of the post-Covid office will likely change, but not its basic economic rationale.

Remote work is doubtless here to stay, to a significant degree. But studies for the U.S. and Canada suggest that the proportion of workers in occupations that lend themselves to teleworking is about 40 percent, with knowledge-rich occupations obviously at the top of the list and hospitality, construction, and manufacturing at the bottom. Before Covid, teleworking remained an option for a small minority. The pandemic has changed that, of course, with telework approaching and even surpassing 50 percent in many cities (for those lucky enough still to be employed). Surveys suggest that the majority of those forced to work at home would like to continue doing so. But for the vast majority of these teleworkers, the link with the office will remain strong. Survey data suggest that a hybrid work schedule will emerge, with a varying mix of days at home and at the office. The umbilical link with place of work and the city won’t disappear.

Arguably, the most significant change that Covid will bring is in the perception of home. If I’m to spend many hours working at home, I want a house (or an apartment) where I can comfortably work and a neighborhood where, ideally, I can easily find the amenities of daily life: eating places, gyms, grocers. Teleworking means making or adding room for a home office, putting a premium on space but also on gardens, porches, and balconies, which, added to the convenience of less commuting, will favor suburban locations, in many cases. The memory of home confinement and lockdowns may cause many homeowners and renters to take a second look at their home and ask: “Is this where I want to be when the next pandemic strikes?”

The post-Covid city—in which home has acquired renewed importance and households, especially in upper income brackets, will enjoy greater freedom to choose where they live—does have a dark side. A basic rule of urban economics is that improvements in communications and transportation allow cities to expand. The tramway and, later, the car facilitated suburban growth, giving those able to take advantage of the new transport modes a greater range of housing options—but also facilitated the growth of socially (and racially) segregated neighborhoods.

The same rule applies to telework. Here, again, is a technology that enables those who so wish (and who can) to self-segregate. It’s too early to predict conclusively the social geography that this new technology will produce. But we have no reason to think that teleworkers will not largely replicate a region’s preexisting social geography, with demand concentrated in upscale markets.

Many teleworkers, depending on the city, will use their cars for periodic visits to the office, classroom, or lab. Whatever work schedule they adopt, the result will be fewer daily trips, reducing congestion—a good thing—but also incentivizing others to use their cars. The net result for daily trips is impossible to predict, dependent on city context; but congestion could increase over the long run. Car use in general, in my view, will regain favor in the post-Covid city, with teleworking only part of the story. In most cities, those who continued to commute during the pandemic consciously shunned public transit for fear of contagion, returning to car use when possible. How long the memory of the pandemic will depress transit demand is impossible to predict.

Here we must distinguish between cities like New York, Montreal, and San Francisco, with well-established transit systems and dense central business districts, and other metropolitan areas, like Atlanta and Houston, where transit accounts for less than 5 percent of daily trips. In transit-strong cities, I am confident that ridership will eventually return. This may sound overly optimistic, given the cataclysmic collapse in ridership, and the funding needs are truly astronomical. But for cities like New York and Montreal, governments will have little choice but to step forward. Manhattan cannot survive without a functioning transit system; basic economics will drive political will.

For cities with already-weak urban transit systems, it will be a different story. Financing public transit will become even more of a political hard sell locally. Looking back, the first two decades of the twenty-first century may have been the last chance to establish functional public transit systems in many cities—that is, before the inevitable move to electric vehicles and clean technologies, robbing environmentalists of a powerful argument against car use. Covid will have struck the final blow.

One does not need an advanced degree in social psychology to understand that driving alone and working at home are not conducive to social interaction. Therein lies Covid’s most potentially troubling urban legacy. The rediscovered focus on home may reenergize antidevelopment forces in cities, especially regarding new housing construction. With fresh impetus from public health arguments, they will push back even harder on density.

Further, Covid will add a new layer to the technology-driven capability of urbanites to create and inhabit their own cultural silos. Laptops and smartphones can be great liberators, but they also allow users to “select” their own informational universe, to which Covid will now have added a residential dimension. In a post-Covid world, promoting greater social cohesion—whether via housing, zoning changes, public transit, or intermunicipal fiscal cooperation—will be no easier.

Robert Lucas was right: cities exist because people wish to be “near other people.” Behind that self-evident statement lurks another: the no less natural impulse to select whom one wishes to be near. The post-Covid city will probably be more selective, both in terms of residence and social interaction.

Mario Polèse is a professor at Montreal’s Institut National de la Recherche Scientifique and the author of The Wealth and Poverty of Regions: Why Cities Matter. 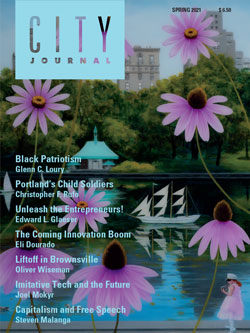 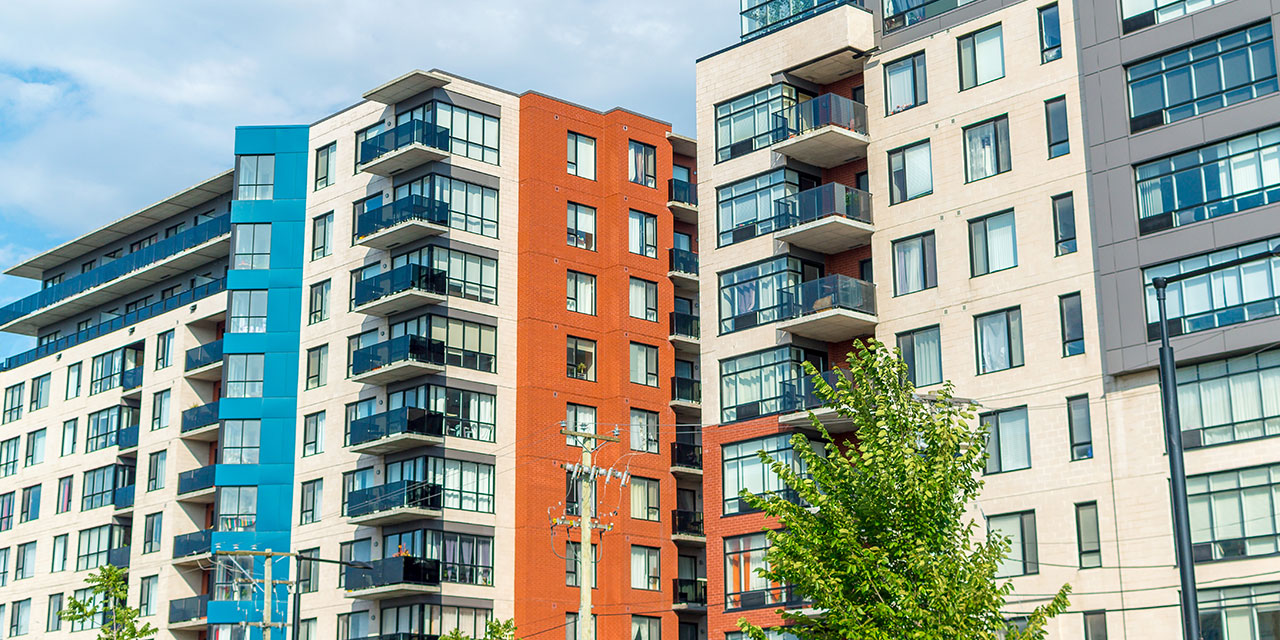 How One City Makes Housing Affordable

Can the City of Light Become Silicon Paris?

Mario Polèse Not if the French capital keeps squandering its most valuable asset—the vitality of the city center. 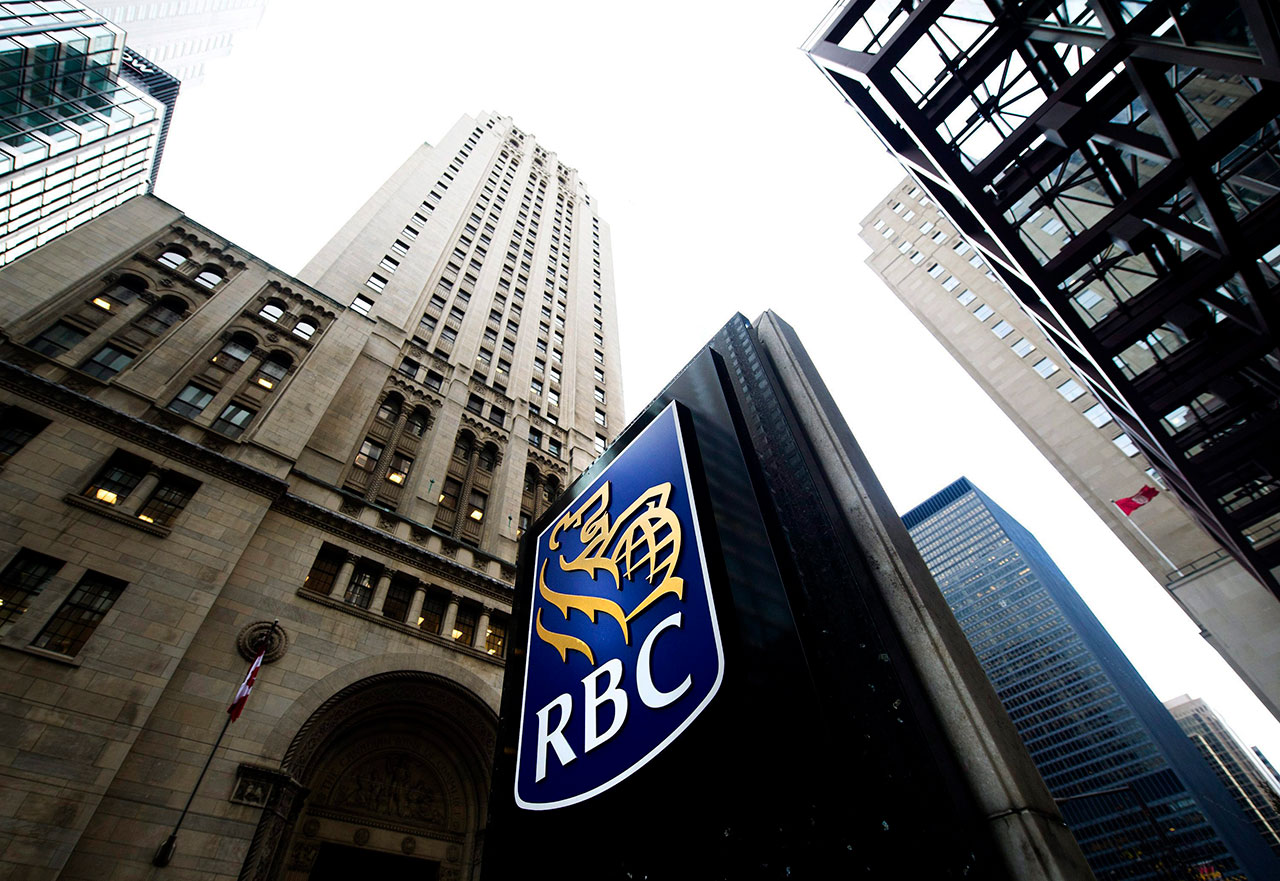 Why the Populist Surge Has Missed Canada

Mario Polèse A decentralized federal government and a consensual culture have kept the lid on social tensions—so far.
More on