The day after Christmas, in the lobby of a tony lower Manhattan hotel, a 22-year-old woman misplaced her cell phone. Somewhat intemperately, she accused a 14-year-old boy standing nearby of having stolen it. The boy’s father, noted jazz musician Keyon Harrold, filmed Miya Ponsetto as she had a meltdown—she screamed and yelled and chased his son, tackling him to the ground.

As it turned out, Ponsetto had left her phone in a cab, and the driver returned it to her. Sounds like a pretty stupid dustup, but all’s well that ends well, right? Not so fast. Because the teen, Keyon Harrold, Jr., is black, and Miya Ponsetto is not, this incident has become national news, another example, according to Al Sharpton, of black people being “assaulted because of the color of their skin.”

Mayor Bill de Blasio also averred that Ponsetto’s accusation and assault were “racism, pure and simple,” though at no point in the confrontation did Ponsetto say anything pertaining to Harrold’s race. The incident has now escalated to the point that the NYPD is sending detectives to Los Angeles, where Ponsetto—who is Puerto Rican—lives, so that she can be questioned, and possibly arrested and extradited, based on what she has to say, assuming she waives her right not to self-incriminate.

Parallels have been drawn between this case and the May 2020 episode in Central Park, where Amy Cooper, who had her dog off-leash, got into a spat with a black bird-watcher who taunted her and threatened to steal her dog. The bird-watcher filmed Amy Cooper saying that she would call the police and tell them that an African-American man was bothering her; the video went viral, and Amy Cooper became an object of international scorn, lost her high-paying job, and is facing misdemeanor criminal charges of filing a false police report.

These bizarre teapot-tempests, in which sandbox-level squabbles become matters of international attention, have become familiar. And the racial angle—the necessary condition for elevation of the most pedestrian confrontations into diplomatic incidents—was sufficiently present in the lobby of the Arlo Hotel to merit such scrutiny, even though, were a young Puerto Rican woman to accuse a black teenager of stealing her phone in a Bronx subway station or a Queens bodega, it is unlikely that the contretemps would have garnered even local attention. It’s the class element, in fact, that drives the viral overload in these incidents. “Karens”—meaning officious white women—are middle-class or better, or they don’t matter.

But the truly outlandish aspect of this case is the action of the NYPD, which is clearly knuckling to public pressure in flying a squad of detectives across the country to question Miya Ponsetto about an altercation well below the bar of what is now considered criminal in New York City—where career felons charged with major violent felonies are released on their own recognizance, routinely. New York is in the midst of a serious crime wave. Murders in 2020 were up 40 percent over the previous year; the city has never seen such a sharp spike in homicide. The number of shootings more than doubled over the same period, and 70 percent of these cases remain open, meaning that the offenders haven’t been identified, much less taken off the streets.

Yet the police, surely under the direction of the mayor, are pursuing a case that would hardly be considered worthy of a summons if the victim weren’t black and the offender not so manifestly obnoxious. A sensible city would let this trivial incident drop. New York has much bigger fish to fry—especially now.

Seth Barron is associate editor of City Journal. His book, The Last Days of New York, will be published in May 2021. 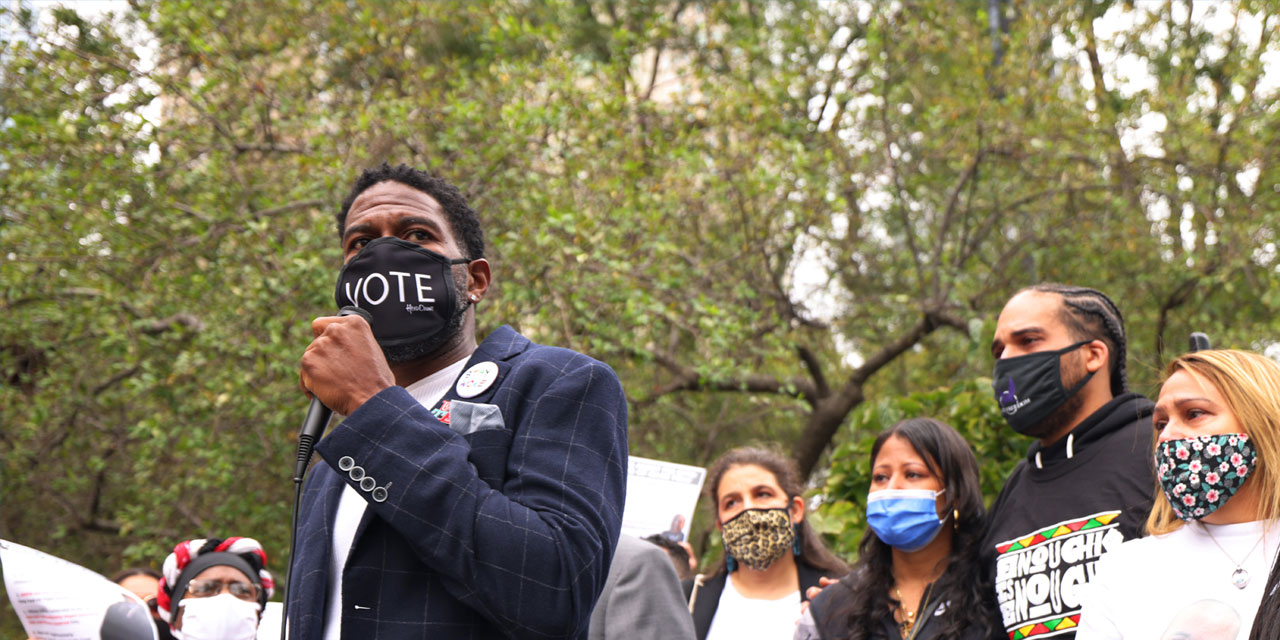