Soviet dictator Joseph Stalin once labeled writers and other creative people “engineers of the soul.” In his passion to control what people saw and read, Stalin both coddled artists and enforced unanimity through the instruments of a police state. Today, fortunately, we don’t face such overt forms of cultural control, but the trends in American and to some extent European mass culture are beginning to look almost Stalinesque in their uniformity. This becomes painfully obvious during awards season, when the tastes and political exigencies of the entertainment industry frequently overpower any sense of popular preferences, or even artistic merit.

Our cultural climate has become depressingly monochromatic. Award ceremonies, once a largely nonpolitical experience, have become reflecting pools for preening progressive artistes. Those emceeing the awards must be as politically pure as possible—sorry, Kevin Hart—and those winning acclaim get the best press if, besides thanking their producers and agents, they take a shot at Donald Trump.

This dynamic is not exactly the byproduct of popular demand. In recent years, ratings for the Oscars have fallen to the lowest levels since the awards were televised, down from over 40 million to fewer than 30 million. The ratings decline tracks the fall in movie attendance, which has sunk to a 25-year low. We’re a long way from a time when awards nights were dominated by popular mainstream winners such as West Side Story, The Sound of Music, or even the original Lord of the Rings. The movie industry makes money now by producing sequels of movies based on comic books, with relentless action and violence but little character development.

As movies and television shows in both the United States and Britain today increasingly adopt the feminist, gay, and racial obsessions of their makers, they have written off a large portion of the less politically “woke” audience. Many of these shows, such as Britain’s venerable Doctor Who, have hemorrhaged viewers since taking on a more preachy, PC aspect. “It’s supposed to be entertainment,” one disgruntled viewer complained. Late-night television, now dominated by stridently anti-Trump comedians, also has seen ratings drop in recent years; no show has close to the number of viewers, let alone the iconic status, enjoyed by the late—and largely apolitical—Johnny Carson.

This trend reflects the loss of contact between creative elites and much of the country. Gone forever is the widely shared culture between the upper-class arbiters of popular taste and an ascending middle class that flourished in the mid-twentieth century. In that era, the yeomanry read both classic and contemporary works, from Ruth Benedict to Saul Bellow, while watching televised Shakespeare plays—one of which, according to Fred Siegel in his Revolt Against the Masses, attracted a remarkable 50 million viewers.

There are many casualties here, not the least being comedy, traditionally the most irreverent of entertainments. Under assault by the enlightened elite, America’s sense of humor is becoming one-sided and constrained. Nonideological comics like Jerry Seinfeld and Chris Rock avoid college campuses, with their inquisitorial atmosphere. Mel Brooks believes that a movie like Blazing Saddles could not be produced today.

The earliest movie moguls, mostly Eastern European Jewish immigrants, were hardly cultured, spoke ungrammatically, and lacked college training. Yet they and their creative teams produced classic works with mass appeal, including song-and-dance extravaganzas, shoot ‘em up westerns, and detective stories. Today, Hollywood, like much of our economy, draws its talent from elite universities and relies on the same MBAs and investment bankers who have done so much to undermine other industries. The self-educated bohemian artist or writer struggling in a garret in Paris or New York has been replaced by an Ivy League MFA. Life on the quad lacks the grit and reality one would grasp as a former shmatte salesman, roughneck cowboy, or butcher.

The university today also cultivates and imposes political correctness, of course—and the creative fields are especially vulnerable to that influence. One recent study of 51 top colleges found the proportion of liberals to conservatives among the faculty ranging from 8 to 1 to as high as 70 to 1. At elite liberal arts universities like Wellesley, Swarthmore, and Williams, the proportion reaches 120 to 1. Much the same pattern can be seen in the United Kingdom. Roughly half of British voters lean to the center-right, but only 12 percent of academics do, and over 90 percent voted “Remain” in the Brexit referendum. Similar trends have been seen in Canada and across Europe.

The creative industries are hugely one-sided. Think of the many award nominations and ceaseless hype for the movie Vice, which the Daily Beast, no bastion of conservatism, called “the worst pic of the year.” It’s likely to join other PC films, including the Star Wars sequel Solo, as a highly unprofitable venture. I’m no big fan of Dick Cheney and his military adventurism, but one must wonder if Hollywood would be as interested in producing a tough film about the IRS scandal or Bill Clinton’s misadventures. And with few exceptions—The Darkest Hour, American Sniper, Hacksaw Ridge—it’s hard to find a contemporary movie that inspires a sense of patriotism or celebrates military heroism.

The politicization of mass culture would not be possible without media acquiescence and support. Journalism ranks among the most politically correct American institutions. As reporting grows more professionalized and credentialed, the industry has become overwhelmingly progressive; barely 7 percent of U.S. reporters are Republicans. The digital revolution has accelerated the trend. Against expectations, the electronic age has seen media consolidate in fewer centers. A once-vibrant regional press is emasculated as official opinion aggregates in London, New York, or San Francisco. It’s no longer important whether an important viewpoint or creative work “plays well in Peoria,” but rather, what the buzz is in a handful of “woke” cities.

In a figurative throwback to Stalin’s day, we live in a culture growing ever more homogeneous, humorless, and strident. Today’s engineers of the soul are no longer commissars with guns but tastemakers entrenched in positions of influence and likely to dominate the arts for the foreseeable future. For those who fail to follow the narrative, being ignored or demonized on Twitter still beats a trip to Siberia, needless to say. Those who go against the program here are merely shunned, or can simply walk away, perhaps retreating to the richer, more nuanced, and less strident past—or dreaming, as some conservatives do, of a revolt. Dream they should and dream they must, but the new culture could take decades to reverse.

Joel Kotkin, a City Journal contributing editor, serves as Presidential Fellow in Urban Futures at Chapman University and executive director of the Center for Opportunity Urbanism. 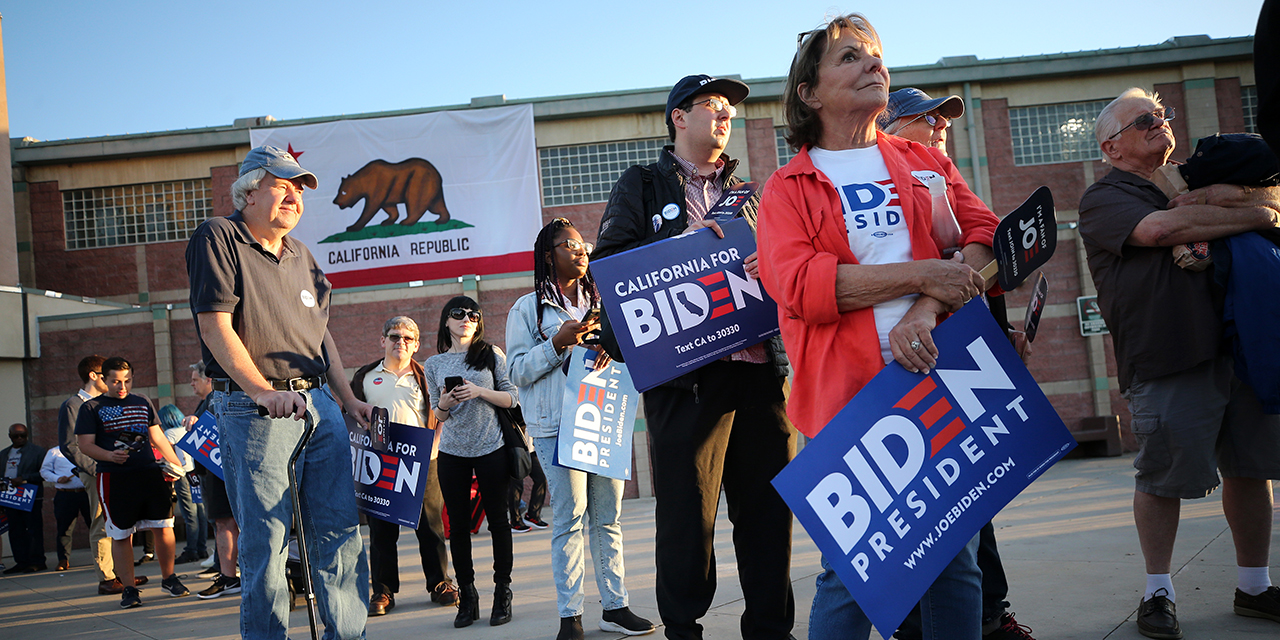 Joel Kotkin Democratic Party centrists exult in the Super Tuesday results, but the party’s future still looks to be much further to the left.