A Knight Foundation survey on trust in the media taken earlier this year found that 86 percent of Americans—including 94 percent of Republicans and 88 percent of Independents—see “a great deal” or “a fair amount” of political bias in news coverage, compared with 62 percent in 2017. Further, Americans perceive inaccurate news to be intentional, either because the reporter is misrepresenting the facts (54 percent) or making them up entirely (28 percent).

These findings come from 20,000 interviews conducted between November 2019 and February 2020—before the Democrats had chosen Joe Biden as their nominee. Since that time, media election coverage has demonstrated that public distrust in the press is well deserved. With trust eroding so dramatically, why do we continue to let journalists moderate presidential debates at a time when so many of them demonstrate obvious partisan leanings?

Media bias isn’t new, but in this election cycle, the press has taken agenda-driven coverage to a new level, effectively building a wall around their preferred candidate, Joe Biden. At the first presidential debate, Chris Wallace hammered President Trump, offering up Biden campaign talking points—such as Obama-era job-creation data—while repeatedly scolding the president, chiding him for failing to “come up with a comprehensive plan to replace Obamacare,” “either contradicting or being at odds with (his) government’s own top scientists,” and “holding large rallies with crowds packed together, thousands of people,” among other digs posing as questions. Wallace had no correspondingly stern lectures for Biden. He asked the former vice president few challenging questions and let him dodge even those with no follow-ups. Wallace remains gainfully employed at Fox News, which the Left derides as a propaganda network. Can anyone imagine CNN or MSNBC allowing one of its top talents to browbeat Biden for 90 minutes?

Susan Page, a veteran correspondent at USA Today working on a biography of House speaker Nancy Pelosi, did a better job of hiding her bias in the vice-presidential debate. But Page still revealed her preference for Harris, who faced just one difficult question, about the Green New Deal, but evaded it with no scrutiny. The second presidential debate, cancelled after Trump’s coronavirus diagnosis, was to have been moderated by C-Span host Steve Scully, a former Biden intern and staffer for Senator Ted Kennedy. Scully accidentally tweeted at former White House communications director turned Trump-hater Anthony Scaramucci to ask him if he should respond to Trump’s barbs. He claimed, implausibly, that “hackers” had done it before ultimately acknowledging that he had sent the tweet.

In place of the Scully-moderated debate, Trump and Biden took part in dueling town halls last week—Trump with Savannah Guthrie on NBC, and Biden with George Stephanopoulos on ABC. Even though the NBC debate was marketed as a town hall, Guthrie spent roughly half the 60 minutes peppering Trump with her own questions. She failed to ask him about job creation, the economy, health care, immigration, national security, or foreign affairs. Instead, she asked Trump belabored questions about his taxes, badgered him about a retweet, and demanded that he condemn QAnon and white supremacy, among other purely political “gotcha” questions. By contrast, Stephanopoulos treated Biden cordially and respectfully, gave him ample time to expound on his policy agenda, and made no mention of the recent corruption allegations published in the New York Post and censored by Big Tech.

This year’s final debate will be moderated by Kristen Welker, an NBC White House correspondent who has deep ties to the Democratic Party and has demonstrated hostility to Trump in press conferences and gaggles. She was a registered Democrat as recently as 2012, her parents are prominent donors to the Democratic Party, and she celebrated Christmas with the Obamas at the White House in 2012.

Two recent Biden town hall forums on ABC and NBC were stocked with anti-Trump partisans portrayed by the networks as “undecided voters.” One allegedly undecided voter, an English professor, had called Trump a “f—ing moron,” “pathetic,” “pig,” “swine,” “punk ass,” and “LOOSER” (sic) in a series of 2019 tweets. NBC’s Biden town hall featured a pair of “undecided voters” who were recently described as Biden voters on sister network MSNBC.

Biden has taken few unscripted questions, but the press has used even these occasions to attack Trump. NBC’s Chuck Todd, for example, asked Biden if Trump had “blood on his hands” for his handling of the Covid-19 pandemic.

The result of this nakedly partisan news coverage is that Americans will go to the polls well versed on matters such as Trump’s ill-advised tweets over the years but with no sense of where candidate Biden stands on many important issues. Last summer, I published a list of questions that I feared the press wouldn’t ask Biden. Time has proved me correct, and Biden has managed to avoid addressing new issues, particularly the corruption allegations published by the Post but ignored or dismissed by most of the rest of the mainstream media.

Journalists are supposed to serve as watchdogs, but they act more like guard dogs—determined to protect the Democratic Party rather than enforce accountability in both parties. It’s time to send the Commission on Presidential Debates a pink slip and come up with a new way to handle presidential debates.

We could let the candidates debate like Abraham Lincoln and Stephen Douglas did in 1858: with no moderator, only a timekeeper. Or, let each candidate pick an openly partisan opinion journalist to pose questions: Rachel Maddow, say, can question Trump, and Tucker Carlson can question Biden. At least under that arrangement, the false pretense of neutrality would be gone, the gloves would come off—and voters might finally get to see a fair fight. They might even learn something about the candidates.

Dave Seminara is a journalist and former diplomat. His most recent book is Breakfast with Polygamists: Dispatches from the Margins of The Americas. 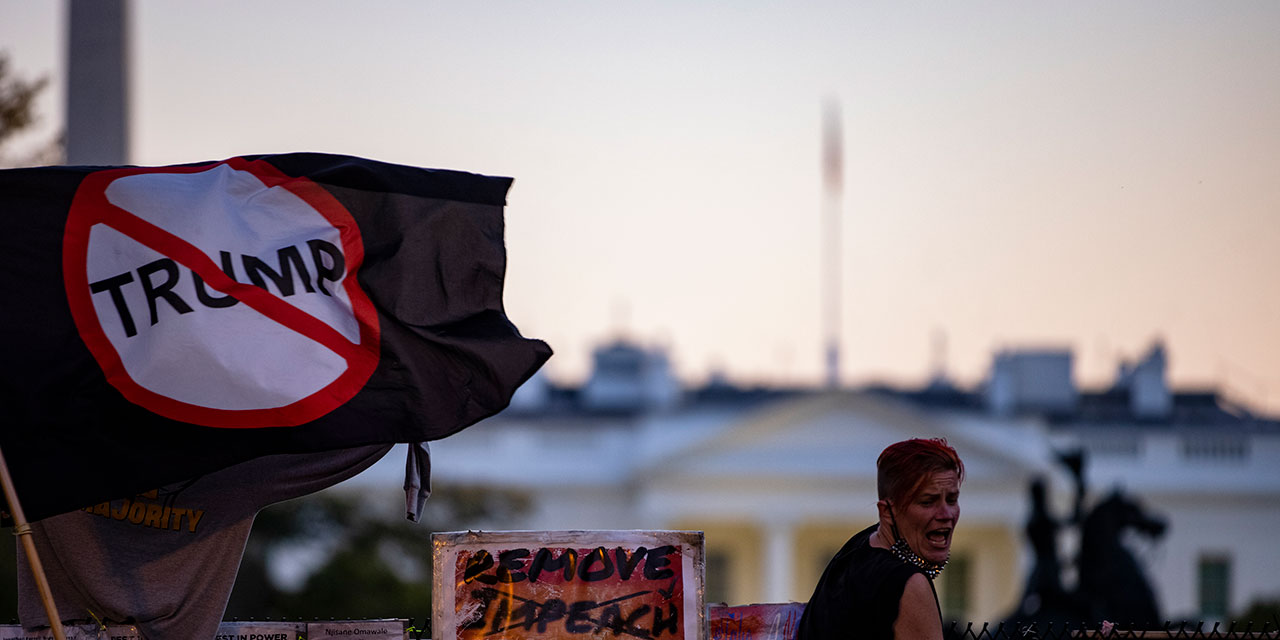 Dave Seminara What will the Left do if it no longer has Trump to kick around? 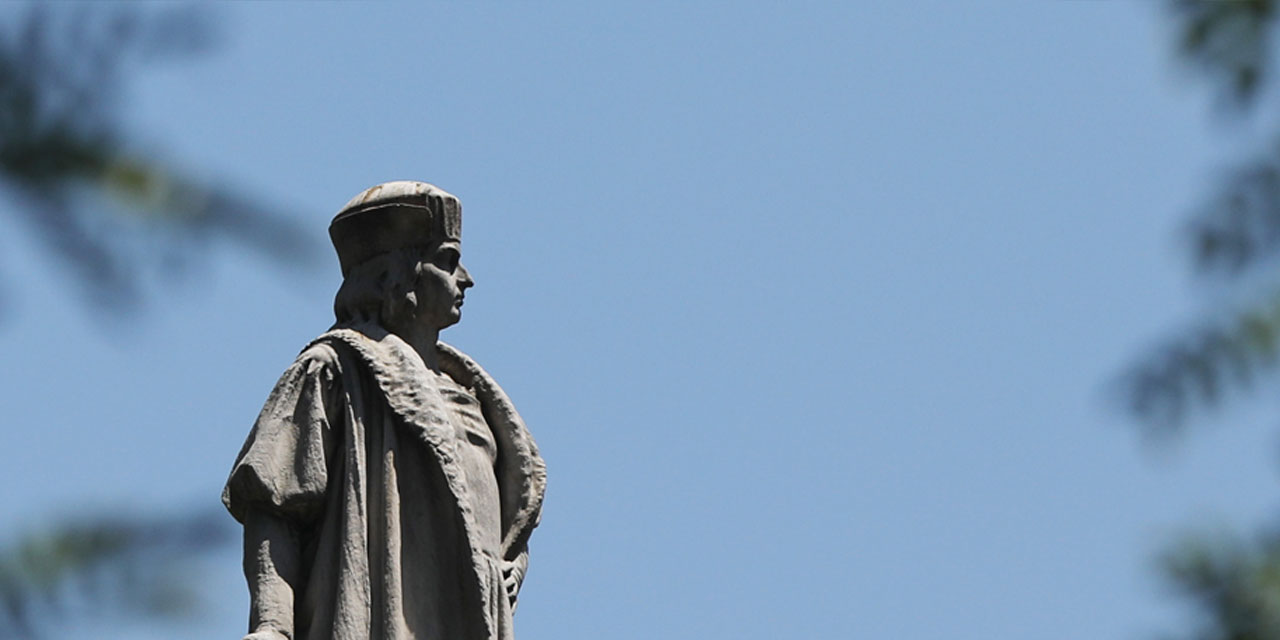 Dave Seminara The Italian explorer who opened America to the West deserves tribute.
More on