The Gilets Jaunes, or Yellow Jackets, are now entering their fourth week of nationwide protests. They claim to be leaderless and unaffiliated with any party, politician, or unions. They are mostly working- and middle-class people from France’s abandoned rural provinces. Christopher Caldwell described this group, sociologically, in City Journal last year; he was in turn appealing to the well-known work of the French geographer Christophe Guilluy.

The proximate cause of the rage of the Yellow Jackets was a proposal to raise fuel taxes. Macron’s government has now announced that it will suspend the tax hike, but the gesture seems only to have encouraged the protesters and vindicated in their minds the use of violence. So now what?

First, this development should tell you that the gas tax was not the real issue—so this is not “the first mass uprising against eco-elitism,” as some hopeful Anglophone journalists have suggested. There are superficial similarities between these protests and populist movements elsewhere, but France has its own culture and history—one so rich in popular uprisings and demonstrations that the French commentariat is not asking whether this resembles earlier episodes in French history, but which revolutionary episode it best resembles. All liberal democracies are alike, but every populist uprising is illiberal in its own way.

So Macron has done the right thing: he’s called in the troops. His calculation is that by capitulating for now on the gas tax, he can separate the mass of unhappy but normal protesters from their anarchic—indeed, nihilist—fringe. He is hoping that only the lunatics come out tomorrow, and that they in turn will be met by force in numbers sufficient to prove they will not succeed in staging a coup .

Macron has taken an enormous risk: the optics of putting tanks in the street are awful, especially with the European Parliament elections coming up. Remember, Macron has a second role: with the United States absent, Britain in convulsions, and Russia licking its chops, Macron is the only Western politician left with a military who can keep Europe from fracturing. But he made the only responsible choice. From their social media strength, it’s clear the rioting will be every bit as severe tomorrow as it was last Saturday, and that the police are numerically inadequate to cope with rioting on this scale.

Officials were entirely aware that the protests last Saturday would be violent. Violent protests had taken place on the past two Saturdays. They were prepared for it, they believed. This kind of gathering involves multiple risks. Chaotic demonstrations attract petty thieves, from pickpockets to gropers. Gangs can take advantage of the confusion to loot shops. Clashes between the far-Left and the far-Right are a nightmare scenario. Above all, large crowds are a tempting target for terrorists.

The police were under firm orders to prevent any destruction or vandalism, and under equally firm orders to ensure peaceful pedestrian access to the Champs-Elysées, the city’s largest shopping arterial. The French economy couldn’t afford to lose another Saturday of pre-Christmas shopping revenues. After giving these orders—which were later shown to be incompatible—Macron departed for Argentina. But the emergency demanded an executive on the ground making rapid, consequential decisions, and in Macron’s absence, it seemed, no one was willing to take responsibility for changing the orders to the police.

I spent Saturday speaking to the Gilets Jaunes near the Bastille, where I figured I’d have a good vantage point on a traditional protest site. I walked with them as they slowly made their way to the city hall, or Hôtel de Ville. It was obvious from a single glance that these weren’t Parisians, but rural people who couldn’t afford to buy expensive Parisian clothes or get chic haircuts. I instantly understood why Macron rubs them the wrong way. They looked worn out; their hands and faces were lined; they were mainly in late middle-age. They seemed to be decent, respectable, weary people who had worked hard all their lives, paid their taxes, and played by the rules.

They couldn’t have seemed less disposed to violence, nor more apolitical. They were respectful of the police, and vice-versa. As cops drove by, relaxed, the Gilets Jaunes smiled at them, like kids excited about their first trip to the big city, waved at the officers, and gave them the thumbs-up. The cops reciprocated. The sentiment was fraternal. “We’re all weary, overtaxed working men,” they were saying to each other. “We’re on the same side.”

I concluded they were just what they were advertised to be: family men and women who couldn’t make ends meet and who were tired of Macron’s attitude. Why this protest, why now, I asked? The fuel tax was just the straw that broke the camel’s back, they said; it made the difference between “able to make ends meet, barely,” and “not able to make ends meet.” It had just been getting steadily worse every year since the economic crisis began. They had run out of hope.

My heart went out to them. I was prepared to go home and report that the protests had fizzled out. “There isn’t much to this,” I concluded. I had no sense that if I continued walking, toward the Charles de Gaulle Étoile, I’d find myself amid the worst riots Paris has seen in decades. These protesters weren’t about to vandalize a thing, and no one seemed to mind them. The cops seemed sorry for them.

People at the Charles de Gaulle Étoile saw something else entirely. There, the police were physically overwhelmed by about 5,000 Gilets Jaunes who had come explicitly prepared to do violence. About 200 demonstrators showed their ID and allowed police to search them before they entered a security zone on the Champs-Elysées, but the rest refused to play by the rules. From about 8 am, hostile crowds of Gilets Jaunes emerged, in large numbers, from all the avenues around the Arc de Triomphe, trying to push their way onto the Champs-Elysées. The police were physically overpowered because so many of them were protecting the Champs-Elysées and the perimeter around the area where government buildings are concentrated. They were overrun. There were no cops behind the rioters to stop them from burning cars on the other avenues around the Étoile.

The rioter demographics were surprising. They were mainly aged 30-40, the police reported—a bit old for rioting, you’d think. They were “socially well-inserted” into the movement, but unlike the majority of the protesters, they had come with the goal of breaking and smashing things, rejecting the authority of the state and its symbols as savagely as they could. Of the 378 people taken into custody on Saturday, only 33 were minors. Most were rural men. The security services had drastically underestimated the number of violent protesters who would arrive and where they would be. It was immediately clear that this represented a massive police intelligence failure. The Elysée called a crisis meeting. Reports leaked to the press that the failure to anticipate the size of the violent and radicalized contingent of Gilet Jaunes was of a magnitude that “could lead to a deep reform of the Paris police headquarters,” as one television channel put it.

But it isn’t hard to understand how this mistake was made. Most people’s contact with the movement, including the police’s, was like mine—again, most seem to be peaceful, sympathetic people, respectful of authority, and simply too old for that kind of mayhem. What kind of 40-year-old guy from a rural farm comes to Paris carrying a gas mask and a makeshift weapon to desecrate the Arc de Triomphe? I sure wouldn’t have guessed there were so many of them, either.

At this point, the government has no choice but to deploy troops to defend static targets, while allowing mobile forces to police the demonstrations and deal with any rioting that breaks out. No matter what, France must reestablish the principle that governments can only be changed by elections, not violence.

Claire Berlinski, a City Journal contributing editor, is a freelance writer who lives in Paris. She is crowdfunding her coming book about the rise of a new form of Caesarism in the West. She would be grateful for your support. 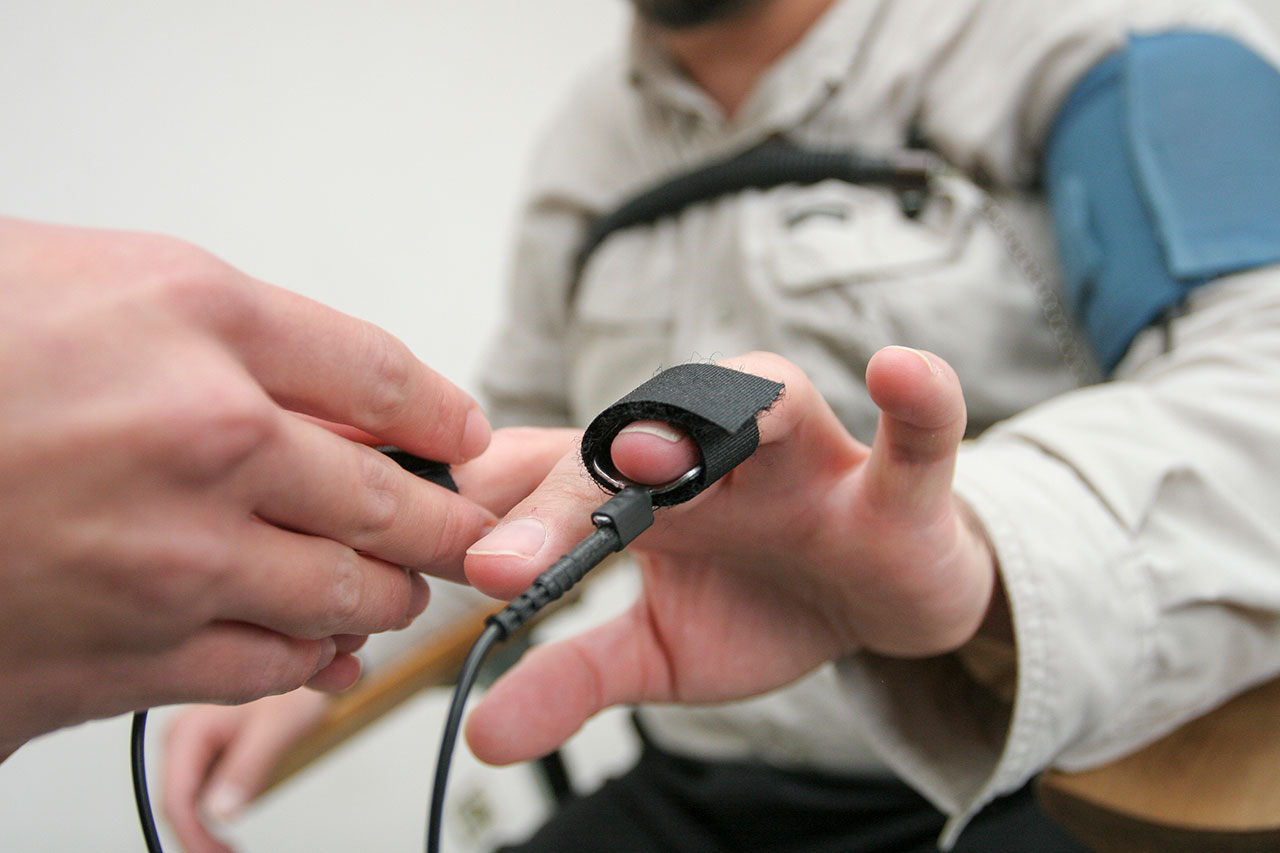