When California’s largest power utility announced that it was about to cut off electricity to as many as 800,000 customers in order to reduce wildfire risks, everyone—from individual consumers to the state’s governor—seemed shocked and angry. “I’m outraged,” Governor Gavin Newsom told reporters. “Completely unacceptable,” echoed State Senator Scott Weiner of San Francisco.

As the utility giant PG&E started shutting down parts of the grid on October 9, residents in affected areas lined up to buy generators at hardware stores, only to find them already sold out. Officials announced that they would have to close the Caldecott Tunnel, a crucial commuter artery into the Bay Area, until backup generators were located at the eleventh hour. PG&E erected safety barricades around its San Francisco headquarters after someone reportedly fired a gunshot at it. Soon, outages spread to other utilities, as Southern California Edison began shutting off power to parts of Los Angeles and San Bernardino counties. “They should all go to jail,” one Twitter user fumed.

The outrage was understandable; the lack of preparedness was not. PG&E had been warning for months that it might shut off power whenever high winds threatened to create extreme fire risks. (I wrote about the issue for City Journal this past summer.) The practice, known as a Public Safety Power Shutoff, or PSPS, has been employed for years. Previous shutoffs mostly affected small groups of customers in rural areas, but the last two years have seen a spate of devastating fires, including last November’s Camp Fire, which killed 85 people and was caused by a failed PG&E power line. PG&E and other utilities desperately want to avoid more such events and the massive financial liabilities they bring. A recent tweak in regulations allows utilities to shut down much larger portions of the grid. This week, that’s just what PG&E did, initiating a PSPS that could affect more than half of California’s 58 counties, including parts of the heavily populated Bay Area, for up to a week.

The idea that one of the world’s richest and most technologically advanced regions can’t keep the lights on strikes many as absurd. Critics have lined up to blame the crisis on their favorite ideological targets: capitalism, socialism, regulation, deregulation, global warming, environmental rules, and so on. In fact, the California utility companies’ drastic actions have many causes, and the crisis has roots that go back decades.

California’s landscape is uniquely prone to fire. The problem peaks in the fall, when strong winds blow from the mountains and high deserts toward the coast. A hot, dry wind blasts landscapes already desiccated from long, arid summers. While roughly the same amount of terrain burns in summer as in fall, autumn fires spread three times faster and cause far more economic damage.

In these conditions, almost anything can trigger a fire. California’s worst wildfire was sparked by a rancher hammering a stake into a wasp nest. Power lines pose the biggest risk; anything that touches them—an overgrown tree, a blown branch—can explode into burning embers. Decades ago, such fires might have spread through mostly empty land and done relatively little damage. (California forests and scrublands bounce back quickly from most fires.) But fires have been getting bigger since the middle of the last century. In fact, though the number of fires hasn’t increased, the amount of land area burned annually has gone up fivefold since the 1970s. A recent study concludes that much of that increase is “likely driven” by warming temperatures, which tend to dry out vegetation, making some fires bigger and more intense.

Not surprisingly, many observers—and the utilities themselves—focus on climate change as the driving force behind the new fire reality, seeing it as the primary reason for PG&E’s blackout strategy. The reality is more complex. For example, the study above found warming temperatures linked to summertime fires, but less evidence linking temperature to autumn fires—the ones that do the most economic damage. The study also pointed to other factors that influence fire intensity, including California’s history of aggressive fire suppression. The policy of preventing even small fires “allowed for artificial buildup of fuels in many regions,” the study notes. More fuel means hotter, faster-moving fires.

The biggest factor driving up the impact of fires might not be their size, but simply the presence of human structures in their path. Populations are growing in many of the state’s scenic, wild regions, and the suburbs of many cities stretch into wild country. With people come houses, businesses—and more power lines. When wildfires reach the outskirts of these communities, they turn much more destructive, leaping from home to home in “fast-moving ‘urban conflagrations’ that can be almost impossible to stop,” as one study put it. This is exactly what destroyed the town of Paradise last year. Images after the fire show an eerie scene: entire neighborhoods reduced to ashes, but the trees standing between the houses appear almost untouched. It was the presence of buildings—not the wildfire itself—that turned that event into a disaster.

Today, at least a third of California’s houses are in what is known as the “wildland-urban interface.” All that expensive infrastructure being built in fire zones means that even relatively small fires can cause billions of dollars in damages. In other words, though climate seems to be one factor in California’s fire puzzle, the physical and financial devastation caused by fires would be growing even if temperatures were stable.

California utilities serve customers spread over vast terrain, in a landscape one spark away from bursting into flame. They face an additional challenge under the state’s unusual legal doctrine of “inverse condemnation,” which holds utilities liable for all damages caused by their equipment, regardless of whether the utility was negligent. Facing an estimated $30 billion in liabilities from recent fires, PG&E filed for bankruptcy protection in January. In July, Newsom signed a controversial bill creating a fund to help shield utilities from some fire-liability costs. But, since it might take only two or three major fires to drain the $21 billion allocated to the fund, utilities remain vulnerable.

So does the public. California residents are caught between two different threats. On the one hand, fires sparked by power lines put more people at risk than ever before; on the other, sudden power shutdowns create new fire hazards, as people turn to candles for light and gasoline generators for power. People with medical conditions that require keeping medications refrigerated are particularly vulnerable during blackouts that might drag on for days. Lawmakers who castigated PG&E for recklessly causing fires are now criticizing the utility for being too quick to turn off the lights. “We can’t let PG&E normalize these blackouts,” said Senator Weiner.

PG&E certainly merits its share of criticism. The company has a long history of putting off crucial maintenance and failing to keep trees trimmed along utility corridors. Last year’s deadly Camp Fire was triggered when a live wire fell from a steel utility tower more than 25 years past its life expectancy, according to PG&E’s own guidelines. With PG&E in Chapter 11, it’s unclear where the money will come from to bring its infrastructure up to date—and whether the company has the managerial discipline to develop what experts call a “safety culture.” A consulting firm recently concluded that, despite some progress, PG&E still lacks “a comprehensive safety strategy.”

There are tools that utilities can use to operate more safely. According to the New York Times, San Diego Gas & Electric has “added hundreds of weather stations, cameras and satellite technology in recent years to reduce fire risk.” But no amount of technology can eliminate all wildfires, and some of the technological changes on the horizon could make the problem worse.

Last year, California’s outgoing governor Jerry Brown signed an executive order committing the state to obtaining 100 percent of its electricity from “zero-carbon” sources by 2045. Even with unprecedented investments in wind and solar-power facilities, that goal will be hard to reach. (It will be harder still if the state follows through on a plan to retire its last nuclear power plant, which provides 17 percent of California’s clean power, by 2025.) But the push for renewable energy will also put new strains on the antiquated power grid. Power output from wind and solar facilities fluctuates dramatically from hour to hour, throughout the year, and from one part of the state to the next. Grid managers must juggle these gyrations, often drawing power from distant regions or shuttling excess electricity to areas with more demand.

The California Independent System Operator, which supervises power distribution in the state, wants to link the California grid with those of surrounding states. That would make it easier to transfer power from, say, sunny areas to cloudy ones. But it would also mean even more voltage would be traversing remote power lines, through forests and deserts, and over even greater distances. Each of those lines would represent an elevated fire risk. Energy visionaries describe a day when distributed solar and wind power would allow communities to build “microgrids” that could be virtually self-sufficient. But those are barely on the drawing boards today. In the meantime, rapid growth of alternative energy might mean that the risk of fires sparked by power lines will get worse before it gets better.

As California’s week of blackouts drew to a close, numerous wind-driven fires sprang up around Southern California, including one that forced the evacuation of 100,000 people. In a sense, the fires confirmed that utilities weren’t overreacting when they warned of extreme fire risk. (The causes of these fires haven’t been determined.) And it could have been worse: in some areas where power lines were “de-energized,” a PG&E spokesman said, the utility found multiple places where fallen branches had been blown into lines by high winds. “If they were energized, they could’ve ignited,” he said. Turning off the power that allows communities to survive, in order to keep them from being incinerated, seems like a desperate measure. But, for now, it’s all California’s got. 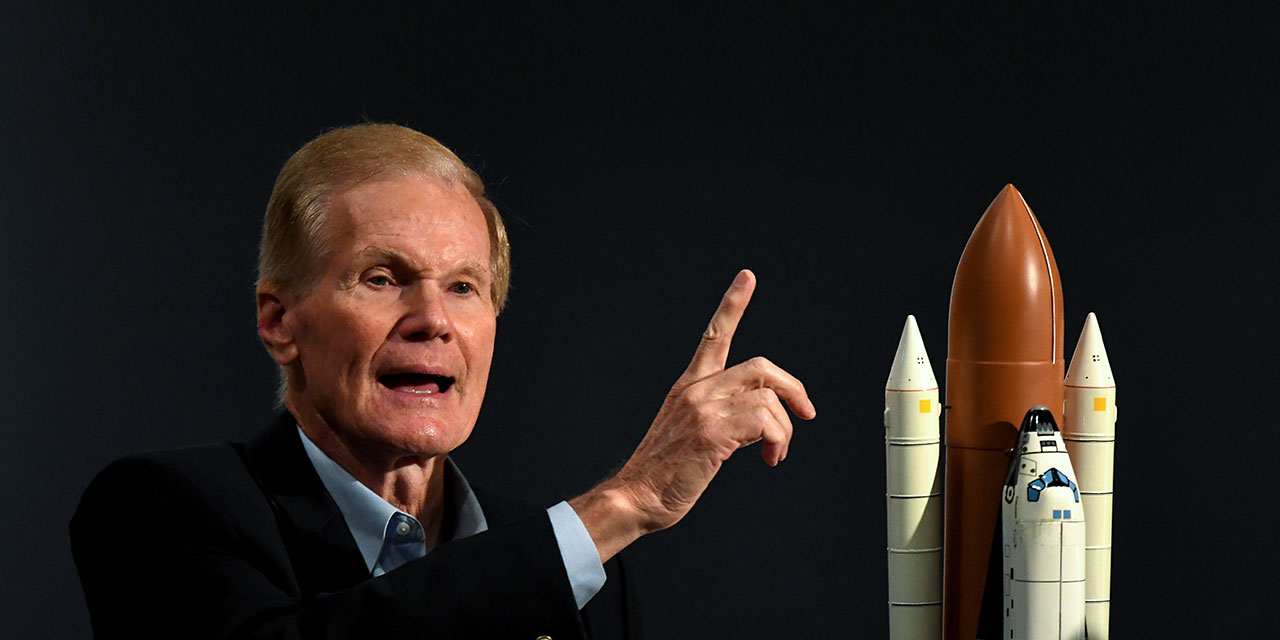 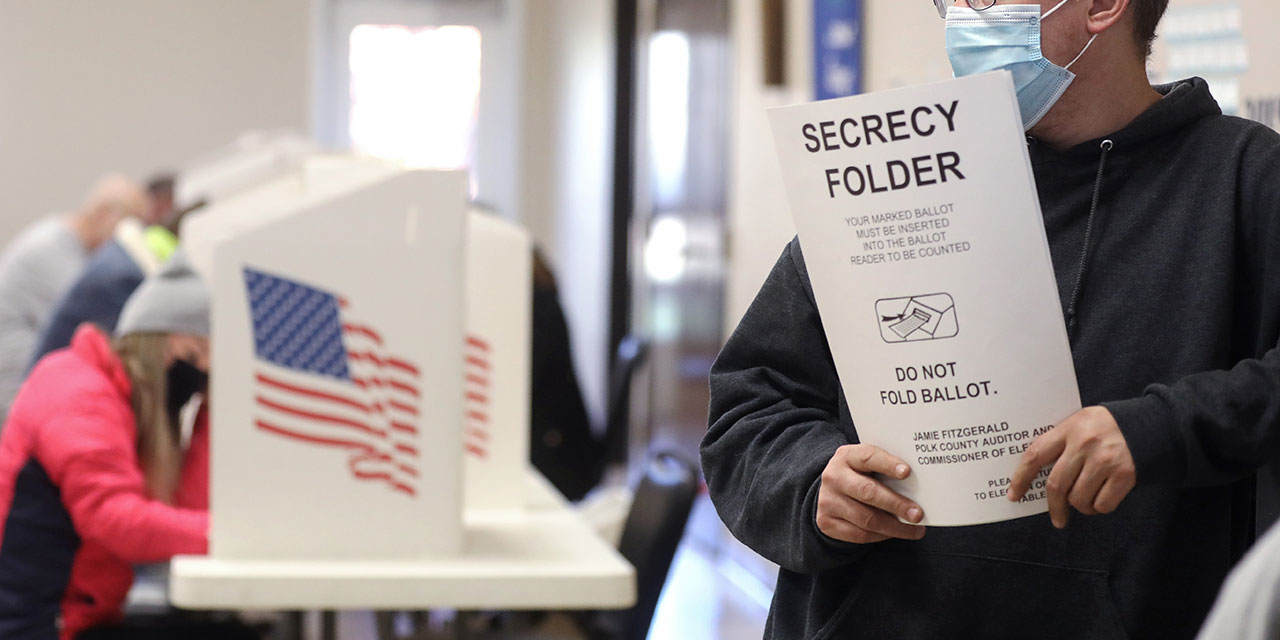 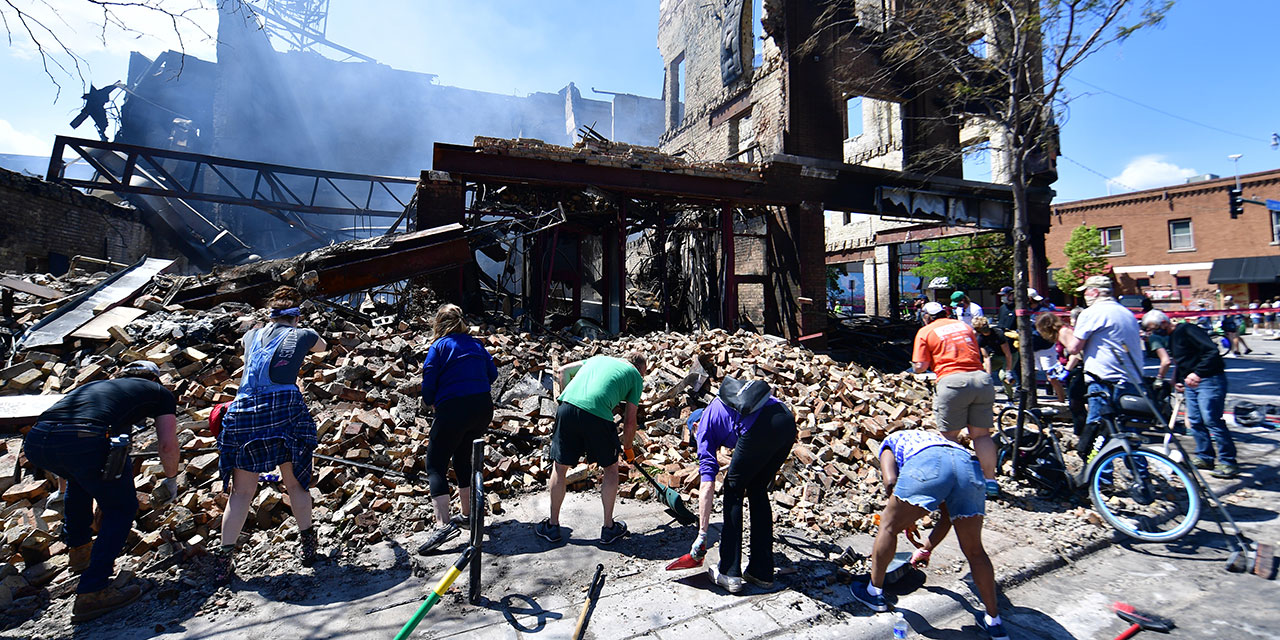 James B. Meigs Progressive policies penalize those who play by the rules and shower benefits on those who don’t.
More on