“When can we reopen?” That’s the burning question on the lips of artists, audiences, and theatrical administrators around the world, as the Covid-19 pandemic continues to steamroll the performing arts. Virtually everywhere, the scene is bleak. A majority of performers are out of work and have been for nearly a year. Many, including even the internationally famous, are on unemployment, moving in with family, and thinking about alternative career paths. Companies that closed for the rest of the season last March cautiously cancelled performances in fall 2020 and then for the entire 2020– 21 season. A board chairman recently told me that his company may not return to live performance until November or later.

But it’s not all doom and gloom. Culture is thriving in Palm Beach, Florida—blessed with sensible public health policies, lower viral transmission rates, and donors reaping huge stock market returns and not facing a state income tax. Though the town has not yet seen the return of its famously glamorous galas, its arts institutions are alive and well within Covid safety protocols.

The annual Palm Beach Show, a premiere six-day emporium of art and antiques, proceeded as usual in a capacious indoor environment across the Intracoastal Waterway at West Palm Beach’s convention center. The first day’s VVIP reception involved boxed hors d’oeuvres and distanced tables sprayed with disinfectant after use, but dealers from around the country were practically salivating at the now-rare prospect of selling to live customers.

The bargaining ritual seemed aided rather than hindered by masks, which ably hide revealing facial expressions. I scored a pair of gorgeous silver candelabras, a caviar tureen, and an eighteenth-century Russian icon at prices well below what they should have been. Down the street at the Norton Museum of Art, which opened a beautifully renovated and expanded space in 2019, the annual gala was virtual, but its energetic new director, Ghislain d’Humières, is eagerly looking forward to live programming in the coming months.

Music is rebounding as well. Last Friday, the Palm Beach Opera became the first company in the United States to stage a full-length performance—of Giacomo Puccini’s timeless classic of tragic youthful romance, La Bohème. It was perhaps ironic that the opera’s heroine, a maker of artificial flowers named Mimì, should die of a respiratory illness, but le tout Palm Beach—masked, temperature-checked, and seated in distanced “pods” of people attending together—loudly cheered the company’s bold general director David Walker when he welcomed the crowd to the iTHINK Financial Amphitheatre’s covered, outdoor venue for this first in a festival of semi-staged performances starring world-class soloists who have been mostly unengaged since the pandemic began. The performers’ actions on stage may have been distanced, as were those of the orchestra and chorus, but there was no disguising their energy and enthusiasm at being before a live audience again.

The opera’s triumphant return merely followed earlier successes at the Society for the Four Arts, a private club devoted to cultural and scholarly pursuits and also open to the general public, subject to availability. In December, the second-deadliest pandemic month, Russian pianist Daniil Trifonov gave a live recital there to an enthusiastic gathering, on the eve of the initial vaccine rollout.

The attendees didn’t have to wait long to get their shots. Palm Beach began vaccinating first responders before New Year’s, and then, beginning January 5, the general population—documented residents only. (Some 2,000 others were busted trying to cheat their way into an online registration system.)

The galas aren’t back yet, but the Chamber Arts Society of Palm Beach, the local branch of the World Affairs Council, art galleries recently branched out from icy and desolate New York, and plenty of private parties have all gone live, with promises of live events coming soon from other organizations including American Humane and the American Friends of British Art. In addition, a once stale restaurant and hospitality scene has blossomed, with reservations now hard to come by, even as establishments function at full capacity or close to it. Valentine’s Day dinner at the Colony Hotel’s incarnation of New York’s classic Swifty’s served up a superb lobster special, with a strong sense that little had changed.

Back at the opera, Mozart’s The Magic Flute and Leoncavallo’s Pagliacci are also on the festival bill. The latter ends with the iconic line, “La comedia è finita!” Here in Palm Beach, it would make more sense to say, “La tragedia è finita!” 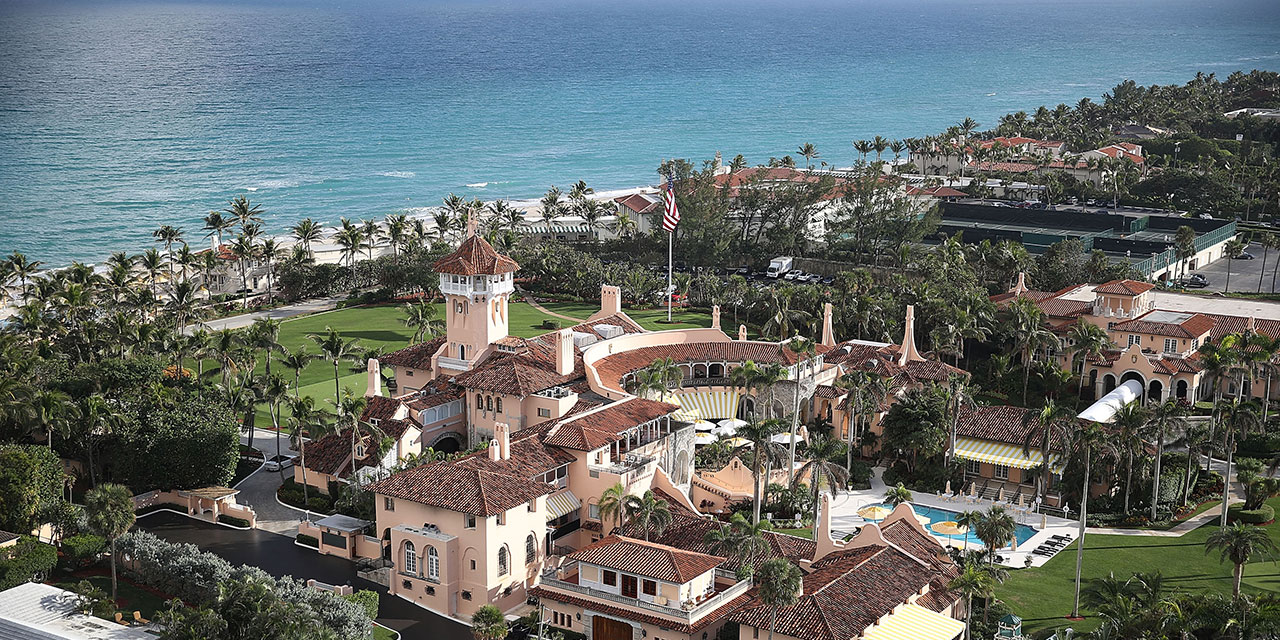 Paul du Quenoy An enclave of privilege must reacquaint itself with its most famous resident.
More on