Earlier this week, the Washington Post reported that the coronavirus may have spread undetected for weeks in Washington State, where the first two virus-related deaths in the U.S. occurred. According to the Post, genetic-sequencing studies of samples from two Seattle-area patients—one from a person who had traveled to China in mid-January, the other from a high school student in the same county, with no known exposure to the virus—suggested a close relationship between the infections. These data led investigators to hypothesize that the coronavirus had been circulating in the state for six weeks.

In King County, a long-term care facility experienced a Covid-19 outbreak that has already been confirmed as the cause of coronavirus-related illnesses in ten residents—six of whom have died—and may have infected more than 50 residents and staff. An additional nine coronavirus cases and two deaths—one of whom was an elderly woman with medical problems—have been reported in King County. Nearby Snohomish County has confirmed six cases and one death. Meantime, Silicon Valley’s Santa Clara Health Department has reported 11 cases, two of which are under investigation. But as of March 3, the Centers for Disease Control’s website listed only 11 known cases of person-to-person infection.

It’s troubling that community spread in Washington State and other parts of the U.S.—possibly affecting hundreds to thousands of individuals—wasn’t detected sooner. Overregulation of diagnostic testing has played a major role in this delay. For weeks, the CDC operated the nation’s sole diagnostic laboratory for coronavirus, while testing in the rest of the world proceeded apace. Test protocols using the polymerase chain reaction (PCR) were publicly available shortly after Chinese researchers published (or described) the sequence of the virus in mid-January. The World Health Organization (WHO) used a freely available German procedure to create a test kit, shipping 250,000 tests to 159 laboratories worldwide. Since early February, the WHO has facilitated specimen transfer to referral laboratories.

In China, labs have tested thousands of patients each day. By February 23, the Chinese government had approved ten test kits, and production capacity reached 1.65 million tests per week. Meantime, South Korea has more than 500 testing sites and has screened over 100,000 people, reportedly testing 10,000 individuals per day and pioneering “drive-through” testing facilities. This enhanced testing capability is a key reason why the country has reported over 5,100 cases—the second-largest, outside China—including larger numbers of patients with mild illness, as reflected in a case fatality rate less than 1 percent. As of March 3, the U.K. had tested nearly 14,000 cases.

By contrast, the U.S. had performed a paltry 472 tests by March 2. Further, CDC testing criteria have precluded recognizing community spread because of requirements stipulating recent travel to China or exposure to an infected person. Adherence to these guidelines delayed testing in the first probable case of community transmission, in Northern California, by four days.

CDC has expanded indications for testing to include travel to Japan, Italy, Iran, and South Korea, but testing guidelines remain biased toward the sickest individuals. For those without known exposures, CDC only recommends testing for severely affected patients. In theory, doctors could have tested any individuals in whom they suspected coronavirus, and Vice President Pence on March 3rd encouraged this; however, the unavailability of testing has been a major obstacle in practice. On February 4, following Health and Human Services Secretary Alex Azar’s declaration of a public-health emergency, the Food and Drug Administration issued an Emergency Use Authorization (EUA) to the CDC, allowing it to distribute test kits to designated public-health laboratories. The CDC began shipping the kits on February 5, but laboratories could not validate them because they contained a defective reagent.

Laboratory tests typically contain what is termed a “negative control”—material expected to yield a negative result when tested, and which protects against false-positive results stemming from contamination or other issues. Many labs obtained positive results with the negative controls, invalidating test runs and precluding use of the kits. Affected labs were required to send their specimens to the overburdened CDC.

The FDA has not allowed the experienced and highly skilled professionals at public-health, academic, and commercial laboratories to set up their own laboratory developed tests (LDTs), and no manufactured test kits have been authorized for sale in the U.S. In Europe, several companies, at least one U.S.-based, have regulatory approval to sell test kits in Europe.

The FDA’s regulation of laboratory tests has been a longstanding concern. This includes moves to regulate LDTs, despite the existence of stringent alternative-regulatory and oversight mechanisms. In general, the FDA has exercised “enforcement discretion” with respect to LDTs. With coronavirus testing, the FDA’s abandonment of enforcement discretion may have proved deadly.

Complaints about the lack of testing access compelled the FDA to resolve what has become a self-inflicted crisis. On February 29, the agency issued guidance expanding the number of laboratories eligible to provide testing and creating a pathway for them to use internally developed tests. The FDA, however, is forcing these labs—most of which have not been FDA-regulated—to expend scarce resources on the preparation and submission of EUAs. These submissions must be filed a mere 15 days after laboratories begin testing and must adhere to prescriptive validation requirements.

Stephan Hahn, the FDA commissioner, predicted that U.S. laboratories will be able to perform “close to 1 million” tests by the end of this week, and former commissioner Scott Gottlieb estimated that public-health laboratories “will be able to test 10,000 samples a day, with as much as an additional 10,000 a day from academic labs.” Even if true, these optimistic predictions are likely too late to reverse a crisis that might have been averted.

Roger D. Klein, M.D., J.D., is an expert with the Regulatory Transparency Project’s FDA and Health Working Group, a faculty fellow at the Center for Law, Science and Innovation at the Sandra Day O’Connor School of Law, and a policy advisor to the Heartland Institute. A former advisor to HHS, FDA, and CDC, he completed his medical training at Yale School of Medicine and received his law degree from Yale Law School. 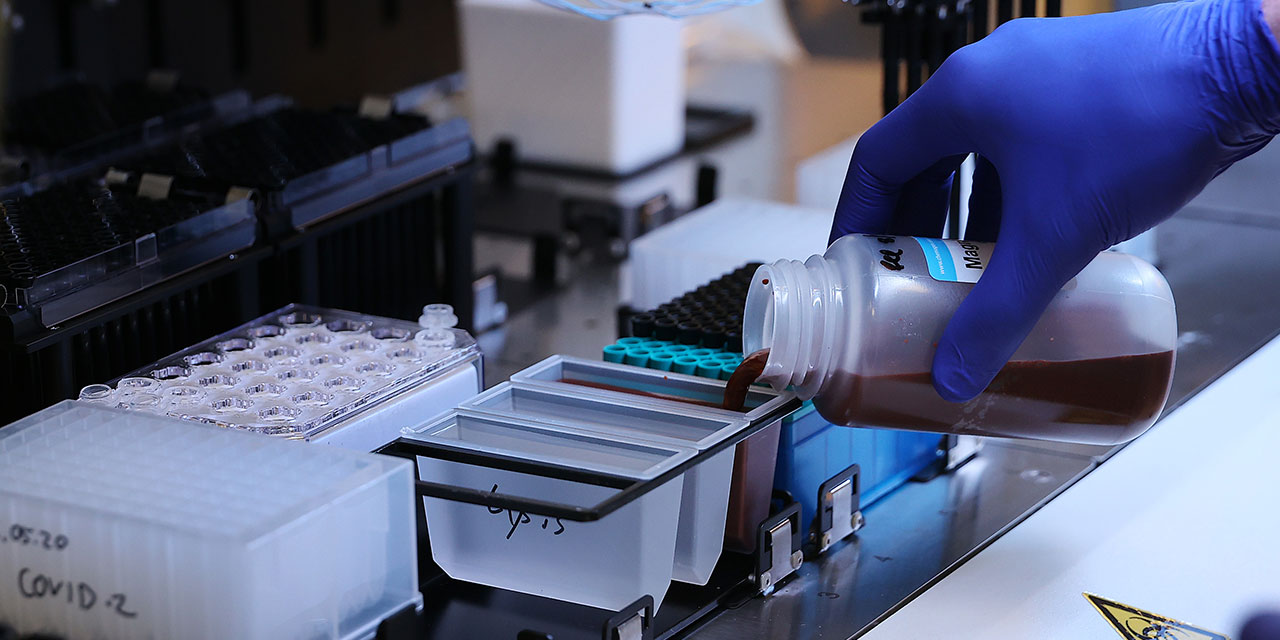