In March, when Congress passed the CARES act, the clear goal was to put the economy in a state of suspended animation. Congress was fast and free with money—a $1,200 stimulus payment, expanding unemployment insurance to freelancers, adding an extra $600 to everyone’s benefit, and providing easily forgiven loans to struggling businesses. Normally, economists would worry about altered incentives and unintended consequences from such a big plan. But in March, the goal was to keep people in their homes for a few months while the virus was brought under control.

Months later, Congress faces a different problem. The virus is not yet under control, but severe, prolonged lockdowns have proved unsustainable and destabilizing. Policy goals are complicated: the economy is facing shocks on both the supply side (many businesses can’t operate at full capacity for health reasons) and the demand side (unemployment remains high, and uncertainty about recovery is limiting spending). The next stimulus bill must support struggling businesses so that they can rehire people quickly, while also assisting millions of the unemployed, in order to avoid a complete collapse in demand that would further erode our economic vitality.

Thus, much of the debate comes down to what to do about the $600 enhanced-unemployment benefit, described either as a lifesaver or a crutch. Democrats tend to favor continued extra assistance for the jobless. However, the CBO estimates that five out of six Americans get more from enhanced unemployment benefits than they did from working, which means that the bonus is a disincentive to get off the dole. Some have portrayed the full $600 bonus payment as keeping the economy from falling off a cliff, though it’s not clear why many households now require more income than they got from working before the pandemic.

University of Chicago economist Damon Jones argues that the situation has returned power to workers, who can demand higher salaries—rates that could persist even after the virus is resolved. But many employers, especially small businesses, operate on thin margins that are even thinner now, with restrictions on how many customers they can serve and rigorous new cleaning protocols necessary to provide a safe workspace. Paying higher wages to compete with enhanced unemployment won’t be possible for many businesses; they’ll need to automate, cut staff, or close.

Republicans are focused on making hiring cheaper. They want to protect businesses from coronavirus-related liability, lower the payroll tax, and reduce the enhanced benefit to $400, while offering back-to-work bonuses instead. To support demand, they’re willing to send another stimulus check to low-income households. In normal times, the Republican approach would spur private-sector hiring, but with the virus still plaguing parts of the country, many businesses can’t resume normal operations, and consumers are hesitant to go out and spend. Financial incentives to hire more workers, like the payroll tax cut, may have limited impact right now.

Meantime, many unemployed people can’t find jobs and will struggle to pay expenses without some enhanced benefit. Unemployment insurance typically covers about 40 percent of a recipient’s former salary; the $600 extra payment, according to the CBO, mostly flowed into spending on food, housing, and goods and services. Suspending the extra money would directly hit businesses. The CBO estimates that GDP and employment would be higher in the second half of 2020 if the benefit were extended through the rest of the year—but an extension will also mean lower GDP and employment in 2021, they predict, since many jobs will be gone by then.

The right policy balances the next six months—and a presidential campaign—against economic recovery in the medium term. It also accounts for whatever course the virus takes. If the current spikes in infection level off and decline in coming weeks, and then stay under control without the resumption of mass lockdowns, then pushing for a private-sector recovery would make more sense. But if America is plagued by fresh outbreaks or a rise in the death rate throughout the next year, unemployment will remain high no matter what incentives for business are in place—and more income support will be necessary, as many households won’t be able to pay the bills.

The future of the virus is unknowable, of course. So far, with the exception of Louisiana, initially hard-hit regions haven’t seen second waves. Health officials worry, though, that the fall will bring new infections. The ideal plan requires flexibility. It may include lowering and phasing out the enhanced unemployment benefit or making it contingent on state unemployment rates. Back-to-work bonuses, liability protection, and even federally subsidized hazard pay for businesses that can’t comply with all CDC/OSHA guidance can also help businesses expand payroll.

Proponents of the extra $600 payment argue that the real problem is not an artificial barrier to work but a lack of jobs. There may be fewer jobs, but that doesn’t mean that there are no jobs. Restoring employment will be a gradual process, in any case; the sooner it starts, the better. 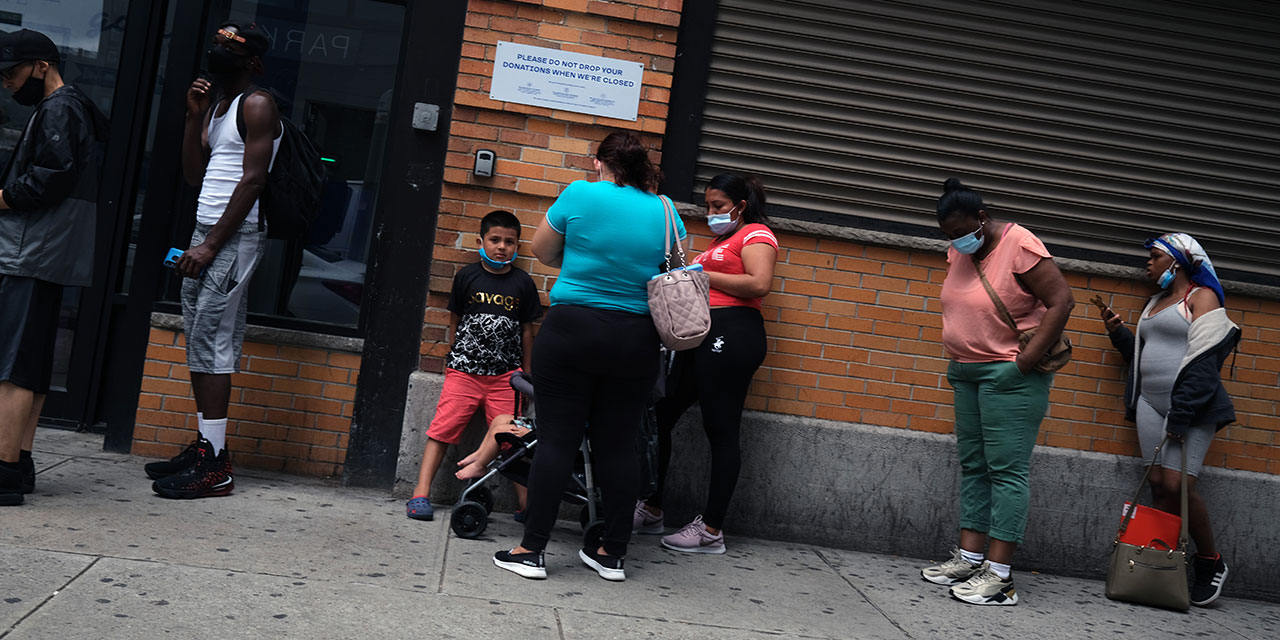 Allison Schrager Calls to use monetary policy to help disadvantaged African-Americans are misguided.
More on