Have you heard about the New York City exodus? How could you miss it? The Covid-19 pandemic, we’re told, will leave behind a hollowed-out cityscape of empty giant office towers, as companies decide that they can save a fortune on rent by having most employees work from home. This bleak narrative enjoys so much currency in the New York Times, the Washington Post, and on cable news that it takes a steel will to rebut it in public. Interviews with experts who predict the end of Manhattan are reinforced by friends’ anecdotes of this or that apartment building turning 70 percent vacant since the virus struck.

But rebut it we must. Left unchallenged, doleful predictions can shade New York’s recovery or even become self-fulfilling prophecies. Just as the coronavirus plague in the city seemed miraculously contained—average daily deaths have fallen to below 30, just two months after the daily toll spiked at 500—along came the looting rampage on the nights of May 31 and June 1. The sight of broken windows and hastily installed plywood barriers reinforced perceptions of New York as a ruined metropolis.

The short-term viability of work-from-home arrangements energized urban-averse pundits who’ve forecast the demise of American cities for half a century. The reality is otherwise: about 80 percent of us live in cities or “urban areas,” according to the Census, and the percentage has grown decade by decade. What’s new is that the distrust of cities common on the political right has spread to certain liberal precincts that almost seem to be rooting for the virus to drain New York of its vitality. (Something similar was seen in the aftermath of 9/11; predictions of Gotham’s death turned out to be premature then).

But a three-month hiatus in the normal commercial thrum won’t likely be a destiny-changer. Predictions that work-from-home will empty out buildings need a closer look. Consider two recent surprising occurrences. The popular shared-video platform TikTok signed a lease for 232,000 square feet at the Durst Organization’s Times Square building known as One Five One. TikTok had no previous offices in New York, so the lease wasn’t a mere space reshuffling of the kind that companies often do; rather, it reflected a commitment to the city’s future. The location had symbolic meaning, too: Times Square, which, as endlessly shown in social media photos, remains brightly lit but devoid of human life. TikTok’s decision-makers clearly don’t expect the Crossroads of the World to devolve into the permanent dystopia of science-fiction movies.

Separately, the real-estate brokerage and management firm CBRE reported that Manhattan office space newly put up for sublease—a key market bellwether—fell in May to 234,000 square feet, compared with 340,000 square feet in April. In pre-Covid months, the sublease additions amounted to between 800,000 square feet and 1 million square feet monthly; these counterintuitive data show that companies are in no rush to downsize their real-estate footprints.

The Manhattan office sector—comprising 450 million square feet, more than anywhere on earth, except in much larger Shanghai—is crucial beyond the fact that it gives high-earning New Yorkers reason to be here. Real estate-related taxes account for 60 percent of the municipality’s revenue. That’s more than what Wall Street generates, and commercial real-estate taxes make up the lion’s share. There’s no question that the pandemic has thrown the commercial property market into disarray; there will be bankruptcies, foreclosures, and ruined fortunes. No one can know how severe the impact will be six months from now, much less a year or two later.

That will begin to change now that the city has begun its Phase II reopening, which allows employees to return to their offices, however slowly. Morgan Stanley CEO James Gorman has said that his firm, with more than 1 million square feet of Manhattan offices, will shrink its footprint after the dust settles. Twitter’s Jack Dorsey says that his employees can now skip coming into the office indefinitely. Facebook’s Mark Zuckerberg envisions up to 50 percent of his company’s 48,000-strong workforce working remotely within ten years.

Letting employees work from home has proved more efficient than some companies expected. The groundwork was laid after Superstorm Sandy struck New York City in 2012. The sea surge ravaged much of Lower Manhattan and temporarily sidelined 15 percent of prime downtown office space. Banks, law firms, and other tenants at giant towers such as 55 Water Street and One New York Plaza scrambled to work remotely, a hastily improvised response to the crisis that worked just well enough. Lessons were learned and applied across the board; every major company established “redundancy” plans for key business units to allow for seamless operation in the event of future catastrophes. When Covid-19 hit, the media ran plentiful stories about moguls and their minions wheeling and dealing via wine-soaked Zoom conferences from their East Hampton and Litchfield County second homes.

But lost in this remote-work buzz is the fact that office tenants can’t simply walk away from leases with years left to run and tens of millions of dollars in rent for which they’re liable. True, some companies are not paying rent right now. For as long as government rules prohibit “non-essential” business uses, they have arguable grounds under force majeure clauses for not paying.

That will change when the rules are lifted, as is happening now. Manhattan’s office-vacancy rate prior to the pandemic’s onset ranged from 9 percent to 10.5 percent, depending on which survey you consulted. It’s certain to rise in the short or medium-term. However, the “catastrophic” events that can give tenants wiggle room to withhold rent don’t include discretionary decisions to send employees home to work. WarnerMedia, AIG, and Cravath, Swaine & Moore can’t abandon space commitments that they made in 2019 and in early 2020. Major office landlords, including publicly traded companies such as SL Green and Vornado Realty Trust, may be even less forgiving than small-property owners, who won’t let their store and restaurant tenants off the hook.

It’s possible that future density restrictions will force some companies to need more, not, less space. Facebook’s Zuckerberg has himself acknowledged this, conceding that limits on how many employees can occupy a space means that there would be no instant impact on Facebook’s real-estate footprint. “In the short term,” he said, “we’re not going to be using less real estate if we’re only at 25 percent capacity.” The company is continuing to negotiate a large office lease at the Farley Post Office redevelopment on the heels of recent deals it made for 1.5 million square feet at Hudson Yards.

Once companies start returning to their offices, in the time it takes for chief executives to figure out their future square footage, the bloom might well be off the rose for executives who enjoyed the work-from-home interregnum. How will companies attract talented younger employees, for whom the thrill of central-city life is more appealing than suburban backwaters? As a recent Wall Street Journal story headlined: “It’s OK to Miss the Office—For Many People Working from Home, An Essential Part of Life is Now Missing.”

Working from home has proven useful, even essential, during the crisis, but it’s long-term future is not as clear. Mitchell Moss, professor of urban policy and planning at New York University, points out the obvious advantages of office work, including “face to face contact,” which is “not the same as people sitting alone. There is candor you can’t get on a video monitor.” My own real-estate friends who enjoyed Zoom conferences from their East End homes say that they’re sick of them. They long to recapture the camaraderie and creative tension of a shared workspace.

And for every woman who’s worked at home since March and says that she enjoys greater family time, others are likely craving their office hours. Research has found that career women temporarily forced to work from home are still doing most of the housework. Men don’t want to be there, either—and that’s why the lights will likely go back on over Manhattan’s skyline, and stay on for a long time to come.

Steve Cuozzo has been the New York Post’s restaurant critic and commercial real estate columnist since 1999. 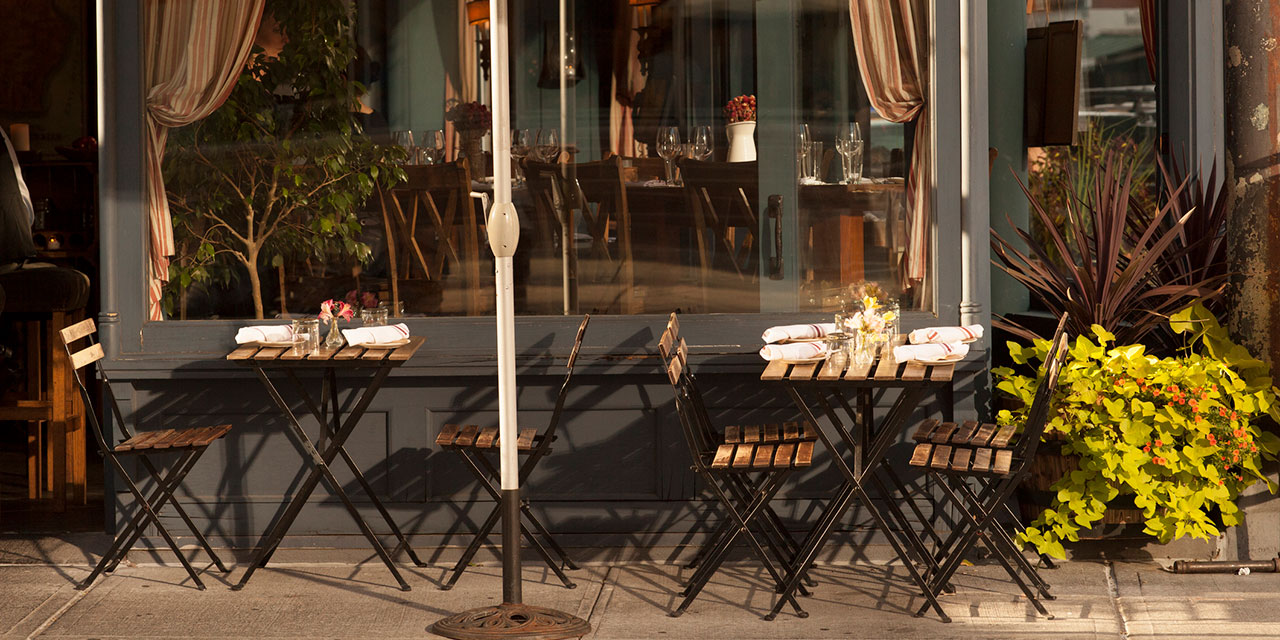