Finding Beauty in the Public Realm 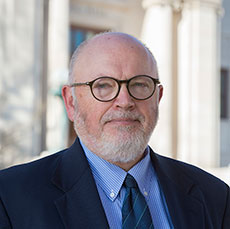 In the latest City Talk, Philip Bess discussed New Urbanism, South Bend, the role of churches in poorer communities, and more with Charles F. McElwee, assistant editor of City Journal. Bess is Professor of Architecture at the University of Notre Dame, where he specializes in urban design and theory. He is the author of City Baseball Magic (1991), Inland Architecture (2000), Till We Have Built Jerusalem (2006), and dozens of essays on cities and architecture. His graduate urban-design studios have won awards for projects ranging in scale from small towns to city neighborhoods to metropolitan Chicago.

What is New Urbanism?

New Urbanism promotes historic and anthropologically grounded traditional urbanism—walkable, mixed-use, mixed-income towns and city neighborhoods—in a legal environment and culture that produce auto-centered suburban sprawl. New Urbanist ambitions are exemplified in virtually any intact pre-1950 town or urban neighborhood; in efforts to flesh out the “good bones” of any pre-1950 town or neighborhood that has suffered since World War II; and in new, compact, mixed-use greenfield developments—most famously in Seaside, Florida. Denver, Nashville, and Miami are among a growing number of American cities and towns that have replaced their auto-centered and use-based zoning ordinances with New Urbanist form-based codes.

South Bend is making news because of Pete Buttigieg. What does the press get wrong in its profiles of the city and region?

That it’s a typical college town with a long-term, positive relationship with Notre Dame. In truth, South Bend and Notre Dame have long viewed one another with suspicion. This was the case from the mid-nineteenth to the mid-twentieth centuries, when South Bend was a prosperous factory town and Notre Dame a small Catholic school developing a big football presence. The strained relationship persists today, though their economic circumstances have reversed. Notre Dame is now a wealthy research university, while South Bend has never fully recovered from the closing of its Studebaker plant and 1960s “urban renewal” efforts.

Still, I’m bullish on South Bend. The city has succeeded in restoring downtown and western neighborhoods as pedestrian-friendly commercial environments, increased the number of residents in its historic center, and simplified citywide development procedures. Though South Bend hasn’t resolved its racial problems or gentrification issues, the word “gentrification” is itself a recent addition to the city lexicon.

Rust Belt cities and towns feature magnificent Catholic churches. What role can these structures, even when vacant, play in poorer communities?

Beautiful churches and their ancillaries are genuine wealth: economic capital that can also foster social capital. Vacant churches are a physical reminder of strong communities that have been lost. When occupied, even by small numbers, these churches have tremendous potential. Human beings don’t live by bread alone.

Today, many churches are either demolished or repurposed for activities ranging from mundane to profane. A happier scenario envisions small communities of young monks or nuns assigned to inhabit and care for these buildings, and to offer daily liturgies of such beauty that they attract their neighbors, who, over time, develop into a community. In best-case scenarios, these structures would reemerge as centers of thriving neighborhoods.

What does the future hold for traditional architecture and urbanism in America?

In an individualist society, traditional architecture and urbanism are countercultural activities. It’s an uphill fight for today’s classical humanist urbanists, but beauty in the public realm matters and can both form and transform communities.

Under your direction, Notre Dame graduate students completed master plan proposals for numerous communities across the U.S. What were some of the results of this experience?

Notre Dame’s graduate urban-design concentration—which ended in 2019, after a 13-year run—brought classically trained architecture students to the study and promotion of traditional American urbanism. The studios, through urban design for real places, were typically attempts to repair damage done to communities by post-1950 patterns of physical development.

One lesson, for clients and students, is that good design ideas are not enough to achieve good traditional urbanism. Making good urbanism requires changing the law from zoning based upon use to zoning based upon a range of urban densities and building types. We also came to realize that a community’s aesthetic goods and economic resilience are typically better served by incremental, lot-by-lot and block-by-block development by local builders and financial institutions than by big development companies and lending institutions engaged in large-scale “superblock” projects. And almost everywhere, our property-tax system creates perverse incentives that work against good urban form, stewardship of rural land, and economic prosperity. Property-tax revenue should be replaced by land taxes that capture the value created by the community, for the community.

Johnny Sanfilippo’s blog “Granola Shotgun” occasionally profiles people of limited means residing in “flyover country,” who own properties they’d like to improve but can’t (legally) because of local regulations that make such efforts too expensive. Therefore, they occupy and improve their properties illegally—generally interiors—sotto voce and out of sight. I love these stories, both because they shed light on the madness of bureaucratic building culture and testify to the resourcefulness of everyday people.