Decades ago, the late Milton Himmelfarb famously summed up the Jewish vote by saying “Jews earn like Episcopalians but vote like Puerto Ricans,” suggesting that the ballots of high-earning Jews unexpectedly looked like those of low-income voters. This pithy observation summed up Jewish demographics and voting for half a century. It also launched a trove of articles and more than a few books on the mystery of Jewish voting patterns. Why didn’t Jews follow the pattern of other white ethnic groups like the Irish or the Italians, who became more conservative as they assimilated?

Answers abounded: Jews were more sympathetic to the plight of minorities; they were more committed to Tikkun Olam—repairing the world; they had been socialist critics of the czar back in Russia. Many a sociologist and political scientist proffered theories, but the mystery was never definitively solved.

A new Pew study on Jewish Americans suggests that the behavior is no longer a mystery: the bulk of the Jewish community remains liberal, but this allegiance no longer puts them out of step with the group’s demographics. The study found that “Jewish Americans, on average, are older, have higher levels of education, earn higher incomes, and are more geographically concentrated in the Northeast than Americans overall.” Accordingly, the study shows that secular Jews vote like other secular, highly educated, and urbanized populations. As Pew’s Becka Alper and Alan Cooperman wrote, “71 percent of Jewish adults (including 80 percent of Reform Jews) are Democrats or independents who lean toward the Democratic Party.”

Over the years, party affiliations have shifted: the Republican Party has become more working class, and the Democratic Party has acquired more urban, educated elites. Non-religious Jews fit neatly into the latter category. One can wonder whether Jews played an important role in this shift, or why Jews of past generations defied sociological expectations in remaining liberal, but today the issue is settled. Non-religious, secular Jews are a largely educated, northeastern population concentrated around large cities. Like other Americans in that category, they skew liberal.

The Pew study highlights a more interesting recent development among Orthodox Jews. They increasingly consider themselves—and are considered by others—to be separate within the Jewish community. Only 9 percent of Orthodox Jews feel “a lot” in common with Reform Jews, and a similar percentage of Reform Jews say the same about the Orthodox. In fact, both groups report feeling more in common with Jews in Israel than with their fellow citizens of the same religion but different denominations.

Like their secular counterparts, Orthodox Jews are clustered in the Northeast, but they differ in having lower levels of educational attainment. About 60 percent of Jews overall are college graduates, almost double the rate of the American population as a whole, but only 37 percent of Orthodox Jews have college degrees. And even though these religious Jews are largely urban and suburban, they vote like rural religious voters. As Alper and Cooperman wrote, “among Orthodox Jews, three-quarters say they are Republican or lean that way. And that percentage has been trending up.”

This split raises questions about the size of the various communities. The non-religious part of the Jewish community has long been and remains larger than the Orthodox component. Only 9 percent of American Jewish adults identify as Orthodox. They are, like the rest of the Jewish community, grouped largely in blue states. Only eight states have more than 200,000 Jews: California, Florida, Illinois, Maryland, Massachusetts, New York, New Jersey, and Pennsylvania. All of these but Florida voted Democratic in the last presidential election, and six of the eight—all but Florida and Pennsylvania—have voted Democratic in every presidential election this century. However, adding in the seven states with Jewish populations in the range of 100,000-200,000 yields a decidedly more purple cohort: Arizona, Connecticut, Colorado, Georgia, Ohio, Texas, and Virginia. The Jewish vote may be small, but it matters.

The Pew study also makes it clear that the Jewish community is changing. Eleven percent of Jews under 30 were Orthodox in 2013—largely in line with their percentage among the older set. In the new study, that number rose to 17 percent—a remarkable shift in an eight-year period. At the same time, the older generation has a disproportionately low representation among the Orthodox. Only 3 percent of Jews aged 65 and older identify as Orthodox, and only 1 percent of Jews over 65 belong to the Haredi, or non-Modern Orthodox, community. Given Pew’s other findings on the Orthodox community, including much lower rates of intermarriage (2 percent vs. 47 percent in the non-religious community), and given the fact that Orthodox Jews continue to have more children, it is reasonable to assume that the Orthodox percentage of the Jewish community will grow even more in the future.

What the new Pew study reveals is that Himmelfarb’s memorable insight needs an update. If he were to reissue his aperçu today, he would overlook secular Jews, who now vote in a predictable way, and instead issue a wry observation about the growing Orthodox population: They live near hipsters but vote like Mormons.

Tevi Troy is a presidential historian and former White House aide. His latest book is Fight House: Rivalries in the White House from Truman to Trump.

Tevi Troy Troubling FBI statistics and recent anti-Semitic incidents should remind the U.S. that other countries have lost their Jewish populations—to their own detriment. 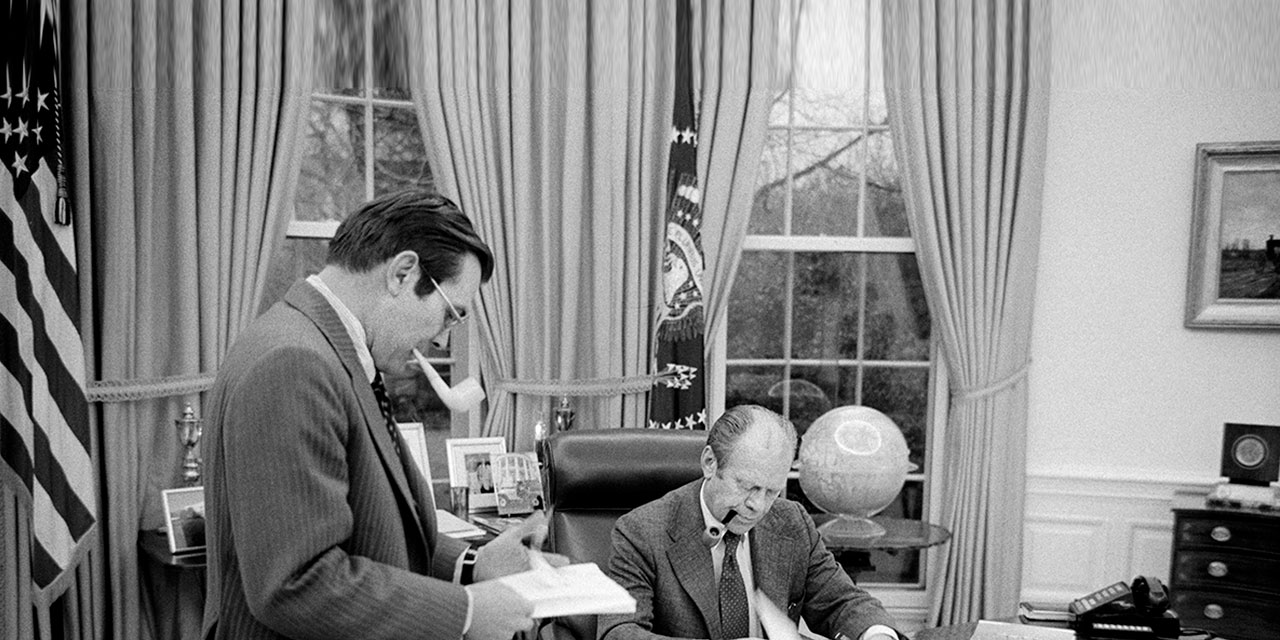 Tevi Troy He had a complicated record and plenty of enemies—and allies—but the veteran political hand was always his own man.
More on