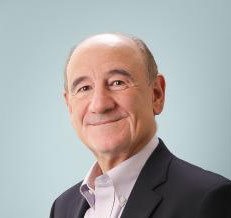 Steven Malanga is the senior editor of City Journal, the George M. Yeager Fellow at the Manhattan Institute, and the author of Shakedown: The Continuing Conspiracy Against the American Taxpayer. This is the first of a two-part conversation.

How would you describe living in New Jersey during this period?

New Jersey had among the worst Covid outcomes of any state, in part because of proximity to New York and because of heavy commuting via mass transit, so the thinking goes. As a result, we had quite an intense period when the headlines were grim and we experienced some severe, even draconian restrictions that made everyday life difficult. The irony was that my family and I knew virtually no one infected during this period of the worst virus in Jersey. So our experience of it was completely about the lockdown—wearing masks in stores, working and schooling at home, and being restricted in other ways. We thought that we were pretty lucky, and maybe we were, though over time we understood that something else was going on.

Gradually, it emerged that much of the pandemic in the state was taking place in nursing homes, where more than half of all deaths and many infections took place, and that the state health authorities had made some really poor decisions that had exacerbated this situation. That started to explain to us why we were seeing these terrible headlines and death counts, even as it seemed that few relatives, friends, and neighbors were sick. I remember hearing that a number of people had died in our town, and it was shocking. Then I saw a list of those who had died: of ten people, one was in his 90s, another eight were in their eighties, and the other victim was in his seventies. We have two long-term care facilities in our town. For someone like me who had written a piece early in the lockdown about how nursing homes were most vulnerable and needed to be protected, this was a horrifying failure.

Over time, the lockdown took on absurd characteristics, as public officials flailed around trying to figure out what worked and what didn’t. We have lots of open space in our area, including large nature preserves that set aside thousands of acres of undeveloped wooded areas, but at one point even these were closed to the public, making a hard situation for people even worse. There was (and remains) little evidence that the virus can be transmitted in these circumstances and, perhaps more to the point, people need these kinds of outlets. I wrote another piece early on describing how there would inevitably be health consequences from the lockdown, too, and we’ve seen rising numbers of people reporting severe depression, more calls to health hotlines, and other problems.

As the virus’s impact has receded around here, restrictions have been lifted, though one ironic consequence is that we’ve now started quarantining people coming in from other states, even though our own public officials complained early on when other states were quarantining our residents. Still, New Jersey isn’t as severe about this as our New York and Connecticut neighbors. They’re fining people who don’t quarantine and checking the bridges, tunnels, and airports to make sure that these people don’t slip through undetected. Any slight bump in cases is blamed on these outsiders. Considering the poor choices all three states made in dealing with the virus early on—all three required nursing homes to take in patients that were infected, helping to spread the epidemic in these places—I can only wonder if blaming outsiders isn’t simply a way of distracting attention from our own policy failures.

What does the future hold for New York City?

I’ve followed and written about the city through some of its most troubling times, including the crime spree of the 1980s, the terrorist attacks of 1993 and of course 2001, the 2008 financial meltdown, and now the pandemic. In each of these cases until now, people predicted doom for the city, but it eventually bounced back. The emphasis should be on the word “eventually.” The crime spree of the 1980s actually had its roots in the civil disturbances beginning in the late 1960s and the fiscal failures of the 1970s in New York. The city experienced almost 30 years of rising disorder and declining population before it was able to turn things around. When it did, it grew resilient so that it was able to bounce back from both 9-11 and the 2008 financial turmoil much faster than people anticipated.

What worries me now is that the resilience that New York built up for 20 years is starting to erode, and this may make recovery harder than it should be. The outmigration of people from the city is very real—as much as 15 percent of people seem to have relocated either temporarily or permanently. After 9-11, some experts warned that remote work would allow employees to stay permanently away from New York, but that did not happen to any significant degree. The difference now, however, is that the pandemic forced remote work on companies, and the extended lockdown is getting them used to it. So what we have feared might happen in the past has become a fait accompli in this emergency. We hear from landlords that their commercial tenants aren’t even talking with them about bringing workers back to the city any time soon. That so many high-paying jobs we associate with the city can be performed remotely only compounds New York’s other, longstanding disincentives, including high taxes, heavy regulations, and an increasingly anti-business government. In the last six years alone, the city and state have piled new, harsher restrictions on firms big and small, confident that firms couldn’t afford to leave. Now in just a few months, we’ve seen that gigantic movement of jobs outside the city that critics predicted would one day happen.

The question is whether that movement will change the political conversation in the city. So far, it hasn’t. Mayor de Blasio and other city officials have actually talked about closing budget gaps by raising taxes even higher—this in a city that has expanded its government robustly already under this mayor, putting little aside for a rainy day. Whether the city can bounce back will depend on whether the political conversation changes. There’s no guarantee that it will.

Steven Malanga A longtime analyst of the public sector offers a provocative solution to America’s government-union problem.
eye on the news