Other than New York, no state has been hit harder by the coronavirus than neighboring New Jersey. From a single case in early March, the state has confirmed more than 109,000 infections and more than 5,900 deaths. Observers have attributed the state’s stark experience with the virus to its proximity to New York City, its density, and its widespread use of mass transit. But New Jersey’s painful experience can also be attributed to local officials’ failure to ramp up testing over the course of more than a month. This failure made it impossible to identify many Covid-19 carriers, forced doctors and hospitals to treat patients without confirming that they had the virus, and kept officials in the dark about how pervasive the outbreak was in the state. Unless Governor Phil Murphy can reverse these failings, New Jersey faces a long road to recovery.

Jersey reported its first infection on March 4, with the case of a 32-year-old who lived and worked in New York City but maintained an apartment in Fort Lee. On March 9, Murphy declared a state of emergency, and a week later, with 80 cases in the state, he ordered the closure of public and private schools, movie theaters and gyms, and other businesses. He later ordered all but essential businesses to close, extended the school shutdown to mid-May, and ordered employees of essential businesses (and their customers) to wear face masks.

As New Jersey’s caseload grew, so did reports of symptomatic people claiming that they couldn’t get tested; of overly strict testing standards excluding all but the sickest individuals; and of waits of more than a week for results. On March 20, the first visible sign of the testing logjam appeared when a drive-through site—set up by FEMA at the Murphy administration’s request—had to close after a few hours because it ran out of tests. Murphy expressed shock, calling the response “beyond our wildest dreams,” though cases had been exploding in New York, too. He promised that the state was ramping up to complete 1,000 tests a day, and that—with the help of private labs—it would process 20,000 tests a week.

A week later, the state was even more overwhelmed, as testing sites repeatedly shut down. On March 26, Murphy acknowledged that the state had more confirmed cases than any other except New York, but he attempted a positive spin, claiming that it meant that the Garden State was doing more testing than anywhere else. A skeptical media pushed back. The state’s largest paper, the Star-Ledger, crunched the numbers and found that Jersey ranked only 19th in testing on a per-capita basis, far behind not only New York but also many other states with significantly smaller outbreaks, including Massachusetts and New Mexico. Though states had been set back by missteps by the Centers for Disease Control, including faulty tests, many had managed to ramp up testing anyway, contracting with private labs or getting local medical facilities to create and distribute their own tests. Two weeks earlier, for instance, New York had obtained permission from the Food and Drug Administration so that 28 labs around the state could conduct tests, effectively doubling the state’s capacity to 6,000 daily tests.

Confronted with these data, New Jersey’s assistant health commissioner claimed that some states had fared better because their residents had contracted the virus earlier than Jersey residents. He also dismissed the need for widespread testing, including of people who might be asymptomatic. The Star-Ledger noted that no state in America had “much of a head start” on New Jersey; those states where the virus had appeared earlier had gotten their testing regimes in order.

Residents began sharing stories of their struggles to get tested. On March 30, under the headline “Coronavirus Testing Debacle,” NJ Advance Media Group newspapers detailed how hundreds of symptomatic people, many of whom had gone to hospital emergency rooms, were denied testing because the state was still using outdated criteria. These included asking people whether they had recently returned from overseas—though it was clear by now that the virus was so entrenched in New Jersey that one could easily catch it from someone who had never left the country. One woman recounted how her sick fiancée had never been tested because he didn’t fit the criteria, though his doctor had ordered a test. When she complained to the lab that turned her down, she was told to call the Department of Health. Even those who managed to get tested said that they found the effort futile because results were taking anywhere from seven to 14 days to obtain. By contrast, New York had shortened the time it took to get results weeks earlier by arranging to have all tests processed in-state.

“I’ll put our aggressive testing of symptomatic individuals up against any other place in the country, if not the world,” Murphy said, but he offered no numbers to contradict what the press was reporting. Meantime, his health commissioner claimed that the crowds at testing sites were caused by too many people wanting tests when they weren’t really sick. “I don’t believe anyone who needs the test is not getting it,” she said, though newspapers were filled with stories about precisely this problem. Nearly a week later, the situation had not appreciably changed, as the Star-Ledger reported under the headline, “We still lack a true count of N.J. coronavirus because of limited testing.”

As one startling statistic revealed, nearly half of those tested in early April had positive results because only the sickest were being tested. Murphy in part blamed Washington. “In a perfect world,” he said, “I’d love to be South Korea. I’d love to have unlimited supplies of that which we need to collect these specimens. We don’t live in that world. We live in a world of limited resources, particularly coming out of the federal side.”

As the testing disaster unfolded, Murphy imposed increasingly restrictive measures on New Jersey residents, extending the lockdown to parks and recreational areas, requiring those shopping in supermarkets to wear masks, and arresting people who violated the limitations on movement. In a widely reported incident, officials even shut down a drive-through tulip-farm display, in which people never got out of their cars. Even as health experts identified the state’s lack of testing as a major cause of the disease’s spread, Murphy blamed rising caseloads on public failure to observe social distancing, though cell phone data show that social activity has decreased drastically. Murphy also warned residents that the state’s economy wouldn’t restart anytime soon—in part because of the lack of testing, as he ironically admitted. “You can’t do all this by yourself,” he said last week in response to President Trump’s call for states to begin planning for economic reopening. “Right from the beginning we haven’t had the federal testing supplies that we need.”

Even as Murphy complained about Washington, however, New York announced the latest addition to its testing regime. The state has developed its own antibody testing and received FDA approval for the procedure, which measures whether a person has Covid-19 antibodies. Antibody testing is crucial to phasing out a lockdown, experts say, because it can give officials a view of how common the virus is in an area and how many people may consequently be immune to further infection. In making the announcement, New York governor Andrew Cuomo promised the “largest survey of any state population that has been done.” A few days later, Murphy said that New Jersey still didn’t have the sites or equipment needed to reopen the state “by a long shot.”

As April wound to a close, NJ.com reported that counties that had attempted to get their own testing going were in bidding wars with one another for supplies because the state still lacked “a cohesive plan for widespread testing.” Until Governor Murphy’s administration gets its act together, it’s anyone’s guess when the Garden State can start doing business again. 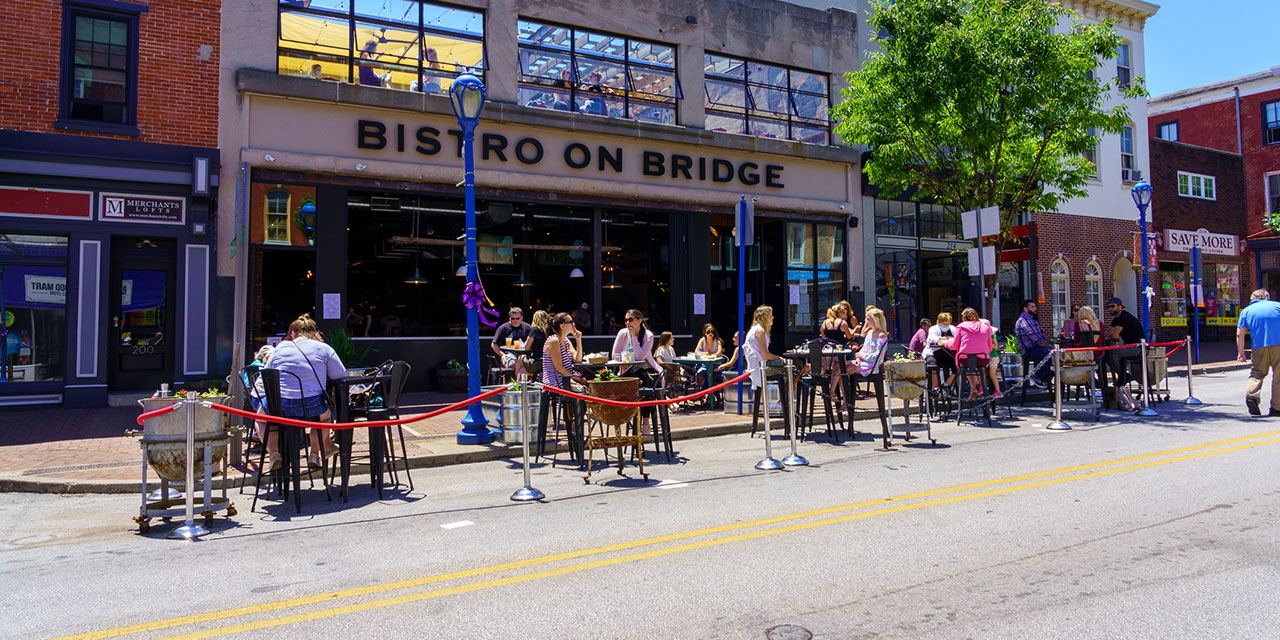