I’ve always been a sucker for the romance of the neighborhood school. When I was a child, I walked by myself to the old stone building in suburban Philadelphia that housed the nearest elementary school. I memorized multiplication tables and traced cursive letters in classes filled with kids who lived within a mile or so of me; I ate after-school snacks in their kitchens, and on snow days, met up with them for sledding on a hill that our older brothers and sisters had told us about before they started acting cool. This all sounds like cornball nostalgia, I know, but a neighborhood school really does have the potential to turn strangers into neighbors and friends.

So when I moved to Brooklyn with my husband and our young children in the early 1980s, I didn’t hesitate to register at the local elementary school. The school looked like a jail, with its severe brick facade and barred windows, but it was known as a star in a struggling education system that had few of them. People paid heart-pounding sums of money to live in the catchment area; those who couldn’t afford it tried using an aunt’s or a friend’s address. In some respects, and despite its appearance, the school delivered on my hopes. I waited outside at the 3 PM pickup time and shared local gossip with other parents; on the way home, we stopped at the supermarket, where we sometimes ran into teachers grabbing groceries; my kids went for playdates to classmates’ homes, all within walking distance of our house. My husband and I still get together for every Super Bowl with a couple we met when our sons were in kindergarten together. Those sons are now 42.

A few years into our family’s relationship with that neighborhood school, Big New Ideas started percolating in the brains of New York City educators. By the time my second child started second grade, the traditional classroom had been discarded in favor of reading and writing “workshops.” Students chose the books that they wanted to read. They kept journals in which they wrote about those books but also about themselves, their families, and their thoughts. “Every child is an author,” a teacher explained as I stared at the jumble of barely decipherable words in my daughter’s journal during a conference. Grammar and spelling didn’t matter for now, she assured me; the important thing was that my daughter felt “good about being a writer.” To be fair, the class did do a “unit” on penguins. They read books with penguin characters, drew pictures and wrote stories about penguins, and they learned how penguins keep warm. Why penguins? I haven’t a clue.

I learned about the next Big New Idea—multicultural education—one day when that same daughter burst into the house. “Mommy!” she exclaimed. “Did you know that Thomas Jefferson had slaves?” How was that solitary historical fact the one that had wandered into her “student-centered” classroom? Were there penguins at Monticello? “Yes, I knew that,” I answered. “Do you know what else he did?” She did not. We had been told that multiculturalism would teach children respect for other cultures, a reasonable goal in our diverse city. How telling a child who still clung to her “binky” at bedtime about Jefferson’s slaves would accomplish this was beyond me. Our son had recently graduated from our little elementary school, and with some parental help, we placed him in a private middle school; we did the same with the Jefferson expert after fourth grade; when our youngest could barely read in third grade, we bolted the neighborhood school for good.

Now one of my daughters lives nearby, with her own children. Her eldest started kindergarten this year at the neighborhood school in a turn-of-the-century building at the end of her block. The schools chancellor had urged teachers to confront “white supremacy culture,” which includes “worship of the written word.” My grandson is white—the only white child in his immigrant-filled class, as it happens—and though he can be a little tyrant, the chances of his joining the Proud Boys are negligible.

No matter. I predict he’ll be taking a bus to a private school in some other part of Brooklyn soon.

Kay S. Hymowitz is a City Journal contributing editor, the William E. Simon Fellow at the Manhattan Institute, and the author of The New Brooklyn: What It Takes to Bring a City Back. 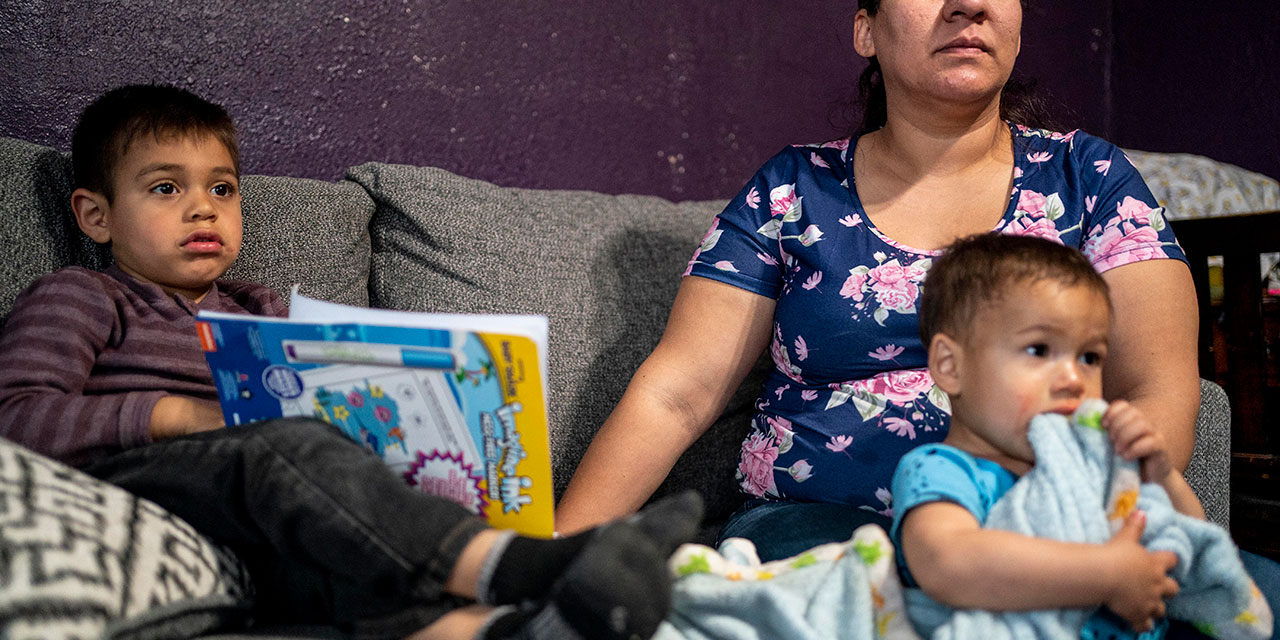 Kay S. Hymowitz Census categories obscure more about our demographic situation than they reveal.
More on