Navigating the Age of Crisis 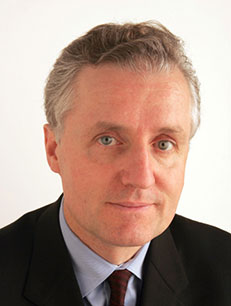 John Tierney discussed this period of unrest, freedom of speech, the future of cities, and more with Charles F. McElwee, assistant editor of City Journal. Tierney, a contributing editor at City Journal, has significant experience in print and media, including more than two decades as a reporter and columnist with the New York Times. His latest book, coauthored with Roy F. Baumeister, is The Power of Bad: How the Negativity Effect Rules Us and How We Can Rule It.

What have we learned from political leaders during this period of unrest, lockdowns, and a pandemic?

We’ve learned they’re even more short-sighted and self-serving than we imagined. We’re suffering through an extreme episode of what I call the Crisis Crisis—the never-ending series of crises, real or imagined, that are exploited by politicians. The Covid-19 pandemic is a serious problem, unlike a lot of crises. But it’s also an alarming demonstration of our tendency to overreact to bad effects—the cognitive bias known as the negativity effect.

In our recent book, The Power of Bad, the social psychologist Roy Baumeister and I discuss how this bias makes us vulnerable to politicians, journalists, activists, and others who profit by scaring the public—the merchants of bad, as we call them. Whatever crisis they’re promoting, we suggest keeping three assumptions in mind:

It made sense to fear Covid-19—that’s why the negativity effect evolved, to keep us alert to fatal dangers. That fear alone was enough to motivate voluntary social-distancing that made a big difference. But as usual, public policy was driven by politicians, journalists, and assorted “experts” who obsessed on worst-case scenarios that were never realistic—and led to policies that are more deadly than the virus. And the long-term effect of this crisis, like others, will probably be a larger, more costly, and more dysfunctional government.

Your feature from the Autumn 2019 issue, “Journalists Against Free Speech,” explored how members of the press increasingly support restricting expression. What does the nation’s present climate portend for journalism?

Nothing good. I hoped that piece—the first one, I think, to chronicle this trend—would shame some reporters, or at least the editors and publishers who had been capitulating to their demands to silence heretics. But instead, the frenzy over George Floyd’s death has emboldened reporters to call for more censorship and more firings—and their editors are more willing than ever to oblige.

The pessimist in me worries about the trends that Joel Kotkin and others have written about in City Journal: people fleeing to small cities and exurbs to escape the schools, taxes, and housing prices of cities like New York and San Francisco. Even before Covid-19, people were finding new ways to work at homes far from headquarters. The pandemic has accelerated that trend—and given people one more reason not to live in a dense city.

My biggest worry is what Heather Mac Donald calls the Ferguson Effect: the surge in crime after the police force in a city has been demonized. The outrage at George Floyd’s death may prompt some sensible reforms in policing, but the overall effect will be many more deaths as police budgets are cut and officers become reluctant to risk confrontations with criminals. It’s another tragic example of the Crisis Crisis: the solution to the problem will make things worse, especially in low-income neighborhoods.

The optimist in me hopes that these new problems will shock urban voters into abandoning progressive politicians—the ones who’ve been so loath to maintain public order and so eager to lock down their economies during the pandemic. In a safe, prosperous city, voters can indulge their progressive whims by electing politicians who care more about fighting climate change than fighting crime or promoting economic growth. But if the streets get dangerous and property values fall, they might even consider voting for a Republican. It’s happened before, as Rudy Giuliani knows.

The decline in racism. As Steven Pinker documents in Enlightenment Now, the percentage of Americans holding racist attitudes has plummeted in recent decades. This trend is evident not just in public-opinion surveys, but also in what they do in private: the frequency of Google searches for racist jokes has declined by nearly 90 percent in the past two decades.

Christopher Buckley’s upcoming comic novel, Make Russia Great Again, the memoir of a Trump hotel manager promoted to White House chief of staff. For perspective on the current frenzies, another comic novel, Campusland, Scott Johnson’s skewering of identity-politics activists, and Jonah Goldberg’s depressingly timely Suicide of the West. For an escape from the present, Stephen Fry’s retelling of ancient Greek myths, Mythos; Owen Wister’s classic Western, The Virginian; and Paul Beston’s chronicle of America’s great heavyweights, The Boxing Kings. And to get in shape for the fall, Russ Roberts’s How Adam Smith Can Change Your Life.

John Tierney The Kentucky senator presses on with his fight against the federal government’s Covid response.
eye on the news

John Tierney But they shouldn’t go to you-know-WHO.
More on