The Supreme Court will hear oral arguments on Wednesday in National Collegiate Athletic Association v. Alston, the latest case brought by student-athletes challenging the NCAA’s longstanding restraints on the benefits they may receive under the terms of their athletic scholarships. Alston is but a skirmish in a larger war over the future of college sports, but the NCAA is desperate to win it. In its successful petition for Supreme Court review, the NCAA wrote that the Ninth Circuit’s ruling, which favored the athletes, “[would] fundamentally transform the century-old institution of NCAA sports, blurring the traditional line between college and professional athletes.”

The Court will be asked to decide whether the NCAA’s eligibility rules governing the compensation of student-athletes violate federal antitrust law. Recognizing the NCAA’s legitimate interest in preserving its amateur model, federal courts have for decades deferred to the particular means it deploys to do so. Recently, the Ninth Circuit has taken a different path, shifting the evidentiary burden to the NCAA to prove that its rules are appropriately designed—first in a case brought by former UCLA basketball star Ed O’Bannon involving the exploitation of college athletes’ “name, image, and likeness” rights in video games, and now in Alston. If adopted, this “full rule of reason” standard would invite trial courts to engage in ad hoc policymaking.

Placing what amounts to ombudsman powers in the hands of judges can only invite mischief. As a group of antitrust economists warned in their amicus petition to the Court, “The Sherman Act does not authorize federal courts to alter a product—here, college athletics—because a judge or jury believes that the interests of an input provider—here, student athletes—would be better served with a different product design.” Experience has shown that those courts are poor predictors of the economic effects of complex, long-evolved arrangements like those enforced by the NCAA.

For some, the broader question is whether the NCAA’s amateur model is even worth defending. The NCAA’s most strident critics say that amateurism is a fig leaf, pointing to enormous coaching salaries, rich television contracts, and lavish stadiums as evidence that the athletes are the only participants being asked to remain financially disinterested. CBS and Turner are paying $850 million to broadcast this year’s NCAA basketball tournament. Among other things, college sports are big business.

Is the current college sports model exploitative? The lead plaintiff in Alston belongs to the relatively small class of college athletes arguably disadvantaged by the current system. Shawne Alston is a former football player at West Virginia University, whose membership in the Big XII Conference earns it about $20 million annually in television revenues. Like any Division I player, Alston would have had a demanding in-season schedule, with practices, meetings, training, travel, and other responsibilities absorbing 40–50 hours of his time weekly. He was a solid contributor on the field and a team captain in his senior season but attracted little interest from NFL teams after he completed his college eligibility. He therefore neither benefited directly from the revenues he helped generate for WVU—because NCAA rules prohibited him from doing so—nor cashed in on his skills later as a professional.

But though Alston never drew a salary to play football and never got a cut of the profits from sales of Mountaineer jerseys in the campus bookstore, his athletic scholarship changed his life. He grew up in a tough part of Newport News, Virginia, a city plagued by gang violence and poverty. By his own account, he used football to get to college, and once he got there, he excelled academically, earning his degree in criminology in three years and eventually an M.B.A. How many young men of his generation back in Newport News are directionless and idle because they never got the opportunity that Alston created for himself through football? The net present value of a four-year college degree over a high school education is well over $1 million. Claiming that Alston’s efforts—and those of the 90 percent of Division I athletes who do graduate—went unrewarded is disingenuous.

Notwithstanding sometimes-poor stewardship from the NCAA, a Division I scholarship is a better deal than ever. Athlete activism, backed by the plaintiffs’ class-action bar and sympathetic media, has generated needed changes. Many schools now offer four-year guaranteed athletic scholarships instead of the standard one-year renewable scholarship, which gives coaches too much leverage over players and facilitates abuses. Changes in calculating the “cost of attendance” cap on permitted educational benefits have let athletic departments make some small additional payments to defray travel and other expenses, alleviating the burden on players from poor families. Finally, even the NCAA now agrees that the rules around the use of players’ “name, image, and likeness” (NIL) in commercial ventures should be changed. Facing hostile state legislation, the NCAA has asked Congress to give players limited NIL rights with guardrails in place to ensure that the players are still perceived as amateurs. These reforms reflect the substantial economic value of the talents of the most gifted Division I football and basketball players.

The great majority of Division I college athletes, however, generate little revenue for their institutions. Many play in such non-revenue-producing sports as swimming, tennis, and lacrosse. Others play for football and basketball programs that lose money every year. Still others play for the relatively small number of consistently profitable programs but never become big contributors on the field. Considered only in terms of economics, such athletes are overcompensated by receiving educational benefits for which other students pay tens of thousands of dollars, not to mention the intangible benefits of academic tutoring, media training, and local celebrity.

The school names on the fronts of the jerseys generate the most value. Athletes in professional sports developmental leagues, with skills objectively superior to those of college players, are generally not well compensated because their games typically are neither televised nor well attended. Players in the NBA’s G-League do fairly well at a base salary of roughly $7,500 a month (some players are on two-way contracts with their parent teams and may make more), but minor league baseball players earn only about $2,000–$3,000 a month during a five-month season. Absent family support, the standard of living of a baseball player in a major college program may actually decline when he is assigned to his first minor league team.

Listening to some critics of college sports, one wonders where the NCAA’s purported cynicism actually lies. To speak of college athletics solely in financial terms leaves out the love that motivates the vast majority of athletes to compete, often in sports that have no professional leagues. There is still work left to be done to create a better system, starting with congressional action on NIL reform. But abandoning the amateur model entirely would make the reigning populist critique of the NCAA—“it’s all about money”—a self-fulfilling prophecy. 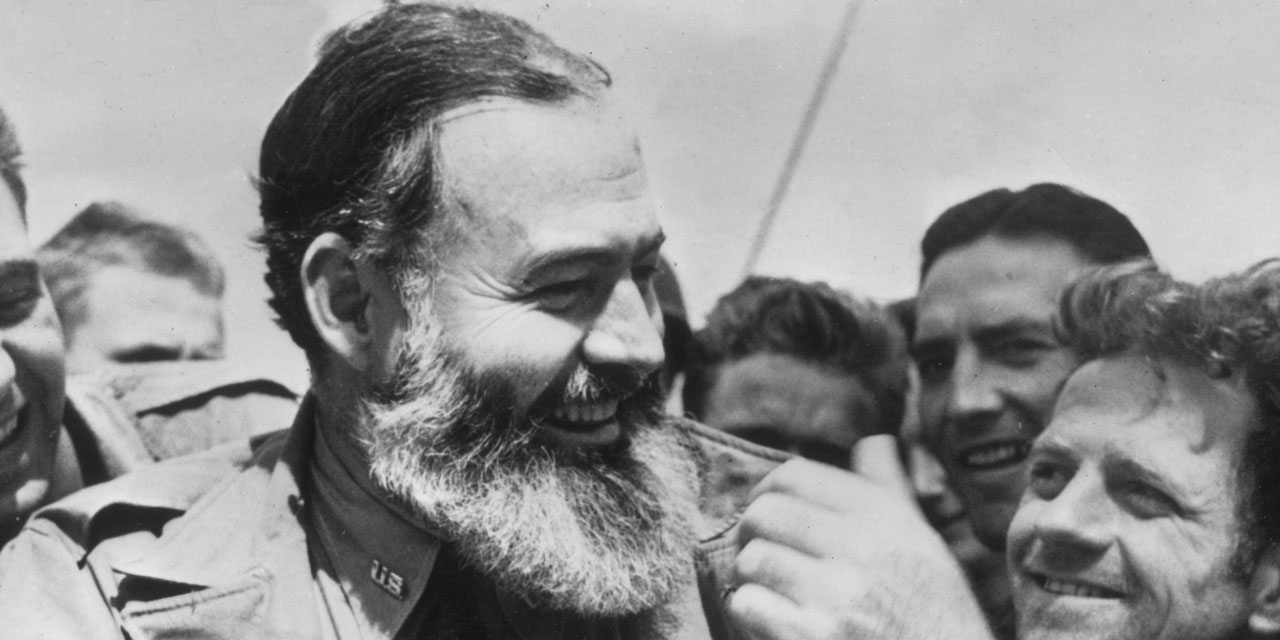 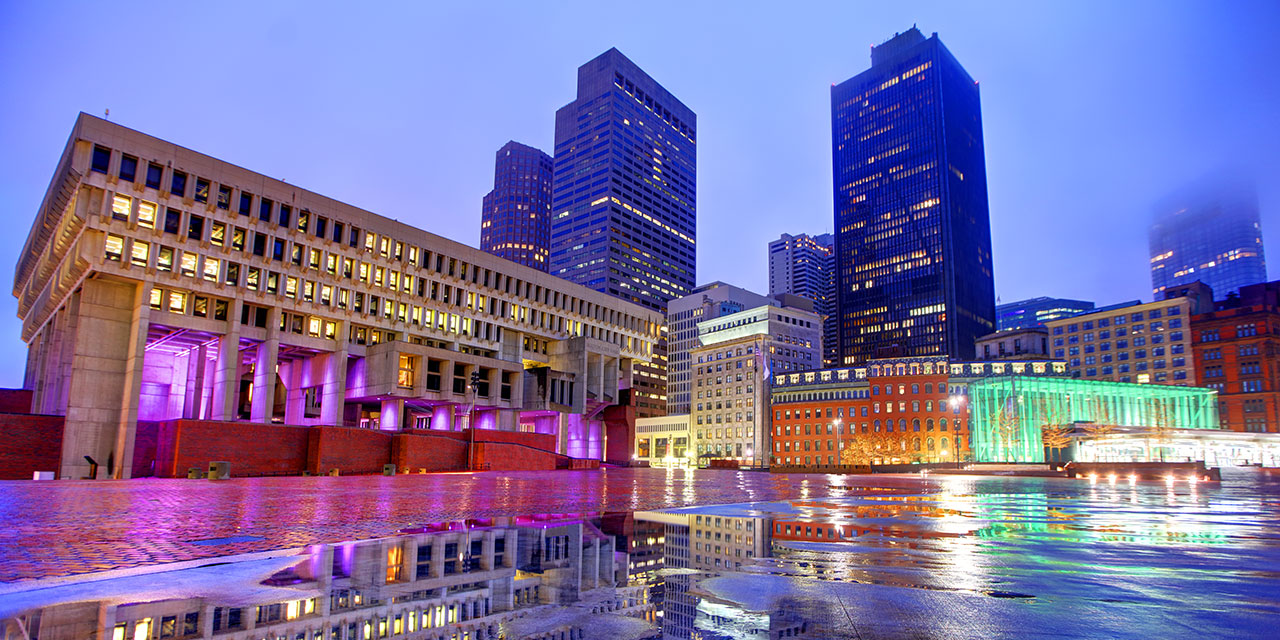 Jonathan Clarke Frederick Wiseman’s look at the inner workings of Boston’s city government is revealing, but not always in the ways he intends.

Jonathan Clarke Federal legislation is in play, and the NCAA’s harshest critics have the ball.
More on