Fifty years ago, a few days after the Fourth of July, my older brother Edward shipped off to Vietnam to serve his country. He was 24 and a second lieutenant in the United States Army. Only a few weeks earlier, Edward stood proudly in the formal blue uniform of an Army officer when his namesake son was baptized. The baby was less than a month old when Lieutenant Domanico headed to war.

This isn’t an elegy. A year later, my brother returned with sound mind and body. He lived to age 65; he and his wife saw their three children grow and enjoyed the arrival of five grandchildren. Still, one can’t have a combat record without it leaving an impact. I think Ken Burns got it right when he titled the last episode of his Vietnam series “The Weight of Memory.” Though Ed never spoke much about his war experience, at times you could sense that he was carrying a weight. His life was undoubtedly full, but he died too soon of cancer that was perhaps related to his service. After all, who knows what long-term impact stress and pathogens—both natural to the jungles of Southeast Asia and from the chemicals dropped from its sky—have on one’s body?

Ed hated the way Hollywood commonly portrayed Vietnam veterans as somehow broken or crazed. He was a stoic by nature, and he knew the true nature of those who served. He did enjoy Good Morning Vietnam—Robin Williams’s manic rants made him laugh—and Forrest Gump, from which he loved the lines, “In Vietnam, you walk around a lot” and “One day it started raining.” But his experience, though rarely spoken of, was certainly far from comical.

By 1970, President Richard Nixon was beginning a deescalation of American involvement, though too slowly for those protesting the war. Lieutenant Domanico was assigned in an advisory capacity to the Army of the Republic of Vietnam (ARVN). He described the arrangement as four Americans, four Australians, and 800 Vietnamese. In the first half of his tour, he was assigned to combat operations in and around Quang Ngai Province, an area described as having intense concentrations of both Viet Cong and Agent Orange. The few pictures of him from this time show a drawn and painfully thin young man. After six months in the field, Ed was assigned to a fixed post at a U.S. Army base, which he described as worse than combat, where he could at least try to believe that he had some control over his fate. By 1971, things were spiraling downward, and reports emerged of officers being killed by their own men. More critically, the Viet Cong were ascendant, and as my brother would report, they may well have been walking among you on the base in daylight and attacking you at night.

The war was lost by that time. The public had turned against it, and the enemy was proving better-trained and more capable than our elected officials had ever considered. Between 1967 and mid-1970, over 42,000 young Americans would lose their lives in Vietnam; 6,500 more would perish between then and 1975.

At the end of Ed’s year overseas, the Army pinned a Bronze Star on his chest, bumped him up to First Lieutenant, and presented him with a stack of ribbons and letters of commendation from the presidents of the Republic of Vietnam and the United States. These were packed away and left unseen until his children saw old pictures in preparation for his wake and funeral in 2012.

The weight of memory lingers for a long time. My brother only spoke of his war experiences a few times and never complained. In 2010, the last time that we attended a New York Mets game, there was the now-common salute to a veteran between innings. Our nation had been at war for nine years at that point; there were plenty of vets to salute. As deserving as these salutes were, I was reminded by his face that he and his generation of veterans never received that type of acknowledgement. Those slights don’t heal with time.

This November’s election will certainly be the last in which members of the Vietnam War generation run for office. No veteran of that war has ever won the presidency, and only two—John Kerry in 2004 and John McCain in 2008—have become the nominee of either of the major parties. Ed was born a month before and a few blocks away from the birthplace of our current president in Jamaica, Queens. In the late 1960s and early 1970s, our father, a postal worker, delivered mail daily to the Trump family home in Jamaica Estates, the wealthy part of town. He always spoke highly of them. Their son famously didn’t enter the army or go to war in 1970, but that was very common in those days. Trump’s opponent, Joe Biden, a few years older than the president and Ed, was kept from the war by law school and lifelong asthma. Many found a way out of serving; others went in their place. My brother, though, joined his fellow soldiers to fight for the cause of freedom. On this Fourth of July weekend, let us honor and remember their patriotism. 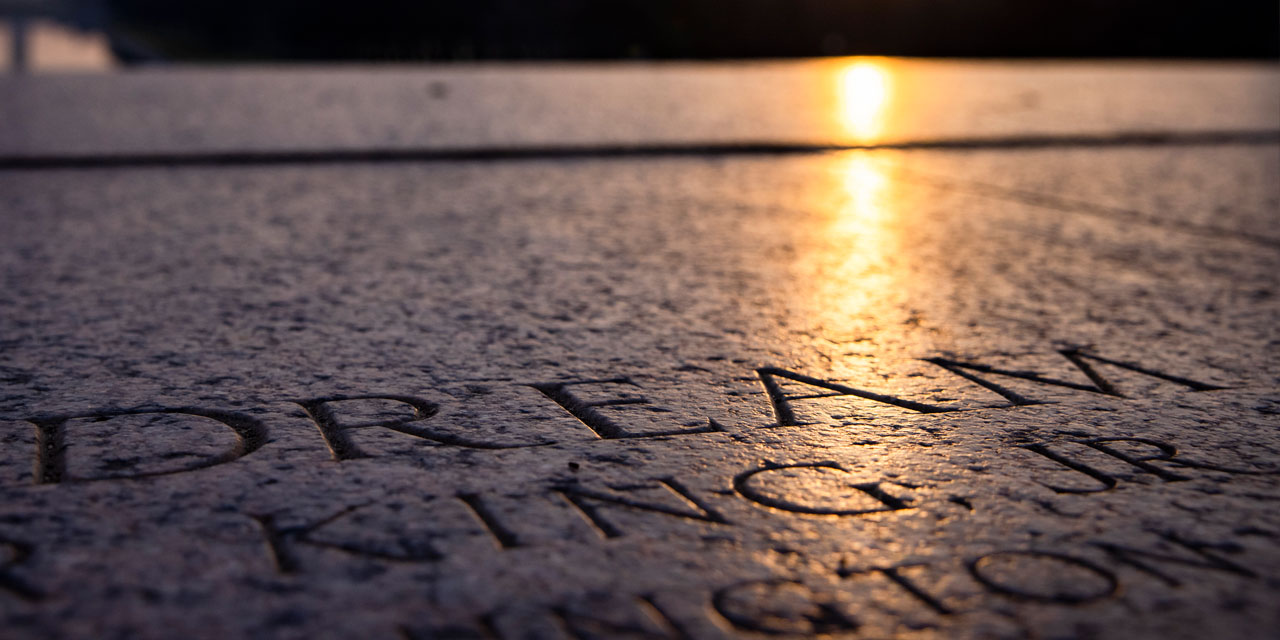 What King and Others Wrought