An Unsettling Year for Schools 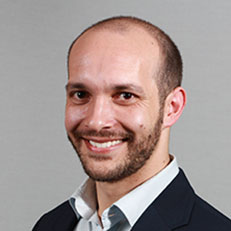 Next year will be Bill de Blasio’s last full year in office. How would you characterize the mayor’s legacy when it comes to New York schools?

It’s hard to see a silver lining for New York City students from de Blasio’s tenure. He pushed schools to reduce suspensions aggressively, which undercut teachers’ authority and destabilized classrooms. He talked a lot about equity, but when you dig into data from the National Assessment on Educational Progress, black fourth- and eighth-grade students in 2019 were about a year behind where their peers were in 2013. De Blasio has pushed a strong strain of identity politics and critical race theory, and I fear that teaching students that they are oppressed and that the system is rigged against them becomes a self-fulfilling prophecy. At least he hasn’t taken decisive action to overhaul admissions to selective high schools—but he still has a year left.

What have we learned from our great national experiment in remote schooling?

The past year has been an eye-opener for parents. Many have realized that the closure/reopening decisions had mostly to do with partisan politics and union power, and this has been a huge trust-breaker. Many parents have been shown just how slapdash a lot of public school instruction can be; others are waking up to the fact that many schools are beginning to teach critical race theory, a harsh ideological dogma.

How has the pandemic affected the political debate surrounding school choice?

It hasn’t escaped the notice of parents that many private schools and charter schools were able to stay open or provide high-quality online instruction, even as traditional public schools kept their doors closed and struggled to get synchronous online instruction up and running. The pandemic has done a great deal to normalize homeschooling for many parents. A poll by EdChoice found that a majority of parents have either formed a “pod”—a small, personalized learning community—or are thinking about forming one. I suspect that “pods” may become a permanent fixture in the United States, if educational entrepreneurs can figure out how to deliver them at a low price.

You’ve written a great deal over the past year tracking the inroads that critical race theory has made into public schools. Is this a trend you expect to rise or fall in the coming year?

I expect it to rise substantially. Some believe that Donald Trump has been the catalyst fueling the expansion of critical race theory across America’s institutions—and that once he is gone, it will recede. Maybe they’re right. But now that critical race theory has gained such a strong foothold, I think it will continue to expand, even in the absence of the “resistance.” And Joe Biden has given every indication that his administration will back the movement. His transition team has promised to rescind Trump’s executive order against race and sex stereotyping. My greatest worry about a Biden administration is that it will go much further, using the Office for Civil Rights to mandate, in effect, that school districts embrace and operationalize this ideology.

What book or books have you read lately that shed light on what we might expect for 2021?

Most of my nonfiction reading lately has, sadly, been about critical race theory and identity politics. Cynical Theories, by James Lindsay and Helen Pluckrose, is an invaluable primer for anyone trying to understand what this new set of jargon means and what its architects intend. Joshua Mitchell’s American Awakening is thus far the most profound meditation on what identity politics truly represents, which is, he argues, the shunting of traditional Christian beliefs about transgression and innocence from the personal and spiritual realm into the political world. The post-pandemic, post-Trump presidency will not, I fear, mark a “return to normalcy.”

This Will Go On Your Permanent Record

Max Eden A student data breach in New York City raises the question: Should schools be in the business of collecting highly sensitive personal information?
eye on the news

Max Eden Title IX due-process protections have nothing to do with the district’s failure to address a sexual-assault scandal.
Saved!
Close