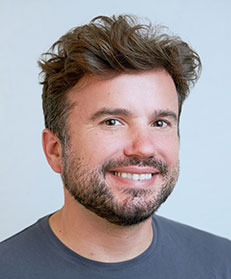 Michael Gibson discussed his move to Los Angeles, California’s hostile business environment, and the failure of meritocracy with Charles F. McElwee, assistant editor of City Journal. Gibson is cofounder of the 1517 Fund, a venture-capital firm backing founders at the earliest stages of their careers and companies

Earlier this year, you moved to Los Angeles from San Francisco. How is the transition going?

It felt like the opening minute of Randy Newman’s song “I Love L.A.” Looking back on the twentieth century, I recall it was Los Angeles that was always the city of the future, and the city of craft and guilds. Every movie was essentially a six-month startup that brought together know-how and expertise from so many different areas: art, set design, costume, carpentry—and all the weirdly named professions like grips, gaffers, and boom operators. That ethos still lives on in the spirit of the place. With SpaceX and other aerospace companies making headway, I wouldn’t discount Southern California in the race to become the next big creative cluster. Of course, Sacramento may ruin the entire state before that happens. But that’s another story.

Your article from City Journal’s Spring issue, “America’s Havana,” describes your decision to leave San Francisco. How has the city been faring since?

The major tech companies shifted to remote work in early March, and the city followed quickly with a shelter-in-place lockdown. So, the city has flattened the curve and deserves some credit for that. A friend, an ER physician, tells me that it has felt like the calm before a storm that never comes. Few cases have come through the doors; I hope it stays that way. The social issues remain unaddressed, though. With tech workers fleeing, rents have come down a bit, but it’s unclear if the tech companies will return after the crisis subsides. Twitter has announced that its workforce can stay remote, and Facebook would like to see 50 percent of its workforce working remote in the next few years. The city’s $12 billion budget is going to get squeezed since the tax revenues from tech employees will have vanished. I don’t see any of the social ills getting proper attention. I’m frightened by what homelessness and crime are going to look like when San Francisco is deep in the red.

What does the recent urban unrest portend for Los Angeles?

It’s hard to say. If we step away from Los Angeles in particular, and consider U.S. cities in general, then the key question is whether the urbanizing trend of the last 40 years will continue at the same rate. The good life of restaurants, theater, bars, and art shows has acted as a magnet drawing people into cities. Urban economists tell a story about increasing returns to scale, with greater density leading to more innovation, since people and ideas blend together in the cauldron of city life. It’s true that city workers are more productive and therefore earn more. So, the question is whether the threat of violence offsets all this now. In an ideal world, it would be possible to bring much-needed reforms to policing while working to ensure that basic rights to life, liberty, and property are enforced—but I’m not so sure that many cities will find that balanced path to reform. They may instead usher in more chaos. I hope L.A. is not one of them.

Could this year of tumult have any effect on California politics?

California is too large, with too many competing interests, too many vetoes, too large an establishment, and too many ideas weakened by committees and coalition building. The only thing that the state assembly can consistently agree on is spending more every year and then eventually increasing taxes. If this hostile environment for business continues, then people will leave in greater numbers. The Golden Goose is tech, but I’m not confident she’s going to keep laying golden eggs the way she’s being treated. Like San Francisco, California as a whole depends on tax revenues from Silicon Valley to sustain its government services. If chaos and violence accelerate the end of innovation in California, then the whole state goes down with it.

The failure of meritocracy and the end of the scientific revolution. This pandemic blew through our Maginot Line and has exposed the feeble state of our science: we don’t have testing at scale; the FDA, the CDC, and the WHO are bureaucratic, feckless, and unreliable; and we lack treatments and vaccines. Some of these are coming online now, but far too late. We are in the twilight of authority. If we had innovated faster in the past, and made discoveries at a quicker clip, this disease wouldn’t have caused us so much trouble. Progress outside of computers has stalled over the last 40 years; the cultured class in charge of our institutions is to blame.

A Short Treatise on the Metaphysics of Tsunamis, by Jean-Pierre Dupuy. The Covid-19 pandemic resurfaces many of the fundamental questions of philosophy. What are the bounds of human responsibility in a catastrophe? Can nature be evil? I hold the admittedly extreme view that all tragedies, even natural disasters, are caused by insufficient knowledge. Dupuy challenges that assumption on moral grounds, and I enjoy grappling with his arguments against it.

Can We Have Progress Again?

Next Year in Digital Jerusalem

Michael Gibson Technology has helped entrepreneurs launch new companies and currencies. Will it help them start a new nation?
books and culture

Michael Gibson A new book argues that Silicon Valley was built on sand.
More on

Steven Malanga Even as the world celebrates soccer as a “people’s game,” youth sports are disappearing in America’s inner-city precincts.
eye on the news