Living in Manhattan During the Pandemic 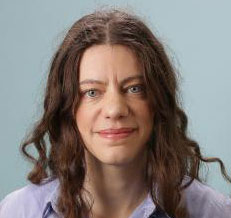 Nicole Gelinas is a senior fellow at the Manhattan Institute, a contributing editor of City Journal, a columnist at the New York Post, a CFA charterholder, and the author of After the Fall: Saving Capitalism from Wall Street—and Washington. Before joining City Journal, she was a business journalist for Thomson Financial, where she covered the international syndicated-loan and private-debt markets. She holds a B.A. in English literature from Tulane University.

How would you describe living in Manhattan during this period?

Disorienting. The city has been turned inside-out. In normal times, core midtown, where I live, would be the most crowded part of the city, by virtue of the trinity of office workers, tourists, and nearby residents. In late summer, it would be hard to navigate the sidewalks around Rockefeller Center and Herald Square, as there would be so many American, European, and Asian tourists. Since May, though, the rest of the city has come slowly to life. In Manhattan away from midtown—west of Eighth Avenue to the river, for example—outdoor restaurants are full of local residents. But because of the lack of office workers and global tourists, the core of midtown is still largely empty.

What does the future hold for New York City?

That depends both on governance and just plain luck. The luck part is easier, as it is out of our hands: an effective vaccine for Covid-19 would obviously be helpful, as the entire purpose of the city is crowds, which are now dangerous. Even with a vaccine, though, the city’s management of the pandemic has revealed real leadership failures. Violent crime is up, and the livability of the city is down, even as Mayor de Blasio muses about raising taxes—which won’t encourage the hundreds of thousands of wealthier residents who have fled to return soon.

Politically, New York needs a cross-neighborhood coalition on livability to organize itself before next June’s Democratic mayoral primary and demonstrate that it will vote, in a bloc, for a candidate focused on crime and quality of life.

Economically, in the near term, the best hope for the city’s core would be the revival of live entertainment—Broadway, sporting events, and concerts—and, relatedly, global tourism. That’s likely impossible, at least over the next few months; the public-health risks are real. But there is pent-up demand for such entertainment, which, by definition, cannot be replicated at home. Conversely, the demand to return to the five-day-a-week office routine, while easier to accomplish from a public-health perspective, is lower. There is also demand for quirky retail: Kinokuniya, the Japanese bookstore near Bryant Park, has customers, as does the beading-supply store next door.

How could an urban exodus affect the suburbs?

I think the people who are panic-buying in the suburbs of New York, Connecticut, and New Jersey are overpaying. The value of these suburbs is closely connected to their commuting distance to New York. If New York City’s office market does not recover quickly—the premise of this urban exodus—then this commuting value is lower. Apart from today’s valuations, it is not good, from an environmental perspective, a traffic-congestion perspective, or an economic-mobility and opportunity perspective, to see a mass movement to car-dependent suburbs. Long-term, it also makes no sense: suburbs can’t absorb millions of new residents without becoming more like cities themselves—exactly what people are fleeing. Cities, though, must become friendlier to middle-class families, apart from the public-health issues of the pandemic.

It’s hard to find much good news in a year dominated by Covid-19, but one new trend will be beneficial, if it lasts: paying down debt. Americans fortunate enough to keep their jobs and income have repaid a record level of credit-card borrowing, with more than $100 billion—more than 10 percent—of this debt paid down over the past two quarters. With most travel and entertainment off limits, of course, there is less to spend money on right now. But perhaps people will change some of their spending habits over the long term, as they grow accustomed to zero balances and zero interest charges each month.

In my socially distanced Manhattan backyard—it’s communal, but I’m usually the only one out there—I’m on the second novel of Elena Ferrante’s Neapolitan quartet, The Story of a New Name. Ferrante chronicles the lives of a band of poor kids in postwar Naples, when the city was war-humbled and insular, with people’s horizons not going beyond a few blocks of the neighborhood. For nonfiction, I am about to start Jonathan Mahler’s Ladies and Gentleman, the Bronx is Burning, which I bought at the Japanese bookstore this week—an example of fortuitous in-person browsing.

Nicole Gelinas Too-low interest rates caused unsustainable growth not just in the auto market, but in the economy at large.
eye on the news

Nicole Gelinas By blowing one New Year’s deadline while meeting another, New York prioritizes marijuana over transit.
More on