Liberty, Government, and the Preservation of Civil Society

It’s a profound statement, easily overlooked: that governments are instituted to secure rights. The Declaration of Independence’s previous line, arguing that we are created equal and endowed with unalienable rights, gets all the publicity. But throughout history, it has often been public authority that threatens freedom—regulating expression, prohibiting religion, confiscating property, denying due process. So it’s worth remembering that our first founding document hands government the task of preserving liberty.

The history of common law and republicanism and theories about liberalism informed how America’s governing charter might accomplish this. Our Constitution guarantees a republican form of government. It creates separate branches. It enumerates powers. It lists rights. In total, these strategies have helped produce and protect American freedom.

But over the last few centuries, experience—in America and elsewhere—has taught us that there is another necessary bulwark against tyranny: the collection of voluntary associations that make up civil society. These groups—from churches and synagogues to softball leagues and food banks to local unions and PTAs—are typically small and homegrown. They enable us to get things done in our communities. They engage our time, energy, and loyalties. They form us. They preserve citizens’ varied traditions and ways of life. As such, they distribute power, resources, and attention.

It’s no coincidence that revolutionaries and authoritarians seeking to capture and consolidate power routinely move to eliminate civil-society bodies. Aspiring despots know that in order to augment the state’s authority, you must get rid of the constellation of close-to-home organizations that help shape day-to-day life. Recognizing this, we should change how we think about the relationship between government and civil society. If government is charged with preserving liberty, and if civil society is essential to liberty, then government must protect the institutions that populate the space between the individual and the state.

The Left, with its technocratic bent and progressive understanding of social justice, often sees civil-society groups as perpetuating discrimination and atavistic, unscientific beliefs and practices. Left-of-center politicians and the increasingly left-leaning world of philanthropy miss the virtues of a dynamic social sector comprising a wealth of community-based organizations, including longstanding, traditional, and faith-based groups. Nationalists and the “post-liberal” Right, for their part, give too little attention to the importance of small, local, varied groups in a diverse, continental republic. The libertarian Right, leery of entangling nongovernmental bodies with the state, hopes that citizens will organically revive civil society without government intervention.

We lack a comprehensive, actionable governing agenda to set things right when we need it the most. On the legal front, we need a concentrated effort to explain to the courts the indispensable role that voluntary associations and other local mediating bodies play in protecting liberty. For there to be a thriving nongovernmental sector, our courts need to protect the prerequisites of associations. This includes freedom of speech, religion, assembly, and more. Freedom is not a centrifugal force that pushes people away from one another; it is a centripetal force, pulling them closer. Free individuals want to gather. They do so to find safety, meaning, and camaraderie, collectively seeking strategies for amplifying human strengths and inhibiting dangerous human impulses. Guarding our core individual freedoms is how we foster civil society. By protecting rights, government creates conditions in which people can associate freely, enabling them to pursue the good life.

A legal system that picks which associations to defend, providing limited protections to groups that the state dislikes or deems less important, diminishes individual agency, group difference, and the capacity of civil society to restrain the government. As Justice Robert Jackson wrote in West Virginia State Board of Education v. Barnette (1943), the “freedom to differ is not limited to things that do not matter much. That would be a mere shadow of freedom.”

Recent Supreme Court decisions like Trinity Lutheran and Espinoza, which stop state governments from discriminating against faith-based groups, are encouraging—but the courts must understand why their decades-long practice of granting special protections to “intimate” and “expressive” associations, and less to others, is misguided. People assemble in countless ways for countless reasons—not just to be intimate or to express views. The strength of American civil society is contingent on our respect for and defense of American pluralism.

Voluntary associations also need latitude in controlling membership—that is, who participates. A shared sense of purpose brings people together, nurtures trust, preserves ways of life, and facilitates cooperative work. We must enforce anti-discrimination laws that shield protected classes from unjust treatment. But we must also enable sororities, churches, political-advocacy groups, and other associations built around common beliefs to assemble. Striking this balance can be difficult, but the freedom to associate loses meaning proportionally to the government’s increased regulation of who associates and how. The recent Supreme Court decision in Our Lady of Guadalupe preserves the ability of religious institutions to make employment decisions associated with matters of faith and doctrine, free of government interference. We should explore the extent to which nonreligious groups should enjoy similar protections.

The area most in need of increased legal activity relates to purposes. People don’t come together merely to be together; they assemble to get things done. When an organization’s purpose disappears, the organization soon starts to wither. Some of this is natural and unavoidable. Advances in refrigeration decreased the need for milkmen; associations representing milkmen should be expected to fade. But new government agencies taking over spheres of life (say, in social services, education, or community development) can steal the reason-for-being of an entire ecosystem of mediating bodies. An ostensibly neutral government action could have the effect of devastating civil society—and liberty as a consequence. It’s time for courts to scrutinize how the growth of the state—e.g., a sweeping health-care law, massive early-childhood-education programs, major housing projects, occupational licensing—undermines voluntary associations.

While it’s important to engage the legal community in the protection of civil society, we must also reorient the thinking of policymakers. In 1998, the Council on Civil Society smartly recommended evaluating public policies using a “civil society model,” inquiring, “Will this policy strengthen or weaken the institutions of civil society?” But we need to go further: we need policymakers not just to formulate policy proposals; we need them to begin with the end in mind—the health of civil society—and then ask what policy can do to help. My argument is, in a sense, a re-articulation of the Peter L. Berger and Richard John Neuhaus project of more than 40 years ago, in which they made the case for utilizing public policy both to protect and foster mediating bodies and to enable those bodies to accomplish socially beneficial purposes.

When a government decides that a social challenge needs to be addressed, it need not fund an existing public entity (or create a new one) to try to solve the problem in a uniform and morally anodyne manner. It can instead empower civil society to step up. The nongovernment sector abounds with varied groups, which reflect American diversity and pursue vastly different strategies. Beyond providing services, these groups also generally transmit norms of behavior, which can help solve the social problems being addressed.

In fits and starts, government has made use of this strategy in recent decades. It can be seen, for instance, in Ronald Reagan’s call for an “end to giantism” and a return to small-scale local organizations and in George H. W. Bush’s lauding of “tens of thousands of ethnic, religious, social, business, labor union, neighborhood, regional and other organizations, all of them varied, voluntary and unique.” It can be seen in the charter school movement launched by Minnesota in 1991, in the various initiatives discussed in the 1992 book Reinventing Government, and in Bill Clinton-era “charitable choice” programs. It can be seen in George W. Bush’s Office of Faith-based and Community Initiatives and in the Social Capital Project of the Senate’s Joint Economic Committee.

Government support can include grant programs that enable nonprofits to compete for public funds or start-up dollars that help social entrepreneurs launch new nongovernmental organizations. In some instances, a geographic area will already have a network of nonprofits, so short-term aid directed to some of these will be a sound strategy. In other cases, strong, successful organizations might replicate or expand with a jolt of capital. Some areas may have lost most of their mediating bodies, so a funding strategy to help seed and develop new associations will be needed. This can be accomplished through grants to organizational founders or vouchers to individuals, who then direct the aid to providers of their choice.

The government can also offer incentives for private investment so that the state’s role in civil society is less direct. These include greater tax-deduction benefits for charitable giving and tax-credit programs that encourage private donations—individual or corporate—to specific causes. Governments can use social-impact bonds, which enable private investors to fund novel approaches to problems, with the possibility of private-sector financial returns if the initiatives succeed. And governments can create Opportunity Zone-like programs that use the tax code to encourage individuals and corporations to invest in particular regions and/or organizations.

In short, we need both legal and policy strategies for preserving the mediating bodies of civil society. One timely example is the need to shore up the K-12 private schools serving low-income kids—schools now in grave danger of closing en masse because of the Covid-related economic crisis. More than 100 private schools have already closed since the lockdowns. Today’s forced economic slowdown is an aberration, one that we’re unlikely—with any luck—to see again in our lifetimes. The federal government has helped individuals and businesses get through it with various initiatives. Non-public schools are an important part of civil society; they reflect the wide diversity of American history and culture, they are often longstanding institutions, and they provide valuable benefits to students and communities. Schools serving low-income students give families options other than assigned neighborhood public schools, which might be low-performing or unsafe. Short-term aid, in the form of scholarships, tax credits, or grants, could help these schools weather this storm.

Without support, potentially hundreds of these schools will close for good. Some analysts have focused attention on the price that students would pay (and the expenses public schools would have to absorb) should the nation’s private-school sector collapse. Those are important considerations, but my focus is different. Since our founding, Americans have believed that governments are formed to protect our natural liberties. Thanks to centuries of experience, we now know that civil society is an essential contributor to our freedom. We must recognize that the government has a duty to help preserve America’s mediating institutions.

Andy Smarick is a senior fellow at the Manhattan Institute. 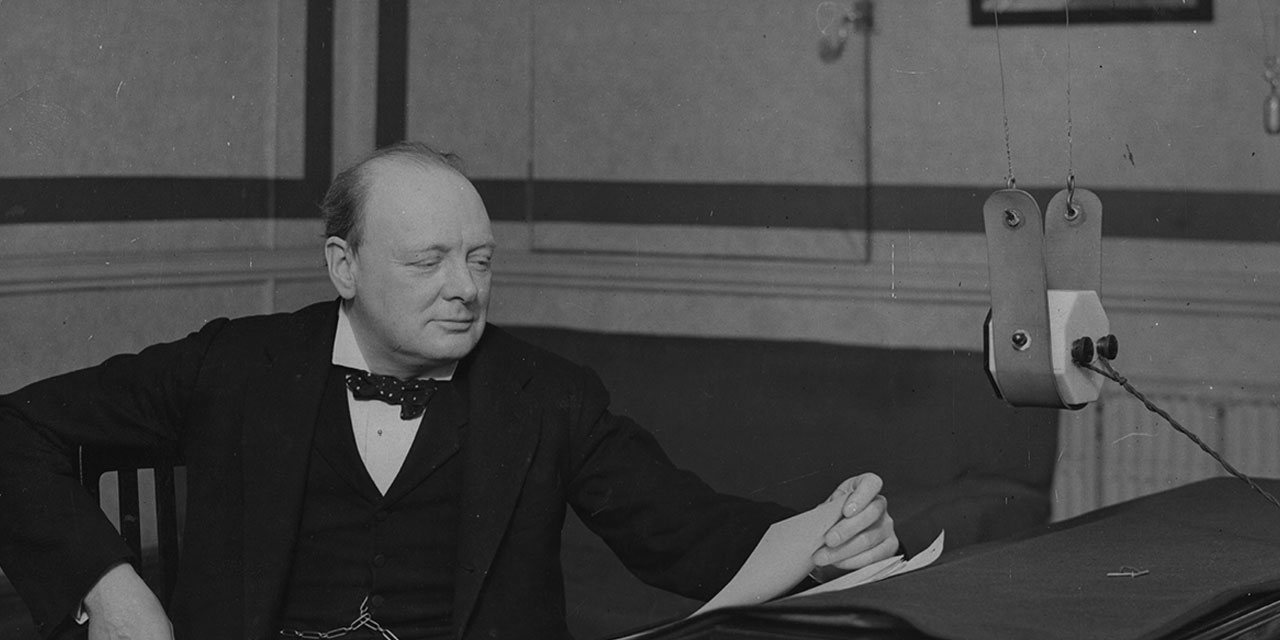 On Practical Wisdom in Statecraft

Andy Smarick “Common sense” and technical expertise are no substitute for governing experience.
More on