Friday night, the news wires carried 2020’s latest surreal news: U.S. Supreme Court Justice Ruth Bader Ginsburg had died. The news was not shocking on normal terms, of course: Ginsburg was an 87-year-old survivor of multiple cancers, including the pancreatic cancer that ultimately took her life. But with less than two months between now and a national election in which the presidency and the Senate are in play, the question of who fills her seat on the high court, and when, understandably jumped to the fore. The political wrangling began immediately.

Like Scalia, Ginsburg was a quintessential New Yorker. Born and raised in Brooklyn, she was the second daughter born to Celia and Nathan Bader. Her father emigrated from Russia, her mother’s parents from Poland. If Scalia’s early life paralleled that of many New York Italian-Americans, Ginsburg’s was prototypical for those in New York’s Jewish community. She attended a Conservative synagogue and went to Jewish summer camp upstate at Camp Che-Na-Wah.

An academic star at Public School 238 and James Madison High School in Brooklyn, Ruth Bader went to Cornell, where she graduated Phi Beta Kappa. There, she met Martin (Marty) Ginsburg. He graduated a year ahead of her and left for Harvard Law School before her senior year. They were married before Ruth’s graduation and moved to Oklahoma, where Martin had been called on military assignment. While there, Ruth gave birth to her daughter Jane, now a law professor at Columbia. (Ruth Bader Ginsburg herself became Columbia Law School’s first female tenured faculty member.)

When Martin and Ruth returned to Cambridge, she applied to and enrolled in Harvard Law School, one year behind her husband. She was one of nine women in a class of 500. After Martin graduated from Harvard and took employment in New York, she followed him—transferring to and finishing her legal education at Columbia. Despite serving on the law reviews of both Harvard and Columbia and finishing tied atop her law school class, Ginsburg found employment opportunities scarce. She interviewed with twelve New York law firms but received no offers. A Harvard professor had recommended her for a clerkship position with Felix Frankfurter, the Supreme Court’s only Jewish justice at the time, but Frankfurter said that he wasn’t ready to hire a woman. She ultimately secured a district court clerkship instead with Judge Edmund L. Palmieri, who hired her based on the forceful recommendation of her Columbia law professor Gerald Gunther. (Gunther told the judge that he’d never recommend another student for a clerkship if Palmieri didn’t hire Ginsburg.)

After her clerkship, Ginsburg was a researcher at Columbia and then took a faculty job at Rutgers in 1963, earning tenure in 1969. Her early focus was on civil procedure—and it was in this area of law that she would often write for the Supreme Court later on. But she soon took up the mantle of fighting sex discrimination in American law. Ginsburg co-founded the Women’s Rights Law Reporter, the first journal of its kind, in 1970. She co-wrote the Supreme Court brief in Reed v. Reed, the 1971 case in which the Court overturned an Idaho law that gave preference to males over females in serving as estate administrators. The next year, she co-founded the ACLU’s Women’s Rights Project, becoming its general counsel one year later.

Ginsburg soon emerged as the country’s foremost legal advocate arguing sex-discrimination cases. She argued six cases before the Supreme Court in the 1970s, winning five. In every case she argued, she targeted laws that treated men and women differently. The outsize role Ginsburg played in pulling American law toward one that treated men and women equally ensures that her place in legal history would have been secure even if she had never made it to the Supreme Court.

In April 1980, President Jimmy Carter nominated Ginsburg to the U.S. Court of Appeals for the D.C. Circuit. She served there for 13 years, often working collegially with colleagues with different judicial views—among them Robert Bork, Antonin Scalia, and Clarence Thomas. Her special friendship with Scalia was well-chronicled.

By the time Ginsburg was nominated for the Supreme Court by President Bill Clinton in 1993, the confirmation wars had already gotten underway. In 1987, the Democratic Senate had rejected Republican President Ronald Reagan’s Supreme Court nomination of Bork—only confirming the president’s third choice, Anthony Kennedy, the following year. In 1991, President George Bush’s nomination of Thomas initiated a furious confirmation battle, with a narrow 52-48 majority to confirm. Despite this recent history, Ginsburg’s nomination was confirmed by near acclamation, 96-3. Never since has a Supreme Court nomination been so broadly accepted across party lines; absent major changes in the Court’s role or our political process, I expect one never again will.

The confirmation process has become so contentious in part because we have delegated so many of our most important political decisions to the Court—a group of nine unelected judges, mostly advanced in age, generally without any connections to the common voter. The concept of judicial review of executive and legislative actions for constitutional propriety is deeply entrenched in American government design. And judges are not the only unelected officials with vast government authority; as I’ve chronicled in City Journal and a new book, our lives are substantially governed by an array of public-sector officials like regulators and prosecutors, as well as private lawyers and state and local officials with no national mandate. Supreme Court justices have themselves enabled this state of affairs, increasingly becoming the ultimate arbiters of fundamental questions.

Given the elevation of the Court’s role in our national life, it’s perhaps unsurprising that 21 percent of voters interviewed by exit pollsters in the 2016 election viewed Supreme Court appointments as the “most important” factor determining their vote for president. It’s a phenomenon that would doubtless shock most of the nation’s Founding Fathers. Alexander Hamilton famously dubbed the judiciary the “least dangerous branch.” In the early years of the republic, justices would often step down from the role, which regularly involved not sitting on cases at the high bench but “riding circuit” to conduct federal trials around the various states. James Madison had trouble even filling a Supreme Court vacancy during his presidency.

Ginsburg was herself not insensitive to how the Court’s expanding role in resolving contentious political issues risked fomenting public discontent and undermining the judiciary’s legitimacy. Though she defended the Supreme Court’s abortion jurisprudence as a justice, she also spoke about how the Court may have overstepped its role in Roe v. Wade (1973), which articulated a nationwide abortion-rights regime anchored in the justices’ conception of the Constitution. In Ginsburg’s view, the Court “could have waited” on the issue: “Very often the Court decides, ‘Yes, this is an issue we should deal with, but we should let it percolate a little longer’ . . . . So instead of rendering a decision that made every abortion law in the country invalid, even the most liberal, the Court could have rendered a more moderate and restrained judgment.” (Ginsburg contrasted Roe with Brown v. Board of Education (1954), when the Court overturned its 58-year-old precedent that had permitted state governments to separate facilities based on race—which had enabled a racial “apartheid” system that the political process had been unable to correct.)

Though Ginsburg’s death has roiled American politics, the roiling should be kept in perspective: a majority of Americans cannot name a single Supreme Court justice, according to some surveys. The most-well-known, however, was far and away Ginsburg. That’s unsurprising, given her age, tenure, and personal history. But like her late friend and colleague Scalia, Ginsburg’s personal following owes in no small part to her ability to pen the sharply worded dissent when she thought that the Court had stepped out of line. In Shelby County v. Holder (2013), in which the Court threw out congressional reauthorization of state “preclearance” provisions initially enacted in the 1965 Voting Rights Act, she was unsparing: “Throwing out preclearance when it has worked and is continuing to work to stop discriminatory changes is like throwing away your umbrella in a rainstorm because you are not getting wet.”

The Shelby dissent prompted a law student to create an online Tumblr account—and later a book—dubbing Ginsburg the “Notorious R.B.G.,” an eponym of the moniker used by rapper Biggie Smalls. Kate McKinnon began portraying the justice regularly on Saturday Night Live. In 2018, two biopics on Ginsburg’s life hit American theaters. No modern Supreme Court justice has had such a prominent public profile.

Whatever one’s views of Ginsburg’s jurisprudence on the Supreme Court, it’s impossible to deny the influence she had on American law and society. And, on a personal level, she displayed an uncommon grace, as testified to by the numerous young attorneys she mentored—including longtime Manhattan Institute senior fellow Peter Huber, who served as her law clerk on the U.S. Court of Appeals for the D.C. Circuit.

Judge Jeffrey Sutton, now on the Sixth Circuit Court of Appeals, has reflected on a visit he had with his own mentor, Justice Scalia. The late justice pointed to two-dozen roses he needed to take down to “Ruth” for her birthday. Sutton prodded the justice: “So what good have all these roses done for you? Name one four-five case of any significance where you got Justice Ginsburg’s vote.” Justice Scalia responded simply: “Some things are more important than votes.”

Just so. One hopes, in the certain-to-be contentious days ahead, as the political branches jostle over filling this Supreme Court vacancy, that people on both sides can assume some semblance of Ruth Bader Ginsburg’s personal dignity and generosity.

James R. Copland is a senior fellow with and director of legal policy for the Manhattan Institute and the author of The Unelected: How an Unaccountable Elite Is Governing America.

The Four Horsemen of the Regulatory State

The Four Horsemen of the Regulatory State

James R. Copland With a strong possibility of divided government, the principal battlegrounds for changing policy could revert to unelected rulemakers and enforcers. 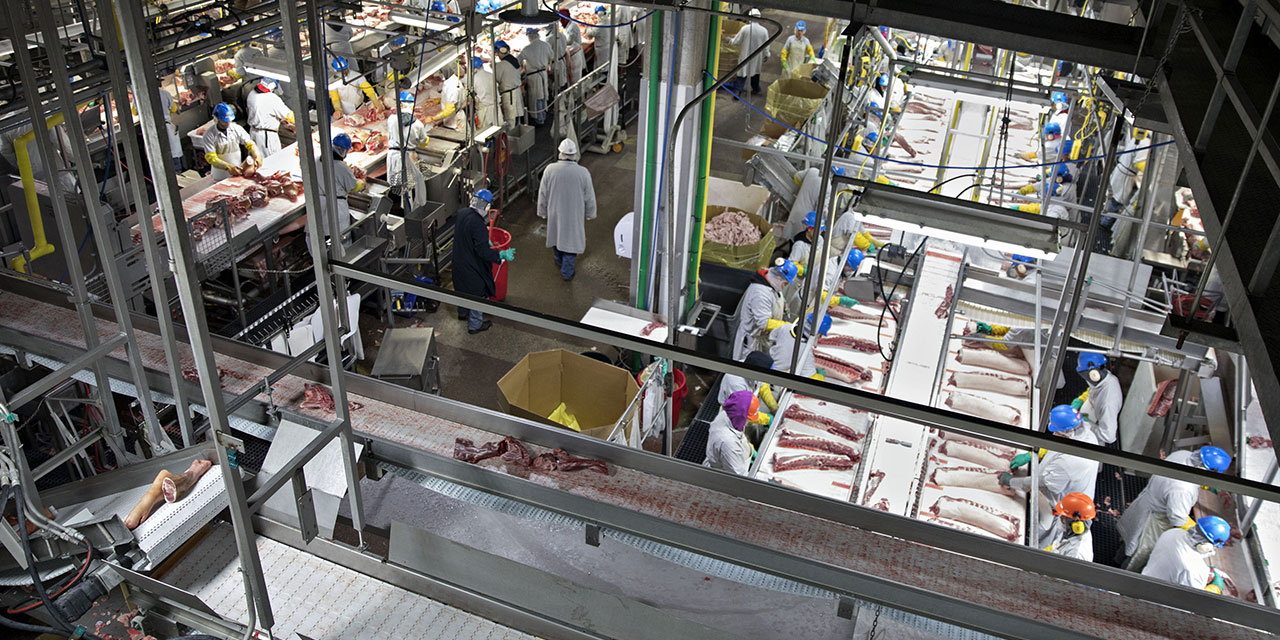